John Lennon, founding member of The Beatles, was one of the most controversial people in America during the 60s and 70s.

And he still is today. 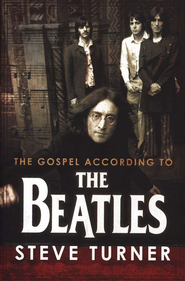 Not too long ago, a fascinating interview with Lennon from 1969 has resurfaced.  The interview was lost for around 30 years and only recently emerged.

No doubt, many of you are aware of this, but in 1966, Lennon put his foot in the gluepot by making a statement published in a magazine wherein he said that The Beatles were “bigger than Jesus.”

(If you are reading this and you were part of any of those bonfires, would you please comment. I’d love to ask you about it.)

However, if one looks at the context of the statement, an important question emerges.

Was Lennon saying, “The Beatles are better than Jesus”?

“The Beatles mean more to many young people than Jesus does.”

If the latter was Lennon’s intention, can this be doubted?

Just look at old Beatle concert clips where millions of young teen fans are screaming out of obsession. The screaming was so loud that The Beatles stopped touring because they couldn’t hear themselves.

Where these particular people more in love with Jesus than with the “Fab Four?”

If this was his meaning, it was an indictment on the poor state of Christianity more than anything else.

Here are Lennon’s own words:

“It’s just an expression meaning the Beatles seem to me to have more influence over youth than Christ.  Now I wasn’t saying that was a good idea, ‘cos I’m one of Christ’s biggest fans. And if I can turn the focus on the Beatles on to Christ’s message, then that’s what we’re here to do.”

Nevertheless, that controversial question — which is open for interpretation — isn’t my reason for writing this post.

What the 1969 interview with Lennon reveals is that Lennon was genuinely interested in and fascinated by Jesus.

Certainly, Lennon had a bad taste in his mouth for organized Christianity when he was kicked out of church for giggling as a young boy. But Lennon said in this uncovered interview that his bad feelings were directed toward organized church, not at Jesus.

According to Lennon, it was “Christians” who made him not want to be a part of the church (as we know it). A common sentiment . . . even among many true followers of Jesus.

“If the Beatles get on the side of Christ, which they always were, and let people know that, then maybe the churches won’t be full, but there’ll be a lot of Christians dancing in the dance halls. Whatever they celebrate, God and Christ, I don’t think it matters as long as they’re aware of Him and His message.”

In his book, The Gospel According to the Beatles, Steve Turner said that there was a time in Lennon’s life where he wanted to really know who Jesus was. (Turner’s book is published by a Christian publisher.)

According to Turner, Lennon would often retreat from his high-profile public life and became a regular watcher of Billy Graham, Oral Roberts and Pat Robertson via their television programs.

The Jesus Revival was going on in North America during the early 70s and Lennon’s good friend Bob Dylan became a Christian around that time.

In 1972, Lennon wrote to Oral Roberts, in which he apologized and further explained his statement about being “bigger” than God. Here’s an excerpt from a letter that Lennon wrote to Roberts:

“The point is this, I want happiness. I don’t want to keep on with drugs. Paul told me once, ‘You made fun of me for taking drugs, but you will regret it in the end.’ Explain to me what Christianity can do for me. Is it phoney? Can He love me? I want out of hell.”

In turn, Oral Roberts sent Lennon a response giving him a detailed explanation of God’s love for him.

In 1977, Lennon became deeply moved by NBC’s broadcast of the movie Jesus of Nazareth,  even telling his friends that he had become a Christian . . . “born again.”

A week after seeing the film, Lennon attended a church service on Easter Sunday with his wife Yoko Ono and their son Sean.

During the same year, Lennon penned several songs to reflect the experience (“Talking with Jesus” and “Amen”).

According to Turner, Lennon even called The 700 Club for prayer.

The change in John Lennon’s life disturbed his wife (Yoko) who rejected his new faith, and eventually, after months of isolation in Tokyo, John ended up abandoning his faith.

While there is no evidence that Lennon returned to his faith when he was murdered in 1980, no one can be sure what was happening in his heart before he pierced the veil of this life.

Lennon knew the way to salvation, so perhaps in his dying moments he turned his heart to the Way, the Truth, and the Life. (Lennon lived several minutes after he was shot in the back four times.)

Only eternity will tell.

Order The Gospel According to the Beatles on Amazon

Order The Gospel According to the Beatles on ChristianBooks

November 9, 2016 Theological Books & Bible Commentaries That I Recommend
Recent Comments
14 Comments | Leave a Comment
"As of this date - Nov. 10, 2020 - millions haven't "moved on" -- they ..."
Frank Viola Can Trump Defy Gravity & Regain ..."
"In response to the question about the possibilities of Trump ascending to a second term ..."
Christiane Smith Can Trump Defy Gravity & Regain ..."
"Jesus new covenant blood is the most potent unifying force on planet earth. The Cross ..."
John Campbell George Floyd and More Screwball Conspiracy ..."
"I'm surprised there have been no comments on this. I understand what Jim is saying. ..."
Kostya2 GENESIS 3 CHRISTIANITY and My Journey ..."
Browse Our Archives
get the latest from
The Deeper Journey
Sign up for our newsletter
POPULAR AT PATHEOS Evangelical
1

The Institutions Americans No Longer Believe...
Cranach
Related posts from The Deeper Journey

Evangelical
Theology Doesn't Have To Be a Bloodsport
The Deeper Journey