People pour themselves into their own doctrines, and God has to blast them out of their preconceived ideas before they can become devoted to Jesus Christ.

With the popularity of his Chronicles of Narnia (selling millions), Mere Christianity, and The Screwtape Letters (both considered classics among evangelicals), Clive Staples Lewis is regarded by many to be a saint of evangelicalism.1

Christianity Today even called him “our patron saint.”2

According to Time magazine, Lewis was “one of the most influential spokesmen for Christianity in the English-speaking world.”3

According to J. I. Packer, Lewis was “a Christ-centered, great-tradition mainstream Christian whose stature a generation after his death seems greater than anyone ever thought while he was alive, and whose Christian writings are now seen as having classic status.”4

Because evangelical Christians, as a whole, regard Lewis to be the greatest apologist (defender) of the Christian faith in modern history, these beliefs of his will surprise (and perhaps even shock) many evangelicals because they are regarded to be unbiblical by evangelical standards.

1) Lewis believed in praying for the dead.

Of course I pray for the dead. The action is so spontaneous, so all but inevitable, that only the most compulsive theological case against it would deter me. And I hardly know how the rest of my prayers would survive if those for the dead were forbidden.13

Springing out of his belief of praying for the dead was his belief in purgatorial cleansing. According to Roman Catholic dogma, purgatory is the final purification of the elect after death.14

In A Grief Observed, Lewis talked about his deceased wife, Joy, connecting her to suffering and cleansing in purgatory. Lewis believed in salvation by grace, but he thought complete transformation was dependent upon one’s choice. Thus he felt that transformation can even occur after death, and some Christians need to be cleansed in order to be fit for heaven and enjoy it.

For Lewis, purgatory was designed to create complete sanctification, not retribution or punishment. So Lewis saw purgatory as a work of grace.

Here are some revealing quotes from Lewis:

To pray [for the dead] presupposes that progress and difficulty are still possible. In fact, you are bringing in something like Purgatory. Well, I suppose that I am. Though even in Heaven some perpetual increase of beatitude, reached by a continually more ecstatic self-surrender, without the possibility of failure but not perhaps without its own ardours and exertions—for delight also has its severities and steep ascents, as lovers know—might be supposed. But I won’t press, or guess, that side for the moment. I believe in Purgatory.15

3) Lewis believed that it was possible for some unbelievers to find salvation after they have left this world.

While Lewis didn’t subscribe to universalism or ultimate reconciliation, he did believe that salvation after death was a possibility for some.

His view was that some people may seek and find Christ without knowing Him by name. However, he was very clear that this was not “salvation by sincerity” or “goodness” but rather a Spirit-driven desire for God.16

For Lewis, Christianity is not the only revelation of God’s way, but it is the complete and perfect revelation. Lewis, therefore, didn’t hold to the idea that all roads lead equally to God. In addition, Lewis believed that time may not work the same way after death as it does in life. Thus all those who lived before Christ and after might be subject to the grace of repentance.17

Interestingly, Lewis’s distant mentor, George MacDonald, believed in ultimate reconciliation (meaning, hell will be empty because God will win everyone to Himself in the end). Lewis’s regard for MacDonald was incomparable.

He said of MacDonald, “I dare not say that he is never in error; but to speak plainly I know hardly any other writer who seems to be closer, or more continually close, to the Spirit of Christ Himself.”18

That’s quite a statement to make about someone you don’t fully agree with doctrinally. And it’s a perfect example of what it means to “regrace.”

The above is a short excerpt from ReGrace with the endnotes removed. There’s much more on Lewis and his views in the book.

March 11, 2019
The Shocking Beliefs of the Great Christians!
Next Post 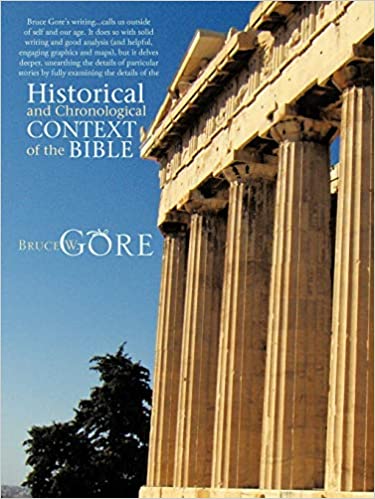