Dear Susan: We are Afraid of Church Judgment 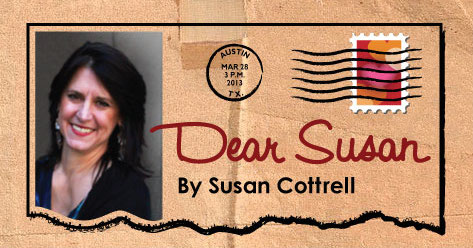 I can only imagine the rejection and judgment someone in the LGBTQ community feels – especially gays who happen to also be Christian. The ways they are hurt by the church and those in the church – all in Jesus’ name – breaks my heart.

I, as the parent of a gay child, have experienced a glimpse of that as I – along with so many of you out there like me – have indeed been on the receiving end of being shunned, attacked and judged – simply for loving our child unconditionally.

It is scary to be in that position. Our church is often part of our lives in many ways. I frequently talk with parents who have come out of their own closet – as parents of a gay child – who are fearful of church judgment. As my reader asks… “What do we do?”

I write Dear Susan posts every Friday. Sometimes they will be poignant, sometimes thought-provoking, sometimes tender, sometimes funny… but hopefully always worth the read.  🙂

If our Church ever found out about our gay son, we would be questioned and judged on our parenting, and he would be ostracized. We have always maintained a strong distinction between the sexes and have always followed traditional gender roles in our home. We don’t even believe in women wearing pants. What do we do?

I understand the fear of the church’s judgment. The stricter the church, the more they judge. But following rules does not make you more godly – following rules makes you more Pharisaical. And according to Jesus, that’s not a good thing! Jesus’ answer to people’s sin was to follow him. He did not “correct” people’s sin as much as point it out to reveal their heart to them. His solution was always the same: “Follow me!”

You tear your hair out, blaming yourselves for your son’s gayness, trying to find some unknown sin that caused it. But that is not the case. Consider Jesus’ words to those who were certain that the man born blind was because of someone’s sin – it just HAD to be. Their only question was: did the man somehow sin in the womb, or was it his parent’s sin?

Astoundingly, Jesus said, “Neither! It is for the glory of God!” — to reveal the fullness of God… which it did. (We’re still talking about it.) That is a stunning story. I entreat you to stop looking for whose sin “caused” your son’s gayness, and instead ask God how your son’s being gay will reveal God’s glory! How will it reveal the size and shape and color of God! How will people come to know who God is more fully because your son is gay!

Remember that Jesus profoundly broke all the boxes people had about God! Jesus was about helping people continue in the way they sat things but about giving them a whole new paradigm. In my observation, the gay kids coming out in these strict churches are the ones God is using to break open the boxes people like to shove God in!

So here’s the question: “Whose sinned caused my son to be gay — his or ours?”

And the answer: Neither! Your son is perfect as he is. His life is for the glory of God! And God is being shown to be bigger and broader and more wonderful than those who somehow justify excluding and judging gays had any idea of!

I hope your church can see that for themselves. 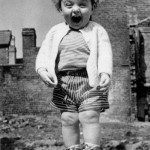 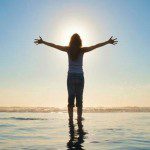 September 15, 2014 Why Didn't The Church Tell Me These Things?
Recent Comments
16 Comments | Leave a Comment
Browse Our Archives
get the latest from
FreedHearts
Sign up for our newsletter
POPULAR AT PATHEOS Progressive Christian
1