Being Gay and Christian Is Absolutely Compatible 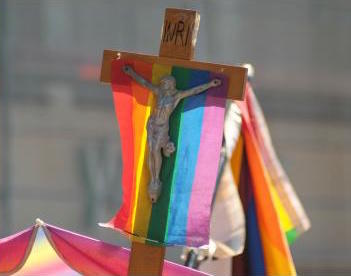 “When you write, “It’s the Christians against the gays. The close-minded against the open-minded. The hateful against the loving;” when you write that gay people “have a stake in both camps” it is too easy to infer, despite your two courageous examples, that being Christian and gay are incompatible.”

On March 27, the Indianapolis Star published an opinion piece by columnist Erika D. Smith regarding the Religious Freedom Restoration Act. The Rev. John Denson, from St. Paul’s Episcopal Church in Indianapolis, sent the following letter in response to Smith’s generalizations about Christians.

A  friend from Indianapolis shared this with us, and we would like to share it with you today.

A Letter from an Open-Minded Christian Community

In your recent column in the Sunday edition of the Indianapolis Star you wrote about the experience of gay Christians following the unfortunate passage of the Religious Freedom Restoration Act (RFRA). I want to start by applauding you for highlighting the pain that gay Christians are experiencing. You have reminded your readers that a law with the stated intention of protecting religious freedom is, sadly and ironically, causing many faithful people to feel trapped by the persistent and unjust bigotry of a few in the name of many. I share your condemnation of RFRA and of those who use Christianity as a defense of this law.

I am concerned, however, with what I hope was an unintended perpetuation of a generalization about Christians in your column. For too long all Christians have been labeled generically, as if we all believe and act in the same way. When you write, “It’s the Christians against the gays. The close-minded against the open-minded. The hateful against the loving;” when you write that gay people “have a stake in both camps” it is too easy to infer, despite your two courageous examples, that being Christian and gay are incompatible.

As a life-long Christian, an Episcopalian, an ordained priest and the straight father of a lesbian daughter I am continually frustrated with the limited view that is too often perpetuated in the media: that every Christian is a social conservative, that we all condemn those who are different from us, that we are all locked into a fundamentalist mindset that cannot see beyond the literal words of scripture to adapt our faith to a changing world. (The recent pastoral letter concerning RFRA by the Episcopal Bishop of Indianapolis articulates well an open-minded Christian perspective. If you have not read it, I hope you will do so.)

I lead a congregation that accepts as its mission the offering of a broad invitation to all people to enter into a renewed relationship with Jesus Christ. When we say all, we mean all. We accept all people as children of God and treat everyone in the same way: rich, poor; black, white; gay, straight; married, single; old, young. I could continue listing but I’m sure you understand. I have officiated at marriages of gay men, just as I would for a heterosexual couple, and baptized the children of gay couples, just as I would children of heterosexual couples. We have LGBT members in our parish leadership and on our parish staff. We live faithfully as one “camp,” one community. We seek to proclaim in word and action what St. Paul wrote in his letter to the Galatians: “There is no longer Jew or Greek, there is no longer slave or free, there is no longer male and female; for all of you are one in Christ Jesus.” (Galatians 3:28)

I invite you to visit us at St. Paul’s Episcopal Church. Come interview us and listen to gay and straight Christians together. Come and see us laughing and crying together, praying and singing together, doing the work of God together. Then, help us tell a different story, one not of separate camps divided by hatred but of one community united in Christ-like love. 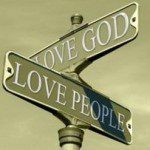 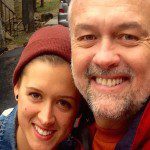