Dear Susan: My “Welcoming” Church is Not So Welcoming After All

Dear Susan: My “Welcoming” Church is Not So Welcoming After All May 1, 2015 Susan Cottrell 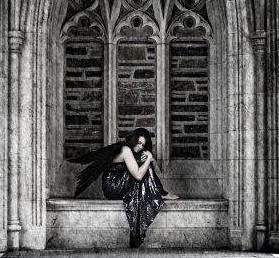 Remember Princess Bride, when Vizzini keeps saying things are “inconceivable” just before they happen? Montoyo finally says, “That word – I do not think it means what you think it means.”

I hear many people say they are welcoming of LGBTQ in their churches. But that word, I do not think it means what they think it means. They think they are loving and warm and genuine at a heart level, but instead they are being correctly read as just short of expressing their non-acceptance. They are honest enough at least not to call themselves “affirming.” But they do not realize that the condemnation and judgment is visible in their eyes.

This comment from a reader is a sobering look at someone on the receiving end of “welcoming,” and the reality that it doesn’t feel the way you might think it feels.

I think it’s more complicated than just “being welcoming.” I came out in my 40s at a nonaffirming church, and I was not rejected or asked to leave. My pastors expressed their continued love for me. My small group was happy to keep me (and they were a great source of support to my husband and me as we divorced over this, although admittedly more for him than for me). I suspect that as individuals, the majority of the congregation is in fact, affirming. BUT–the church continues to run programs that treat homosexuality as “broken,” and they’ve repeatedly featured speakers who claim to have lost their same-sex attractions or who admit they have not lost such attractions but feel called to live celibately. When they don’t invite a speaker who is openly gay and ok about it, I feel implicitly unwelcome even when people are explicitly saying “you are welcome here.”

I know that it is precisely because people–church leaders in particular–are wrestling with that issue of disagreement. They feel they have to disagree, because this is what they’ve been taught. In my experience, people haven’t been outwardly unwelcoming. They KNOW that being welcoming and loving is to override their disagreement, and they SAY all kinds of welcoming things, and they truly WANT to be a welcoming congregation, but you can’t help feeling unwelcome when certain topics come up, or when there are no other openly gay-in-committed-gay-relationships in the congregation. Until they decide to be openly AFFIRMING, they are not truly welcoming. It’s an improvement for a church who officially disagrees with you to at least be civil and not outwardly rejecting, but the very fact that it disagrees with you on something as fundamental as whether your very being is “broken” (or, more broken than the next person) is unwelcoming and puts a barrier between people.

I think the church I attended is getting there. They are clearly better than some that are explicitly rejecting, that counsel parents to kick kids out, etc. But they are not there yet. It will take a lot of time. I’m not sure that a church can easily accommodate someone like me AND someone like the speaker who once thought he was gay but has been (apparently) happily married to a woman for 20 years. He has a lot of personal stake in having been “right” when first confronting his sexuality, and someone like me who opted to divorce to be more authentic to myself is threatening to him. His choice might feel “unaffirmed” at an openly affirming church while mine feels unaffirmed at his church. As long as people with his experience remain in church leadership at nonaffirming evangelical churches, that will continue to complicate things even as the people in the pews get more and more affirming. It’s hard. There’s a part of me that has wanted to stay in that church to be that other voice, but I find that I can’t.

The truth is, churches like this are still judging. They still have determined that homosexuality is wrong, and they are “kindly” refraining from saying so – but as this reader expresses so clearly, she can feel it. It is present. What’s the solution? Am I telling you to overthrow your long-held beliefs to embrace something you can’t condone? No – especially as I know how deeply melded into your being the anti-gay message gets, thanks to our churches. But I am directing you to lay aside judgment and instead LOVE. Fully and unreservedly.

Be humble enough to say, “Gee, this is a bigger issue than I am equipped to deal with. I wonder if God may show ME something I had not previously seen. The church has been dreadfully wrong before… it’s hurt people terribly before… maybe I should withhold judgment. Jesus was pretty crystal clear when he said to love…”

I am asking you to love God, love others, focus on your OWN behavior as God leads you, and leave other people in the faithful hands of God.

Trust the Spirit of God to lead them in God’s perfect ways and timing. 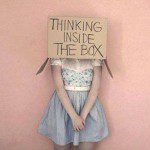 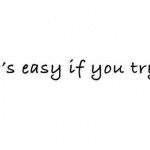