“I am the mother of a gay son and I’ve taken enough from you good people.” 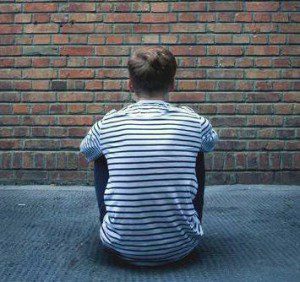 “I’m tired of your foolish rhetoric about the “homosexual agenda.” You are cruel and ignorant. You have been robbing me of the joys of motherhood.”

I am the Mom of two LGBTQ children. I love them and advocate for them daily. I shared my story on the TED stage and that talk has more than a million views. I stand against the hate, condemnation, judgment, and abuse – most of it coming from the non-affirming, behavior-focused Christian church. “Why do you have to be divisive?” people ask. As if I’m the one kicking people out.

So let me make this clear. Because like the Mother who wrote the following letter, “I’ve taken enough from you good people.”

Only one “side” is bullying and demeaning children, kicking them out of their homes and onto the streets to be brutalized. Only one side is turning them out of churches with phrases like “disgusting” abomination, denying housing, denying health benefits, denying job protection, denying their human right to live as they were created. And they do this “in God’s name.”

They are without defense.

FreedHearts and our allies are loving, embracing, including, declining to judge, and being the body of Christ that Jesus himself calls to be. We are part of an exploding number of Moms, and Dads, who have had enough.

If you are the parent of an LGBTQ child, and would like to be part of our private secret Facebook support group, please just CLICK HERE and let us know.

Sharon Underwood, the Mom of a gay son, wrote this heartfelt, powerful letter to the editor of a local Vermont newspaper. She is responding to self-proclaimed moral people who for years caused her young gay son so much pain.

We are in the middle of a crisis with LGBTQ youth. Abused, attacked, bullied, shamed, kicked out of homes and churches, they end up on the street and turn to substance abuse, gangs, forced prostitution and sometimes suicide.

This letter tells the story of thousands of innocent LGBTQ youth trapped in communities where they aren’t welcome.

Many letters have been sent to the Valley News concerning the homosexual menace in Vermont. I am the mother of a gay son and I’ve taken enough from you good people.

I’m tired of your foolish rhetoric about the “homosexual agenda” and your allegations that accepting homosexuality is the same thing as advocating sex with children. You are cruel and ignorant. You have been robbing me of the joys of motherhood ever since my children were tiny.

My firstborn son started suffering at the hands of the moral little thugs from your moral, upright families from the time he was in the first grade. He was physically and verbally abused from first grade straight through high school because he was perceived to be gay.

He never professed to be gay or had any association with anything gay, but he had the misfortune not to walk or have gestures like the other boys. He was called “fag” incessantly, starting when he was 6.

In high school, while your children were doing what kids that age should be doing, mine labored over a suicide note, drafting and redrafting it to be sure his family knew how much he loved them. My sobbing 17-year-old tore the heart out of me as he choked out that he just couldn’t bear to continue living any longer, that he didn’t want to be gay and that he couldn’t face a life without dignity.

You have the audacity to talk about protecting families and children from the homosexual menace, while you yourselves tear apart families and drive children to despair. I don’t know why my son is gay, but I do know that God didn’t put him, and millions like him, on this Earth to give you someone to abuse. God gave you brains so that you could think, and it’s about time you started doing that.

At the core of all your misguided beliefs is the belief that this could never happen to you, that there is some kind of subculture out there that people have chosen to join. The fact is that if it can happen to my family, it can happen to yours, and you won’t get to choose. Whether it is genetic or whether something occurs during a critical time of fetal development, I don’t know. I can only tell you with an absolute certainty that it is inborn.

If you want to tout your own morality, you’d best come up with something more substantive than your heterosexuality. You did nothing to earn it; it was given to you. If you disagree, I would be interested in hearing your story, because my own heterosexuality was a blessing I received with no effort whatsoever on my part. It is so woven into the very soul of me that nothing could ever change it. For those of you who reduce sexual orientation to a simple choice, a character issue, a bad habit or something that can be changed by a 10-step program, I’m puzzled. Are you saying that your own sexual orientation is nothing more than something you have chosen, that you could change it at will? If that’s not the case, then why would you suggest that someone else can?

A popular theme in your letters is that Vermont has been infiltrated by outsiders. Both sides of my family have lived in Vermont for generations. I am heart and soul a Vermonter, so I’ll thank you to stop saying that you are speaking for “true Vermonters.”

You invoke the memory of the brave people who have fought on the battlefield for this great country, saying that they didn’t give their lives so that the “homosexual agenda” could tear down the principles they died defending. My 83-year-old father fought in some of the most horrific battles of World War II, was wounded and awarded the Purple Heart.

He shakes his head in sadness at the life his grandson has had to live. He says he fought alongside homosexuals in those battles, that they did their part and bothered no one. One of his best friends in the service was gay, and he never knew it until the end, and when he did find out, it mattered not at all. That wasn’t the measure of the man.

You religious folk just can’t bear the thought that as my son emerges from the hell that was his childhood he might like to find a lifelong companion and have a measure of happiness. It offends your sensibilities that he should request the right to visit that companion in the hospital, to make medical decisions for him or to benefit from tax laws governing inheritance.

How dare he? you say. These outrageous requests would threaten the very existence of your family, would undermine the sanctity of marriage.

You use religion to abdicate your responsibility to be thinking human beings. There are vast numbers of religious people who find your attitudes repugnant. God is not for the privileged majority, and God knows my son has committed no sin.

The deep-thinking author of a letter to the April 12 Valley News who lectures about homosexual sin and tells us about “those of us who have been blessed with the benefits of a religious upbringing” asks: “What ever happened to the idea of striving . . . to be better human beings than we are?”

Indeed, sir, what ever happened to that? 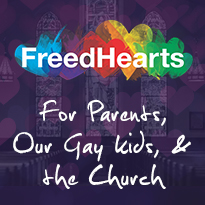 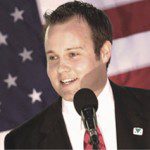 May 23, 2015
The Sneaky, Deadly Lies of the Duggar’s “Christianity”
Next Post 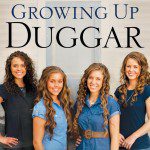