Do You See The World at the End of Your Pointing Fingers?

Do You See The World at the End of Your Pointing Fingers? June 12, 2015 Susan Cottrell 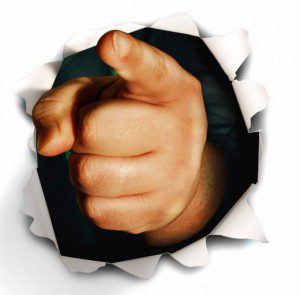 I wrote a post about a pastor at the pearly gates, being called out for rejecting LGBTQ people. It was very popular and got a lot of comments – positive and negative. This comment revealed a fascinating perspective on how Christians view their role in the world.

The conversation at the pearly gates could then become, “I see you were more concerned with being everyone’s friend than proclaiming grace is for sinners not the self-righteous.”

What does it mean to be a friend to sinners? First off, it means to stop categorizing them as sinners. Not cool. Second, it means that you are not put off by those you consider sinners. It’s not being worried you’ll get cooties if you hang out with sinners – or worse, “a bad reputation.” Seriously. Isn’t that the fear?

Real Christians who seek to follow Jesus should be saying this:

“Hm, not everyone views being gay as a sin, some profoundly knowledgeable theologians do NOT believe it’s a sin, so who am I to say? I guess I’ll just love and let God take care of that part of it.”

And THAT is all Jesus asks of you anyway!

Jesus, friend of sinners, we have strayed so far away
We cut down people in your name but the sword was never ours to swing
Always looking around but never looking up I’m so double minded
A plank eyed saint with dirty hands and a heart divided
Open our eyes to the world at the end of our pointing fingers
Let our hearts be led by mercy
Help us reach with open hearts and open doors
– From Jesus, Friend of Sinners, by Casting Crowns

Instead, I hear in you a fear that this “perfect Christian life” you’ve put together will be soiled by others’ sins. [I rarely hear people who ask questions like this worried about their OWN sin.] As if you’re standing on the corner in your expensive silk jacket, leather boots, and perfect hair – and you don’t want someone to drive by and splash mud all over you. That’s the fear I’m hearing.

Box-christians love to say benevolently that LGBTQ people are “sinners just like me,” but they don’t live that out, because they won’t stop pointing out that they believe homosexuality is sinful.

The sin of box-christians is that they can’t let it go! They can’t stop meddling in something they don’t understand. They keep comparing it to alcoholism and worse, as if people who are LGBTQ just lack self-control.

The LGBTQ people I know have taken this more seriously, shown more self-control, poured out their anguished hearts more to God in prayer, and researched the verses more deeply than the countless box-christians who simply won’t shut up and trust God about it.

(Many Christians who have seriously pressed into God have seen the errors of previous false interpretations, and have become affirming. Is that the fear? That by really, prayerfully looking into this, God might press you to become affirming?)

Friend to sinners? Have you witnessed the bedraggled people Jesus hung out with? I mean, really! Jesus never ever warned us not to hang out with ‘sinners’ but instead said, “Love your neighbor! P.S. Everyone is your neighbor.”

The only people Jesus corrected vociferously were religious leaders who judge others! That should be muchscarier than not judging harshly enough, don’t you think?

We should be all about proclaiming Grace. We do that by loving everyone we see. What other job do we possibly have? As we yield our fears, we let God love anyone and everyone through us, and they will get to know the truth about God’s heart and the teachings of Jesus, the very Grace that embodies us.

There is nothing more freeing in the world!

June 10, 2015
15 Warning Signs That Your Christian Friend Is Becoming PRO-Gay!
Next Post 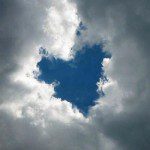 Why American Evangelicalism Was QAnon's Perfect...
Honest to God