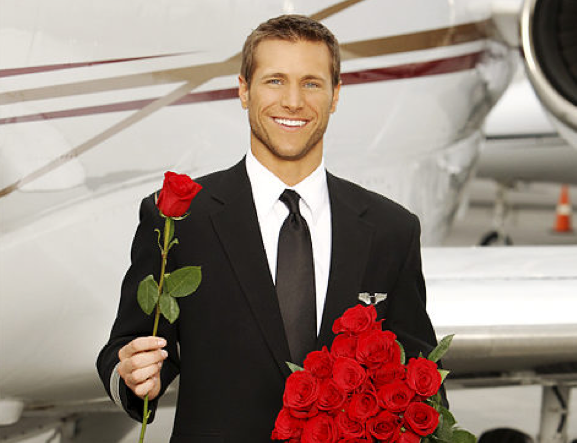 How did Jake Pavelka – the shy, polite, rock-ribbed 31 year old – end up on a show known mostly by its steamy hot tub scenes?

In a way you’d never expect — his fellow Methodist church members nominated him.  “They asked me ‘if we sent a letter into casting, would you consider going on there?’”

Apparently, they were sick of all those bachelors going on the show, drinking too much, and making the most of the “overnight” dates.  The commercial pilot was chosen after a brief foray as one of the potential suitors during last season’s “The Bachelorette” during which time he selflessly warned Jillian that some of the men were there for fame instead of love.  Instantly, he was a favorite of fans, and was invited to be the star of this season called, “The Bachelor: On the Wings of Love.”  (Get it?  He’s a pilot.  And yes, they do play that song, which has a way of meandering through your head for the seven days between episodes.)

When Jake was chosen, however, some fans worried how his virtue would affect the show. Entertainment Weekly wondered if “Jake’s crushingly boring style of courtship” would even be worth watching.

And the show was palpably different. On the first night, the girls were asked “Do you believe in pre-marital sex?” and “What is the most important thing in your life?”  (Jake’s answer was “God,” and when asked what his definition of love was, at one point it seemed that he quoted Scripture. He began “love is patient, love is kind” before being edited.) Women claimed to be Sunday school teachers, talked about church.  There was noticeably less alcohol.  At one point, one toasted with milk instead of champagne.  Far from hopping into bed with the women, he sent them away. When a woman named Vienna slipped out to his room and crawled in bed with him (to gain an advantage over the others), he asked her to leave.  He explained to the camera later that it wasn’t fair to the other girls (though he later admitted to having “impure thoughts” about the opportunity).

Others tried to spiritually manipulate him.  One explained she was so morally upstanding that she wouldn’t allow him to kiss her until he was ready to kiss only her for the rest of his life. Then, she promptly flirted with him, and whispered sweet nothings within millimeters of his lips.  “Do you want to kiss me?” she purred, trying to seduce him with her morality. Jake explained he wasn’t there to play games, before sending her home.  On a subsequent episode, in fact, he sent four women home, feeling it was immoral to keep women on the show without an intention of marrying them… especially single moms who’d left their children for the opportunity.

He repeatedly said he wasn’t there to find physical compatibility, but spiritual compatibility…  and sent women like Gia, the insecure swimsuit model-with-a-heart-of-gold, packing.

Then came a conversation with Corrie Adamson, a 23-year-old from Birmingham, who said she wouldn’t live with a man before marriage.  Surprised, Jake asks “Are you saving yourself for marriage?” and then, “I completely respect where you’re coming from and that’s not an issue for me.”

Within minutes, she was sobbing in the limo on the way back to Alabama.

This is when the show – like love itself, I suppose – became less predictable.  Jake repeatedly went back to Vienna –yes, the one who slid into his bed—and who we now learned had already been married and divorced twice before her 23rd birthday– and then wondered if their chemistry was ”clouding or getting in the way of, you know, what my heart’s telling me I need in a wife.”

At this every woman in America shouted, “Yes, yes, it is!”

But the unemployed, self-described “Daddy’s girl” (who proclaimed “I love myself” in her intro made it into the final two… in spite of the fact that she kept confusing her nominative and objective pronouns.  As in, “Me and Jake really have physical chemistry.” Or “The difference between Jake and I is that…” And in spite of her, um, fashion sense. EW’s Kristen Baldwin notably savaged her immodest clothing, when she faint-praised her for having“upgraded from last week’s purple hooker dress.”

The other woman left holding a rose was Tenley, the human version of Arial from The Little Mermaid.  After her first marriage ended when her husband abandoned her, she repeatedly and tearfully explained how she took marriage very seriously. The other girls in the house loved her too, though they poked fun at her wholesome image by saying she’s never said a bad word about anyone and conjectured that she “dreamed in cartoons.” Jake frequently told her, “I love that we have the same values and the same morals.”

In the days leading up to the Final Rose ceremony, the producers amped up the differences between the two women.

“Will he choose sugar,” the commercials asked, showing a photo of the angelic Tenley, before switching to Vienna, “or spice?”

So, was Jake able to live up to his challenge of being “the moral” Bachelor, or was he swept away by hormones and exotic locales? Perhaps the real question is whether it’s even possible to be moral on a contrived show during which a man is supposed to choose among 25 women in such a short time frame.  The very set-up, especially when the men and women are promiscuous, is more creepily polygamous than “The Big Love.”

The most — rather, the least surprising aspect of the whole season was that he chose Vienna, who kicked up her heel as they kissed. (Do people do this in real life?)  “On the Wings of Love” played in its entirety over the montage of various adventures – bungee jumping, throwing mud at each other in some sort of volcanic pit, and running down the beach.

Of course, it’s unfair to judge whether this relationship will last.  In real life, we all see marriages that should’ve worked out end in disastrous divorce… and others who seem mismatched end up improbably happy and long-lasting.  It does seem at least reasonable to wonder if a 23 year old (who’s been married twice already) is ready to commit yet again, this time with the adding complexity of doing it on national television.  (Is anyone ever rejected by the producers?  Shouldn’t two marriages before you learn pronouns disqualify you?)

At the end of this controversial season, host Chris Harrison told us, “Rest assured, Jake’s choice came from his heart.”

Jake said: “I let my heart lead… You have to listen to your heart.”

(Wait – was I the only one paying attention to which romantic song from the ‘80s was supposed to be our soundtrack?)

Nevertheless, the season’s over and it’s obvious that Jake took less instruction from the church (which could’ve warned him about the deception of man’s heart and the temporary nature of charm) than the last scenes of every romantic film ever made.

He listened to his heart, an unsurprising — and ultimately disappointing — resolution to yet another dramatic season of the Bachelor.

And I still can’t get that song out of my head.

June 29, 2017
Top 10 Tweets about Trump's Brutal Comments about the MSNBC Host
Next Post

July 1, 2011 If You're an Evangelical and Don't Like Mormons . . .
Recent Comments
0 | Leave a Comment
"and what makes this even better is that the two girls are sisters http://www.huffingtonpost.c..."
d Black activists cried "racism" over this ..."
"It's heart wrenching to hear about this. Our country is getting more vile and depraved ..."
BlackSun Syndicate Target proudly welcomes men to use ..."
"a wolf dressed as a sheep is still a wolf - if u have a ..."
Aussie In Austin Target proudly welcomes men to use ..."
"I am picturing a little turd in pajamas sipping coffee."
Cantbelieveyouthinkthis Los Angeles Craigslist ad somehow captures ..."
Browse Our Archives
get the latest from
Politics Red
Sign up for our newsletter
POPULAR AT PATHEOS Politics Red
1

Politics Red
New Study: “Cool Kids” Do Not End Up...
The French Revolution 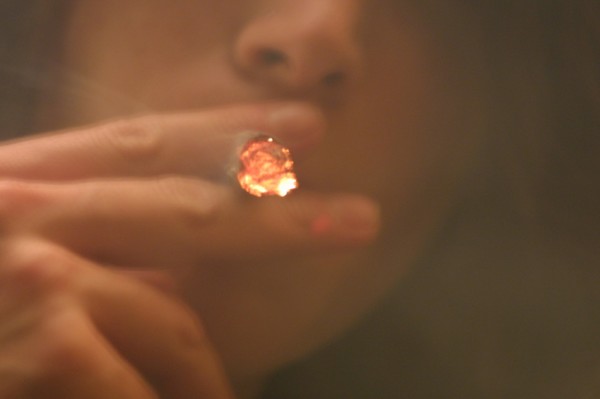 Politics Red
Can a Christian Smoke Pot? Exploring the Morality...
The French Revolution

Politics Red
Why Doesn't Des Propose Instead of the Other...
The French Revolution
TRENDING AT PATHEOS Politics Red