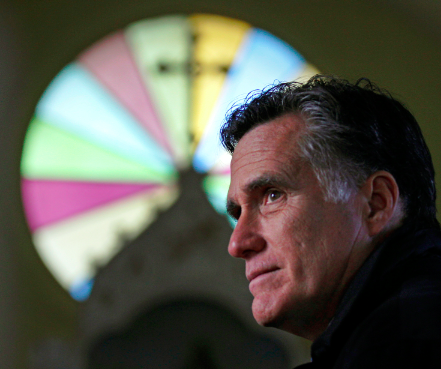 Great news for evangelical Romney supporters – you are not alone!

The Public Religion Research Institute poll showed Obama carrying Catholic and mainline Protestant voters, as well as voters who did not identify a particular denomination.

Romney’s lead among white evangelicals was nearly 50 percentage points, as 68% chose him and 19% chose Obama in the survey.

This weekend, he even addressed the graduating class at Liberty University.

May 6, 2012
Transracial Adoption, Hair, and What I've Managed So Far
Next Post

May 13, 2012 Forget Fabio: Books-a-Million Displays Books With Pornographic Covers in Plain View of Children
Recent Comments
0 | Leave a Comment
"and what makes this even better is that the two girls are sisters http://www.huffingtonpost.c..."
d Black activists cried "racism" over this ..."
"It's heart wrenching to hear about this. Our country is getting more vile and depraved ..."
BlackSun Syndicate Target proudly welcomes men to use ..."
"a wolf dressed as a sheep is still a wolf - if u have a ..."
Aussie In Austin Target proudly welcomes men to use ..."
"I am picturing a little turd in pajamas sipping coffee."
Cantbelieveyouthinkthis Los Angeles Craigslist ad somehow captures ..."
Browse Our Archives
Related posts from The French Revolution