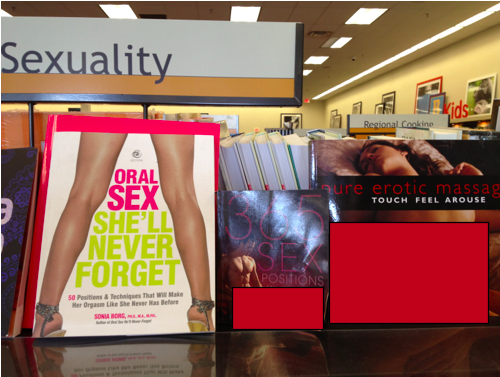 What’s more fun that taking the kids for a leisurely day at the bookstore?

That’s what I was thinking when I went to Books-a-Million in Spring Hill, Tennessee – a great store, and I’m not just saying that because they’ve helped me hold nice book signing events (for this, this, and this).   We arrived in the wonderful brick-and-mortar store, ready for a day of walking down aisles and finding new reads.  However, I came across something pretty shocking.

Someone had pulled a prank.

There, right next to the nice Civil War section (this is Tennessee, after all) is apparently a “sexuality” section, showing various sexual positions in plain view.  And when I showing, I mean showing.

Thankfully, no damage had been done.  I have a four, an eleven, and a thirteen year old, but they hadn’t seen the display.  I promptly, turned the books face down, figuring some teenage kids had come in and thought it would be funny to put pornographic images out in plain view.

Discreetly, I went to talk to a worker at the store.

“I think someone’s played a prank in the ‘sexuality’ section,” I said.  “It’s probably just some kids, but there are very sexual images that wouldn’t leave much to kids’ imaginations over there.”

The cashier shook her head and said, “Those books on the top shelf are exactly as they are supposed to be.”

“You mean the one that literally shows two people having sex is supposed to be out in plain view?”

She pointed at a poster on the customer service desk.  “You can call corporate if you like.”

A little flummoxed, I did just that.  Instead of shopping for mother’s day, I dialed the number right there in the store.  While I was on hold, another worker explained that these were paid positions on the shelf and that they weren’t allowed to deviate from what corporate dictates.

“But my kids would learn exactly how to have sex simply from the cover,” I explained.

“Well, we have it tucked away next to the military history section,” she said.  “Most kids don’t walk down that aisle. Just men.”

“Tucked away” is not what I’d call the second aisle of a store, in plain view, on the top shelf.  Plus, are we okay sending men over to read about the Civil War, only to have them see pornographic images?  This is what I explained to headquarters, which listened politely and supposedly took down the book title information.

Anyway, I assume that every store is laid out with the same books on full display, so be warned.  Before you attempt to support your brick and mortar book store, realize that you might get your kids hooked on more than just reading.

If you’d like to contact Books-a-Million, please feel free to e-mail them support@booksamillion.com or call them at 1-800-201-3550.


Read more on the Faith and Family Channel 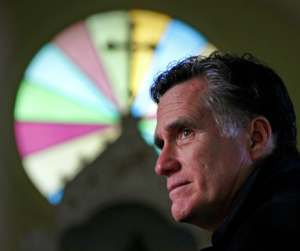 May 12, 2012
Mitt Romney's Commencement Speech at Liberty University
Next Post

May 14, 2012 No One Can Unite Evangelicals and Mormons Quite Like Barack Obama
Recent Comments
0 | Leave a Comment
"and what makes this even better is that the two girls are sisters http://www.huffingtonpost.c..."
d Black activists cried "racism" over this ..."
"It's heart wrenching to hear about this. Our country is getting more vile and depraved ..."
BlackSun Syndicate Target proudly welcomes men to use ..."
"a wolf dressed as a sheep is still a wolf - if u have a ..."
Aussie In Austin Target proudly welcomes men to use ..."
"I am picturing a little turd in pajamas sipping coffee."
Cantbelieveyouthinkthis Los Angeles Craigslist ad somehow captures ..."
Browse Our Archives
Related posts from The French Revolution 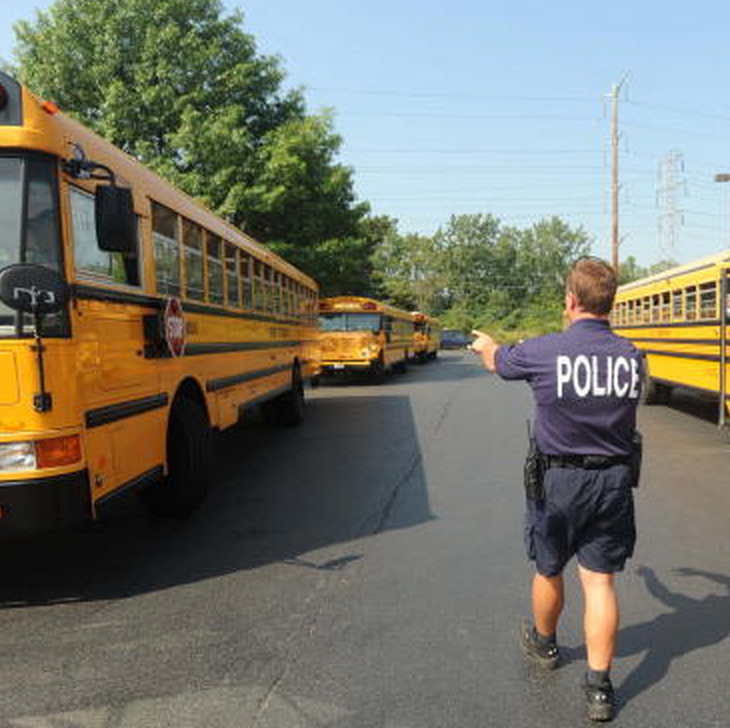 Politics Red
Why Are Police Officers In Public Schools? Because...
The French Revolution
TRENDING AT PATHEOS Politics Red