The Adoption Audits: No Rational Justification

The Adoption Audits: No Rational Justification May 24, 2013 David French 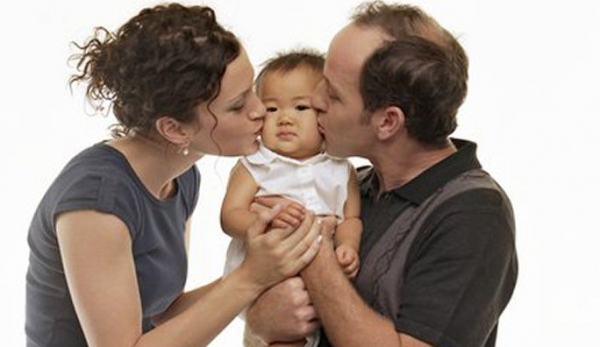 On Wednesday, I posted a short piece about the Obama administration’s mass-scale audit of adoptive families — 69 percent of returns claiming the refundable adoption tax credit were audited in 2012. In the ensuing discussion (I was grateful that it was linked and discussed in multiple places), IRS-apologist commenters came up with a common justification: The IRS was just trying to stop all that adoption fraud.

For example, here are two commenters from Rod Dreher’s blog at The American Conservative (and I’m not picking on Rod’s commenters; he actually has one of the better comment boards in the conservative blogosphere):

It’s not harassing them for their good deeds. Its a byproduct of all the people who try to lie about adoptions to lower their taxes.

A child tax deduction is a very very good thing, but this is a necessary result because people will always try to take advantage of these benefits.

Off of Stuart’s first paragraph, is it possible this high rate of requests for additional info, and audits, is an unfortunate necessity in light of rampant tax crime on the part of people claiming the adoption tax credit?

I have no info on the matter, but it’s necessary to know the answer before indulging in outrage, even thought outrage is the funnest drug evah.

So what are the facts? Fortunately, the rate of tax adjustments and fraud discovered in the initial audit wave — as helpfully outlined in this 2011 GAO report (the year I got audited) — is available for all those with decent googling skills. Here’s the rate of fraud:

So the rate of fraud was zero. How about the rate of tax adjustments (in which the IRS finds the audited owes a different amount of tax than they paid) compared to average taxpayer audits?

As of August 2011, 68 percent of the nearly 100,000 returns on which taxpayers claimed the adoption credit were sent to correspondence audit. However, of the approximately 35,000 returns on which audits have been completed as of August, IRS only assessed additional tax about 17 percent of the time. The equivalent rate for all correspondence audits in 2010 was 86 percent.

Keep in mind, these numbers are from 2011. The IRS then followed up its massive, fruitless audits of extraordinarily law-abiding citizens — many of whom have just exhausted their entire life savings and gone into debt to adopt (sometimes even borrowing against the tax credit that was then long-delayed) — with another set of massive, fruitless audits the next year. This is bureaucratic nonsense at best and sheer malice at worst.

While I do think bureaucratic inertia and stupidity are the best explanations for IRS actions, I’m definitely willing to consider malice as a possibility. Let’s not forget that we’re in the midst of a mini-wave of leftist revulsion against (in particular) the evangelical adoption movement. Here’s a recent example of sheer anti-Christian bigotry from Salon:

When you think of adoption, what’s the first thing that comes to your mind? Maybe it’s the vague, rosy notion of a happy ending — of rescue, salvation or (more likely) some do-gooding Hollywood mouthpiece like Angelina Jolie adding kids of various ethnicities to her big, colorful brood.

What probably doesn’t automatically come to mind is coercion, racism and a conservative Christian agenda that extends beyond mere abortion prevention. . . .

[Kathryn] Joyce details how the adoption industry has become overly enmeshed with the Christian right — how evangelical, pro-adoption church leaders have, in recent years, been creepily urging followers to adopt en masse, often internationally and from war-ravaged countries.

Is this far-left ideology playing a role in IRS thinking? Eighteen months ago, I would have thought such an idea to be paranoid. But that was before I knew the IRS was targeting conservative groups, before I knew they asked pro-life groups even about their prayers, and before it illegally provided confidential documents to liberal publications.

All trust is gone, and it turns out I was foolish to trust in the first place.

May 26, 2013 Rare Glimpse of True Love: Last Season of The Office
Recent Comments
0 | Leave a Comment
"and what makes this even better is that the two girls are sisters http://www.huffingtonpost.c..."
d Black activists cried "racism" over this ..."
"It's heart wrenching to hear about this. Our country is getting more vile and depraved ..."
BlackSun Syndicate Target proudly welcomes men to use ..."
"a wolf dressed as a sheep is still a wolf - if u have a ..."
Aussie In Austin Target proudly welcomes men to use ..."
"I am picturing a little turd in pajamas sipping coffee."
Cantbelieveyouthinkthis Los Angeles Craigslist ad somehow captures ..."
Browse Our Archives
get the latest from
Politics Red
Sign up for our newsletter
POPULAR AT PATHEOS Politics Red
1