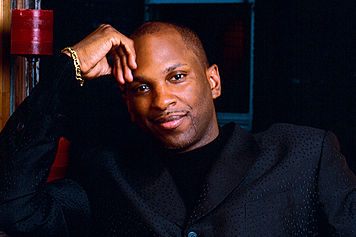 I think we’re going to be hearing more and more stories like this.

Mayor Vincent C. Gray cut a singer who has won Grammy, Dove, and Stellar Awards in gospel music from a city-sponsored concert Saturday at the Martin Luther King Jr. Memorial.  Joe Carter at The Gospel Coalition wrote about the situation:

The Story: Award-winning gospel musician Donnie McClurkin claims he was uninvited to a concert in Washington, D.C. celebrating Martin Luther King Jr. and the 50th Anniversary of the March on Washington due to his stance on homosexuality.

The Background: According to the Washington Post, McClurkin was scheduled to perform in the D.C.-government-sponsored concert with other singers at the Martin Luther King Jr. Memorial during the “Reflections on Peace: From Gandhi to King” event. But at the request of Mayor Vincent C. Gray (D), who fielded concerns from activists Friday, the Grammy-winning singer decided not to perform, according to the mayor’s office.

In a lengthy video statement posted online Saturday, McClurkin said Gray “uninvited me from a concert that I was supposed to headline.”

“There should be freedom of speech as long as it’s done in love,” McClurkin said in the video, adding that he believes it is unfortunate that in today’s world, “a black man, a black artist is uninvited from a civil rights movement depicting the love, the unity, the peace, the tolerance.”

Read the whole story here, including the quote McClurkin gave Charisma magazine in 2002 (related to childhood sexual abuse) that raised the ire of gay rights activists. Donnie’s video statement can be viewed here.

August 13, 2013 Imagine Getting into a Cab and Realizing Your Driver Was the President
Recent Comments
0 | Leave a Comment
Browse Our Archives
get the latest from
Politics Red
Sign up for our newsletter
POPULAR AT PATHEOS Politics Red
1