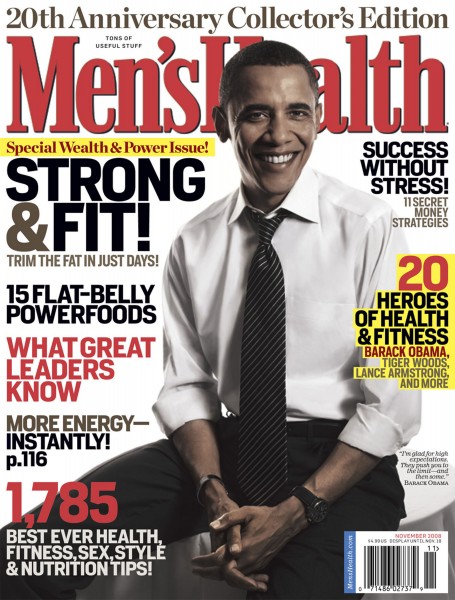 Over on the Campaign Spot Jim Geraghty highlights an issue that’s bothered me ever since I first began to meet our “elite” up-close and personal 23 years ago this fall. Simply put, we celebrate and elevate people who just don’t know much (but think they do). Here’s Mr. Geraghty discussing one of the keynote speakers at this year’s South by Southwest festival — a leading-edge technology, film, and music event: drum roll, please — Chelsea Clinton! After decrying our obsession with celebrity politicians, Geraghty rightly says this:

If you are a key Democratic-party figure, you will be saluted and celebrated relentlessly, even in ways that are so off-base they’re ridiculous. Men’s Fitness named Barack Obama one of the 25 fittest men in America twice . . . while he was still a smoker. Hillary Clinton received 19 awards in the year after she left the State Department, including the Helen Keller Humanitarian Award, The Elton John Foundation’s Founders’ Award, and the Michael Kors Award for Outstanding Community Service. From 2005 to 2008, the Grammy for Best Spoken Word Album went to Bill Clinton, Barack Obama, Jimmy Carter and Barack Obama again. Really? Those were the single-best spoken word performances in the country four years running? Better than all those other nominees, like George Carlin, Steve Martin, Maya Angelou, Bob Newhart, David Sedaris?

But it gets worse than salutes and celebrations. If you’ve got the right politics, you can play an expert on, well, almost anything. One of the more eye-opening aspects of my time in “elite” academia (attending Harvard Law School, teaching at Cornell Law School) was the extent to which leftists pontificated at length — and were taken seriously — on matters far, far outside their areas of expertise or even knowledge. A contemporary example that would be hilarious if it weren’t so bigoted is the insistence of humanities academics in the Modern Language Association and the American Studies Association to weigh in on the Israeli/Palestinian conflict. “Professor Jones, I know your expertise is the gendered “othering” inherent in fast food commercials, but please do tell me about the international law of armed conflict and how it relates to Operation Cast Lead. I can’t wait to hear your thoughts.”

But of course the absurdity doesn’t stop with foreign policy. An Inconvenient Truth, anyone?

It gets dangerous when we actually elevate the completely ignorant into key posts simply because of their political connections. I’m still appalled that our lead negotiator in the Iran nuclear negotiations is a social worker and pro-abortion activist who got her start in the foreign policy world by utterly failing to stop North Korea’s missile program. Nuclear conflict is possible, and this is the person we trust to negotiate with jihadists:

A Maryland native, she studied sociology and urban studies in college and then got a master’s degree in social work from the University of Maryland. She met her husband, journalist Bruce Stokes, in 1978 after they’d gotten together to talk about low-income housing. Unlike most of her peers at the State Department, Sherman’s first jobs were in partisan politics and social work, not diplomacy. She was the director of EMILY’s List, which provides money to pro-choice, female, Democratic political candidates, and she ran the successful Senate campaign of then-Congresswoman Barbara Mikulski of Maryland. She also served as director of Maryland’s office of child welfare and as the president and CEO of the Fannie Mae Foundation, the charitable arm of the mortgage-lending giant.

Ah well, if Iran gets a nuke, she can probably win a poetry award lamenting the fears of the children of Tel Aviv. Not that she’s written poetry, but EMILY’s List prepares one for anything.

But this is par for the course. As Geraghty points out in his invaluable newsletter, our ambassador-nominee to China, Max Baucus, just said this:

In a hearing before the Senate Foreign Relations Committee Tuesday, the Montana Democrat revealed as much. “I’m no real expert on China, but it’s my strong belief that Chinese people are just as proud as we Americans are proud,” Baucus said when answering a question about China’s recently declared off-shore Air Defense Identification Zone.

That’s exactly the guy we want on the ground as tensions escalate in the Pacific.

And, yes, I know that’s how the game is played. And, yes, I know that Republicans aren’t effective at calling out this nonsense because they have the same tendencies (“Brownie, you’re doing a heckuva job”). Though I’d note that you have to look long and hard to find Republicans celebrated in academia or pop culture as experts in much of anything.

The stubborn persistence at placing the well-connected ignorant in key positions is yet another argument for far more limited government. If we’re going to populate the government with an ambitious, arrogant (yes, it’s arrogant to presume you can handle new, critical responsibilities simply because you’re well-spoken and have good connections), and ignorant elite, we should at least limit their capacity to do harm.

But at some level even limited government won’t protect us. We need negotiators and ambassadors even in a more libertarian world, so it’s past time for both parties to grow up, apply just a bit of the hard-earned experience of the best private-sector companies, and actually hire someone who knows what they’re talking about.

February 13, 2014 Can a Christian Smoke Pot? Exploring the Morality of Legal Drug Use
Recent Comments
0 | Leave a Comment
Browse Our Archives
Follow Us!