Erick Erickson, There is a Line and Your Vile Comparison Crossed It

This falls under the category of things you’d rather not talk about, but here we are.  Campaign 2016 in full swing.

Erick Erickson of RedState uninvited Donald Trump from a conservative gathering, because he believes Donald Trump isn’t “decent.”  He said:

I think there is a line of decency that even a non-professional politician can cross.

He also said he was just getting on with his thought when he said, “wherever.”

I don’t know.  I honestly don’t care.  But this is what bugs me.  Erickson, this self-appointed arbiter of decency, once called David Souter “the only goat f-cking child molester to ever serve on the Supreme Court.”

And woe to those who cross his lines of morality.

Check out what he said about people who don’t buy his interpretation of Trump’s comment:

Trump might sometimes not be “decent” according to Erickson’s standards.  Whatever.  But there are Trump supporters who take Trump at his word when he said he wasn’t intending to refer to menstruating in a national political interview.  Comparing those Americans to Planned Parenthood supporters who think it’s fine to dismember babies and sell their dismembered parts for profit is vile.

Erick Erickson, there is a line of decency that even a non-professional politician can cross.

When you compared Trump supporters to abortion advocates, you crossed that line. 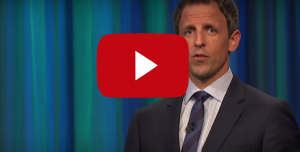 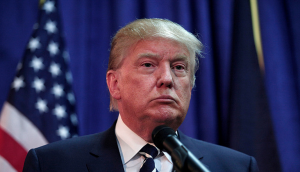 August 13, 2015 Why Candidates Unwilling to Defund Planned Parenthood Shouldn’t Receive a Single Conservative Vote
Recent Comments
9 Comments | Leave a Comment
"and what makes this even better is that the two girls are sisters http://www.huffingtonpost.c..."
d Black activists cried "racism" over this ..."
"It's heart wrenching to hear about this. Our country is getting more vile and depraved ..."
BlackSun Syndicate Target proudly welcomes men to use ..."
"a wolf dressed as a sheep is still a wolf - if u have a ..."
Aussie In Austin Target proudly welcomes men to use ..."
"I am picturing a little turd in pajamas sipping coffee."
Cantbelieveyouthinkthis Los Angeles Craigslist ad somehow captures ..."
Browse Our Archives
Related posts from The French Revolution

Politics Red
Tim Allen comes 'out of the closet' as...
The French Revolution
TRENDING AT PATHEOS Politics Red