In recent years, Christian adoption agencies have been consistently attacked for turning away gay couples who apply to adopt through the agency.  The Atlantic took on this topic in an article today entitled “Should Adoption Agencies Be Allowed To Discriminate Against Gay Parents?,” telling the story of several “victims” of “discrimination.”

And in response, in his column at National Review Constitutional Law Scholar David French revealed what this discrimination really looks like.

In response to the claims that gay couples are facing discrimination, he writes:

The first couple mentioned in the story, Clint McCormack and Bryan Reamer, has “three foster children and 10 adopted children.” Then there are Tod and Tom McMillen-Oakley, “who have adopted two children, one through a private adoption and one from the state of Michigan.” Tod and Tom also tell of going to a “beach event” for “gay parents of adopted children” — an event where “the beach was lined with gay couples and their foster children.”

In other words, the “discriminatory” Christian agencies aren’t actually blocking gay adoptions. Gay couples looking to adopt or foster children just have to seek out one of the many secular organizations willing to serve them. Under current law in most states, Christian adoption agencies are able to place children — according to the dictates of their faith — with the mother/father families they favor, while gay couples are able to foster and adopt through other agencies. Where, exactly, is the oppression? Isn’t that exactly the kind of “win/win” solution that allows pluralistic democracies to survive and thrive?

And if gay couples are still able to adopt, then what is the injury they are claiming?

Since no one is being denied a child, a marriage, or a product, the “injury” is typically some combination of hurt feelings and inconvenience. But to prevent a few tears, the Left is willing to force adoption agencies to close, financially ruin Christian business owners, and toss clerks in jail. And they’re willing to do so even when their own bigotry substantially hurts the poorest and most vulnerable members of society.  […]

In reality, Christian requests for religious-liberty-based accommodations provide a pluralistic democracy with the only viable way to preserve long-held First Amendment freedoms while also protecting the newly discovered rights of LGBT Americans. Allowing Kim Davis to opt out of issuing licenses under her name does not deprive anyone of the right to marry. Respecting the rights of Christian adoption agencies doesn’t prevent gay adoption. And gay weddings still feature fabulous cakes even if a baker here and there doesn’t want to help celebrate the nuptials.

For more of David’s thoughts on religious liberty and adoption, read his whole column here. 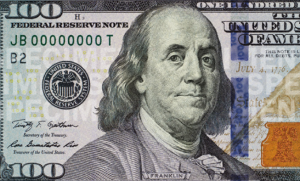