A shocking new expose was published in The New York Times this week revealing that American soldiers in Afghanistan have been directed to ignore the widespread rape of young boys that they witness while serving.

Rampant sexual abuse of children has long been a problem in Afghanistan,particularly among armed commanderswho dominate much of the rural landscape and can bully the population. The practice is called bacha bazi, literally “boy play,” and American soldiers and Marines have been instructed not to intervene — in some cases, not even when their Afghan allies have abused boys on military bases, according to interviews and court records.

It is all so sickening!

Yet, the stories told in The New York Times article were not surprising to my husband and Iraq War Veteran, David French.  In his column at National Review, David wrote about his experiences of coming face to face with this kind of abuse:

While shocking to most Americans, the Times story isn’t a surprise to anyone who’s spent significant time in Afghanistan, particularly in the tribal regions. It’s not an open secret, because no one makes any effort to hide it. Men drape themselves around preteen boys, brag about the beauty of their young sex slaves, and abuse them so systematically and thoroughly that these boys often grow up without even realizing there is an alternative to their homosexual experience. And that is but one cultural practice that has shocked the conscience of American soldiers. When I first arrived in Iraq, I’ll never forget attending a briefing for young soldiers who’d not yet been outside the wire. “You’ll see things out there,” they were told. “Things that just aren’t right. Men will beat women half to death right in front of your face. Don’t stop them. Don’t dare try. You’ll insult their honor, and we’ll have a tribal war on our hands.”

And David did see the horrific abuse he was warned about.

He was right, at least about the beatings. In the fundamentalist area of Iraq where we patrolled, men would beat women casually, shoving them and striking them to demonstrate control, then resorting to savagery if they felt that a woman had looked too long at an American, or had made eye contact. The beatings weren’t confined to women. Horrific acts of child abuse would take place out in the open, and older kids would sometimes beat younger kids senseless — kicking them again and again while they lay on the ground — to steal a pencil or a piece of candy.

The concept of “honor” imposed on women was so twisted that rape became al-Qaeda’s most effective method of “recruiting” female suicide bombers. After being sexually assaulted by terrorists, Iraqi women would face an obligation to “redeem” themselves through an act of holy martyrdom.

Yet despite knowing that these horrible abuses were happening right outside the base, the United States government continued to revere the Islamic Culture.  David continues:

As I experienced this culture, I often reflected on the flattering, multicultural lies we were told during pre-deployment training. To read the State Department and Pentagon briefings, one would believe that we were entering one of the few truly holy places in the world — a place where a great an ancient people practiced a great and ancient faith — and it was incumbent upon Americans to leave as light a footprint as possible. Deference to culture made friends; disrespect made enemies.

I highly recommend that you read the rest of David’s piece here.  It is well worth the read! 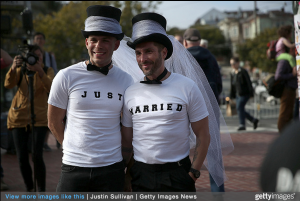 September 24, 2015 South Park Episode Shows Donald Trump being Raped and Murdered
Browse Our Archives
get the latest from
Politics Red
Sign up for our newsletter
POPULAR AT PATHEOS Politics Red
1