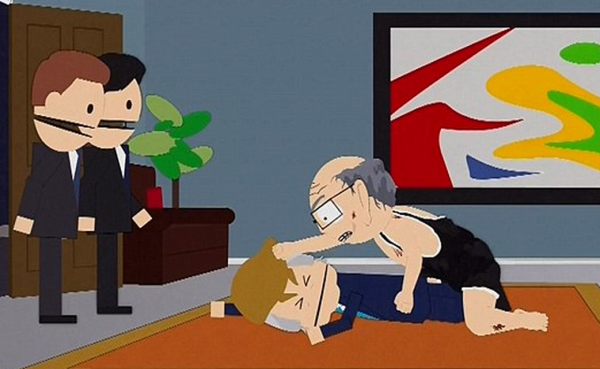 If any of you were wondering how South Park would handle Donald Trump now that he’s a Presidential candidates, now ya know:

Donald Trump was on the receiving end of a vicious take-down by South Park on Wednesday evening, which skirted the borders of decency and taste and arguably crossed them.

In an almost unprecedented attack on a running presidential candidate, the adult cartoon lampooned the Republican and in a shocking finale, showed the billionaire businessman being brutally raped to death.

The inflammatory episode of the satirical cartoon, created by Trey Parker and Matt Stone, was supposed to attack Trump’s immigration policies and mocked his oft-repeated promise to build a wall between the US and Mexico.

Here’s the trailer advertising the episode:

September 25, 2015 Middle Schoolers Asked to Recite the Islamic Conversion Prayer in Public School
Browse Our Archives
get the latest from
Politics Red
Sign up for our newsletter
POPULAR AT PATHEOS Politics Red
1