VIDEO: Rape Victim who asked Hillary about Bill’s past labeled a ‘heckler’ by MSM 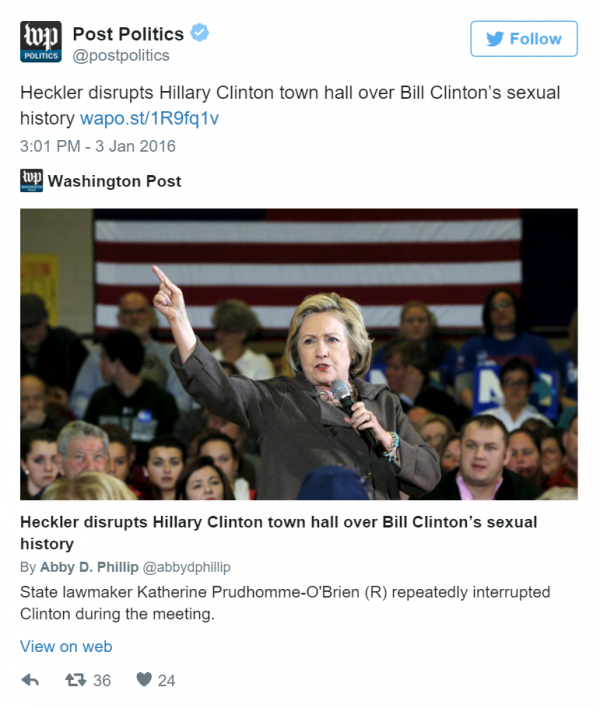 “I know I was obnoxious,” she said. “I was just trying to be no more obnoxious than I needed to be. I wouldn’t get that message out if I was trying to be polite.”In an interview with CNN on Sunday night, Prudhomme-O’Brien said she herself was a victim of rape and she was asking about Juanita Broaddrick’s allegations of rape against Bill Clinton.

This had her labeled “heckler” by Hillary’s media hounds.

WATCH: @HillaryClinton shuts down heckler: “You are very rude, and I am not going to ever call on you.” https://t.co/fJns50eKv6

@postpolitics @washingtonpost everyone deserves to be heard right? Oh, only in certain situations. Otherwise they are a heckler. Got it. — Do what now? (@t0eknife) January 3, 2016

Heckler disrupts? Why do you hate women so? https://t.co/1K7wbyP1LZ

Woman speaks up against sexual assault. Branded a heckler and disrupter by Washington Post https://t.co/uZtVTXbIpI

As for Mrs. Clinton, it must be nice when the Main Stream Media carries your water and dismisses your critics for you.

January 7, 2016
Obama's Tears Were Real - Here's Why They Matter
Next Post 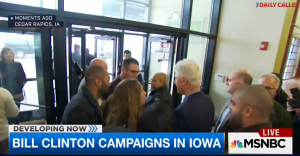 January 7, 2016 Bill Clinton Practically Runs Away from Reporter Asking Him About Juanita Broaddrick
Browse Our Archives
Related posts from The French Revolution