Religion and Submission May 1, 2019 PK Langley

I wasn’t thinking about submission when he came into my office for an assessment. His kiddo was the client and a preteen. They sat down, and we got started. I began asking questions and updating his son’s chart. Everything was going fine until I asked if they had a spiritual orientation. That’s when religion reared its ugly head and looked right at me in a challenge I remembered doing as a senior pastor.

Who I Used to be

As an ex-senior pastor, I remember what I did to those who came through our doors seeking. I would get a new convert in my sights and the weight of guilt and condemnation would aide me in lowering the corner stone of the church squarely upon them. By pointing out what I consider error, the individual becomes “weighted” and feels the need to confess. Once they do, I now have postured myself with authority over them as their spiritual parent. Oh, we don’t say it like that, but that’s precisely what happens all too often in the institutional church.

The Religious Church, the Institutional Church

The institutional church operates under a hierarchy, and to do that, there must be someone who leads, and someone who follows. It is the way the entire world works, from government to business, even down to families. It’s how we live, and so it becomes comfortable to us, natural even. This is why it’s so easy to function by submission to another human being in religion. People find it normal to “answer to a pastor” or “spiritual leader”. Yet, the Kingdom of God functions differently.

I asked the father sitting in front of me if his family went to church. It was part of the assessment I was taking him through.

I told him that I used to be a pastor, the response was quick, “Used to be?”

I could already feel the condemnation as his head cocked in an arrogant fashion and he looked down his nose at me.

“I’m still ordained”, I replied, I just don’t pastor a church anymore. I was very aware where the conversation was going, and I was ready.

“So, you don’t fellowship?” I looked at him and stopped typing. We were no longer doing an assessment. He was doing what I used to do as a pastor. He wanted to tell me that I was wrong and that I needed to go back to church to be “right with God”. 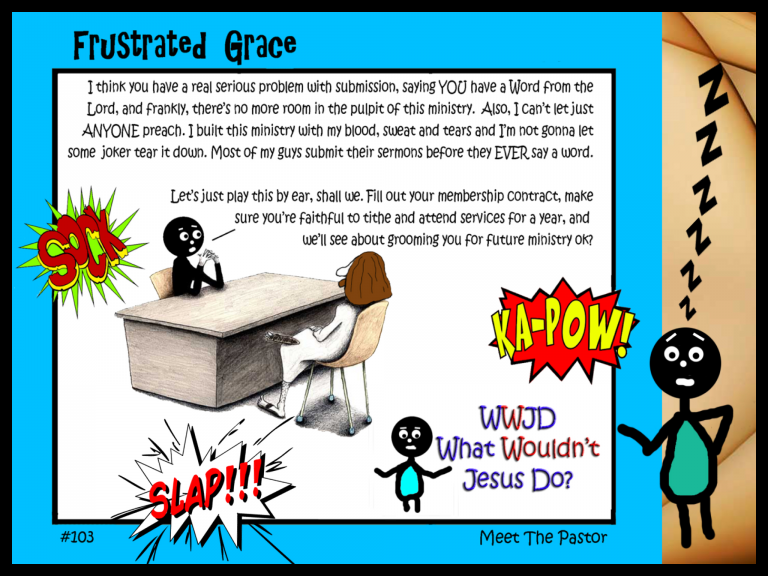 “I fellowship all the time”, I said.

“But, you don’t go to church”. He wasn’t asking, he was condemning. I loved him for his passion and looked at him for a second.

“You know, when the disciples walked the earth, there were no churches.”

He interrupted me, “Yes, they met from house to house”.

I continued, “Christ is within us brother, and where ever we are, there is Christ. God loves us, whether we fellowship within the building or outside of it”.

He took a breath and nodded his head in agreement. Perhaps he had thought about that at one time, even used it as an objection. Somewhere, he had crossed over, being convinced that one has to go to church to obey God. I felt that he wanted to continue with a, “don’t forsake the fellowship of the brethren” quote. Yet, something inside of him stopped and allowed me the last word. It was kind of him. I’m not sure, when I was a pastor, I would have done the same.

The Bible’s pages encourage mutual submission. It keeps all of us on the same level. This mutual submission is called, “egalitarianism”. When we all mutually submit to one another, there is no place for a hierarchy, or a one person in charge type of relationship. When one is in a hierarchy, an individual is able to dominate another, or a congregation. I recall many meetings where the pastor had the decision and the last word. That’s singular submission but not mutual.  (Put black and white headship photo instead of sheep herder)

When someone is “Spirit-led”, they follow the Spirit of Christ as opposed to a human leader. When you read the book of Acts you will see the disciples come together and pray. They would receive direction through discernment and then come to a place of agreement. Then, when they moved, they did so as a body. It wasn’t Peter telling everybody what to do as “a pastor” and everyone obeying his decision.

A New Style of Headship

This is the leadership that Moses had in the Old Testament. Christ allows us to function under a new style of headship that places everyone “in” the body and an equal representative member. When they had a collective agreement, they moved forward in unison. That kind of mutual submission is powerful! In this type of dynamic, all of us are equally important and everyone has a voice.

This is the difference between real spirit led relationship with the creator and a one way submission to a pastor or religious leader. Every religion today has this element of obeying a superior, someone is “the head” or the leader. It is a position obtained through serving the religion and ascending through the ranks. This is hierarchy at its best. Egalitarianism is far more fitting to the nature and character of Christ.

We do far better functioning as a whole when there is no earthly head. When Christ alone is head, and all humanity is equal, there is no place for hierarchy. In functioning this way, all of us can move as “a body” in seeking the direction of our initial mission which has been lost to institutional Christianity; to spread the good news. What that good news is, remains a subject to be discussed later. 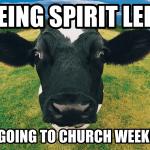 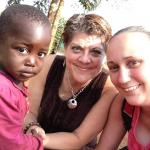 May 4, 2019 When the Good News Goes Bad
Recent Comments
1 Comment | Leave a Comment
"Women already DO pay for their own abortions. It's a vile reich-wing LIE to pretend ..."
Ocelot Aardvark Abortion is complicated
"I long for a tribe. Have given up looking. Have contacted Felicia even though I ..."
gloriamarie Reinventing the Wheel – A Hope ..."
"I appreciate the healthy separation of Jesus from unhealthy religion. I particularly like the graphics ..."
James Elliott Jesus and PTSD
"amen!"
Brandon Roberts Law, Anger and Lesbians
Browse Our Archives
get the latest from
Progressive Christian
Sign up for our newsletter
POPULAR AT PATHEOS Progressive Christian
1