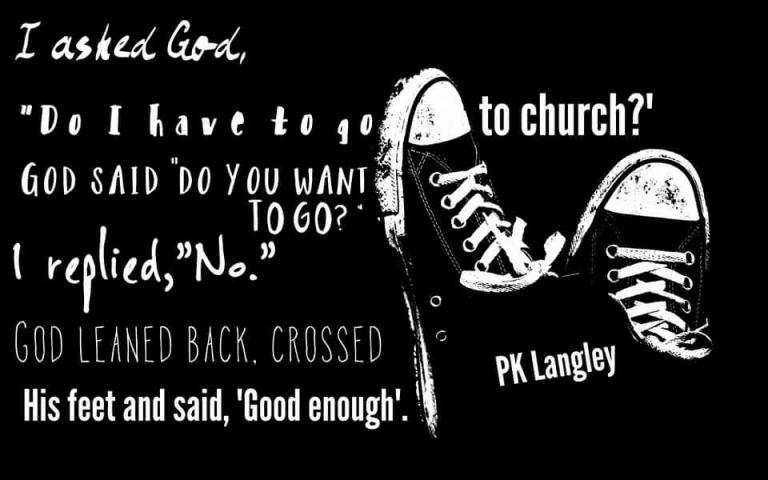 I Would Quit Again

I’m not going to church anymore, I quit. God told me I don’t have to go and I listened. If you think God told you to go, then I suggest you go. I’m pretty happy about the fact that God released me. My life has been a lot less complicated since I stopped going. What happened to me after I stopped going to church was part of my deconstruction. It has been a wild ride, but one that I would take again gladly if given the opportunity.

The first thing that happened to me when I quit church was fear. My heart was afraid that God would be mad at me. I was afraid of falling back into sin like those who stayed behind told me I would. There was a fear of losing community. My loneliness from not being in active church life cemented those fears. Part of me was terrified I had made a mistake. I had taken a bite out of the un-churched apple. I had left, and had sealed my fate.

Where The New Covenant Lead

I quit the church initially because my eyes were opened to the New Covenant. Picture a step like that of Indiana Jones in “The Last Crusade” move, when he took a “leap of faith” across a great chasm, to find his aim; the cup of Christ. He stood there overlooking a plunge to certain death and put his foot out, leg straight and true, 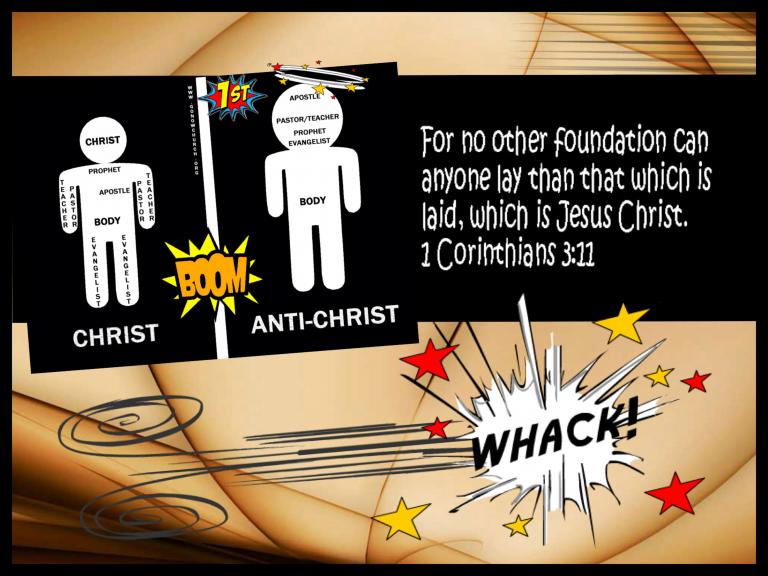 fully intending to take a step when he could not see where his foot would land. When his foot was stopped by a bridge he had not seen, he sighed with relief at finding his footing.

In the same way, leaving the church felt like that fearful step into the unknown. My family of forty years would not go with me. In fact, they would all turn their back on me with the “left foot of fellowship”. I was alone, but the spirit of God would show me that I could depend on our union.

I Tried To Find A Church

At first, after I quit my “home church”, I looked for a church that believed as I did. It’s no different than someone who chooses Baptist over non-denominational. When your eyes are open to the fact that tithing is complete bullshit, you can’t sit and listen as someone fleeces the sheep. There were other doctrinal issues that had pushed me out to try to find someone, anyone, who was walking in truth.

The further I went out, the more pillars began to crumble in the institutional church building. While hoping to find a body of believers that knew the truth and were walking in it, there were understandings breaking through my heart every day. Every church I tried to connect with was a complete disappointment. I couldn’t eat what they were serving anymore, my appetite had totally changed for the better. I felt like I had unplugged from the matrix and there was no turning back.

Church Came To Me

God was with me, and even though I had quit going to church, church started coming to me. I was living in an apartment and the smoke detector went off, leading me to call maintenance. A man showed up with 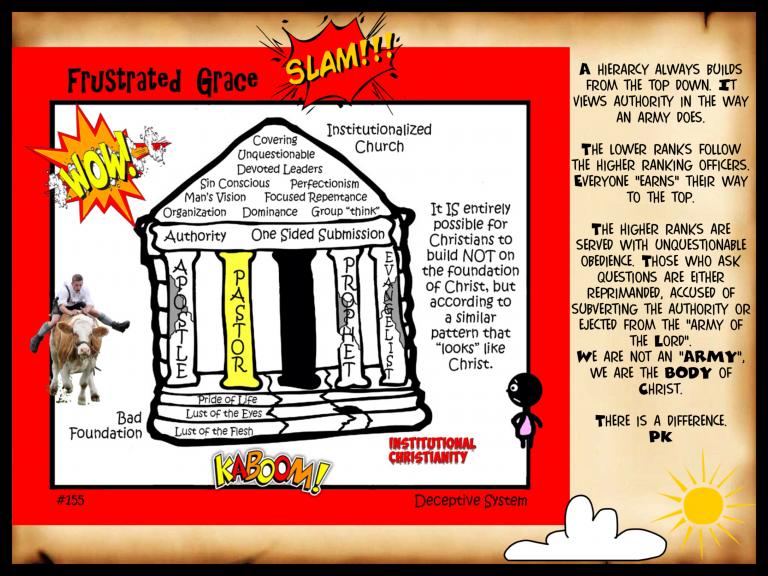 his son to take care of fixing the smoke detector and the son noticed my guitar. One thing led to another and the young man ended up weeping and crying as I witnessed the love of God to him. We had experienced marvelous encounters, and none of them were inside a building.

The Wind In My Sails

A week later after the smoke detector surprise, three gay men who did not live at our complex, came in late at night to use the swimming pool. We went down for an evening swim, and we started talking with them. The love of God poured out between us, and there were tears. Every time I looked for God outside of the confines of a church relationship, I was not let down.

When I would start missing the fellowship that I had become so accustomed to inside the building, there would be a beautiful spontaneous expression that would be like a wind catching my faith sails. Whenever I was weary, God moments breathed upon my soul and I kept going.

The Ties That Bound, Loosed

Every time I had another epiphany about God outside of the church, I would become stronger. At times, it felt like learning to walk all over again. I always felt God with me, in me and through me. No longer did I need a pastor to show me how to live, I was spirit led all by myself and thriving. I began to find others that had left the church and were doing fine. Some of them were like me, trying to find their footing after thirty years of service. My life lost its co-dependencies and I started really walking in a spirit led life. My life was evidence of a spirit led life outside of the church building. 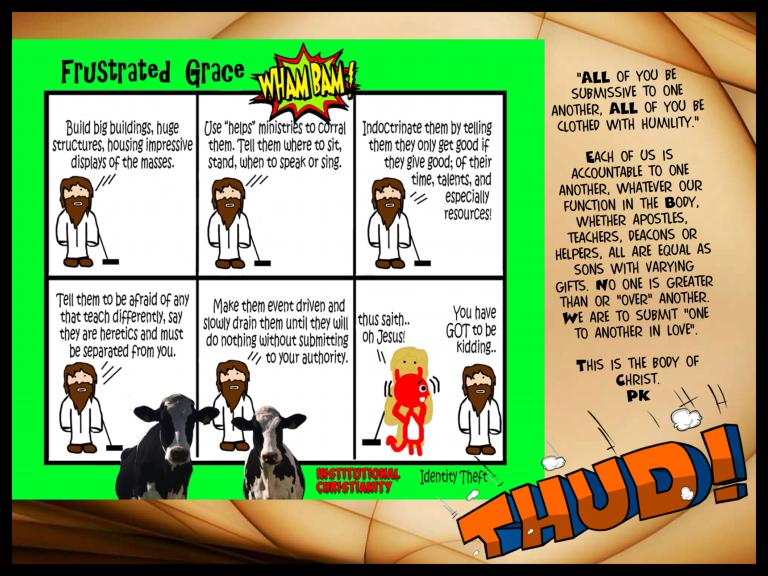 That’s what’s scary for people. When you go to church, it pacifies some guilt that is embedded systematically by religion. It’s those twisted scriptures that really don’t mean what they say they do that twist the proverbial guilt blade. The, “Don’t forsake the fellowship of the brethren” verse is a good one. Other verses are used by the modern church as tools to keep people coming. If you told people they didn’t have to go to church, would they stay home? Today, where we battle for every second of time we can get, who wouldn’t stay home if they realized God wasn’t demanding their attendance?

They Did “Church” Different

When we go back to the beginning, you know that place around the time when Jesus rounded up a bunch of misfits; there was no building. At that time, there were no pastor’s in pulpits or apostles claiming they were more important than the seated pastors. There were no congregations, no tithe demands backed up by promises that God blesses the cheerful giver. Believers came together, loving God and each other in simplicity. People were going “from house to house” in spontaneous fellowship. That was what Jesus asked them to do, wasn’t it? Today, we have complicated and mechanized that beautiful relationship that Jesus perpetuated while he walked the earth. Puppeteers tell parishioners that “their reasonable sacrifice” is to attend church, and they not only believe it, they promote it defiantly as well. 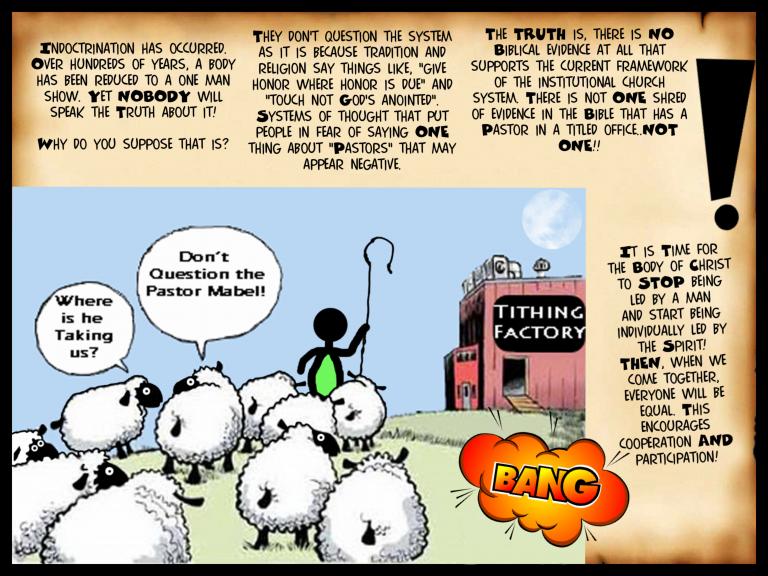 I Was A True Building Disciple(r)

I promoted the institutional church agenda for thirty years and I know how we convince ourselves that “it’s true”. We parrot the same verbiage that we have swallowed. When someone refuses to listen, it becomes pointless to try to convince them of anything other than their truth. My life in ministry demanded that I was hard-nosed and defiant to anything that “threatened MY truth”. Now that I am on the other side of having my ears washed out with the soap of reality beyond religion, I look at those I have left behind with sadness and a desire to ask them to listen. It is for my brother’s and sister’s still in captivity that I write about life outside of institutionalism. Those who want to quit but are afraid.

Ask yourself if you have ever wanted to sleep in. Have you ever heard the alarm go off on a Sunday morning and wished you could stay in bed another hour? Was there a time when you felt God nudge you in a direction, one that you excitedly shared with “leadership”, to find that they wouldn’t support you? Have you ever allowed yourself to question whether we are doing church right? Have you wanted to change church the way it is currently done? Did you want to quit? Questions lead to answers, if we allow ourselves to explore them. Religion is afraid of those who will ask questions, and are brave enough to discover the answers. My answer was to leave the institution and it was the right answer, for me. Can you be brave and admit that you have questions like I did? 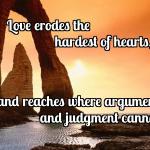 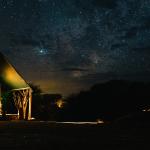