This week, a gay couple was riding a bus in London, they were holding hands. They weren’t discussing Straight Pride. One of them was on a sabbatical for medical studies. These weren’t “butchy” women looking for a fight. The men began taunting them, wanting them to kiss each other for their entertainment. The scene exploded into violence and before they knew it, their blood was spilled.

Pride for the Oppressed

This week has been a loud one for those of us in the LGBTQ community. With gay pride celebrations taking place shortly, those who oppose gays, especially the Christian right, are making their voices heard as well.

A Pride Song to Sing Loud

“Straight Pride” isn’t new, it surfaced in the late 1980’s, although I was oblivious to it at the time. It has been used by conservative groups as a political stance and strategy. Whenever the LGBTQ community sings its song to end oppression and hate, Straight Pride is one of those voices who tries to sing louder and drown them out. 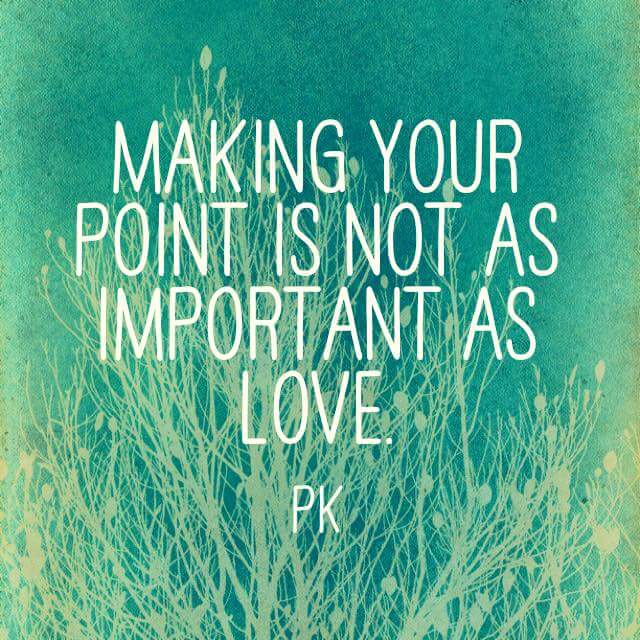 I am only one person. I hope that by sharing a bit of my journey with those of you who are not gay or at least seek a bit more understanding, and in doing so you may see things from a different perspective. There are people who had long standing relationships on Facebook with me prior to me coming out as gay. Several of those had a heart change toward the gay community because they finally allowed themselves to consider love may trump religious tradition.

We moved to Florida several years ago, wanting to be near water and enjoy the year round pleasant temperatures. Our first place was a condo that was reasonable. Near it was a subdivision that we began taking walks in. One day, as we walked, I held my wife’s hand and we smiled. The warm sun was on our faces and we both delighted in the ability to just be outdoors. That’s when I noticed the car behind us. It was moving slower than five miles an hour. A man and a woman that were white and easily over fifty were in the vehicle.

Pride for The Sneers

The woman glared at us and her eyes locked with mine. I felt her disdain in an instant and I let go of my wife’s hand. They drove past but the feeling stayed with me. They didn’t want us in their neighborhood. We were not welcome and they wanted us to know. I was afraid. If my wife was ever threatened, or hurt, I wouldn’t be able to bear it. She is a nurse, and the kindest person I have ever met. I can’t explain the way it made me feel, I just knew this wasn’t a place to hold hands. 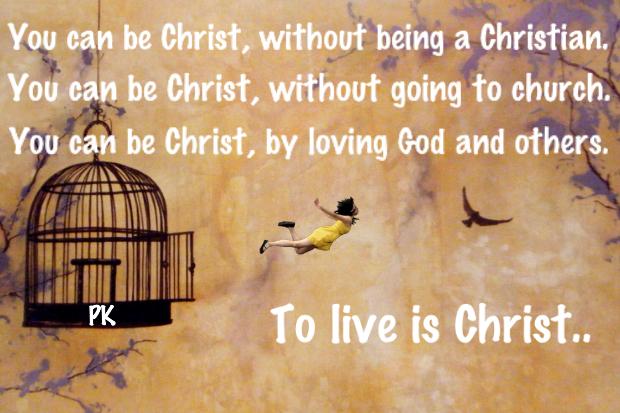 When we are out in public, we have to consider where we are before we demonstrate any affection toward each other. I do not kiss my wife in public unless we are absolutely sure we are safe. Oppression to me is not being able to be yourself because someone else is waiting to tell you its not okay. It’s not that I want to run around french kissing my wife in public, its just the simple right to be able to express our love toward each other without fear.

When I started working for the Sheriffs department as a corrections officer, it was in Texas. Everyone knows that Texas is an ultra conservative state. On my first day of training, I was shadowing a short blonde woman with glasses. Her hair was wavy and she was stocky. The inmates called her “butch” behind her back. Honestly, I thought she might be gay, that is, until we walked into the booth where the monitors were. An older man was sitting there and they began to have a conversation. It quickly turned dark for me. I realized by her example and several others that being a Christian isn’t always about being loving.

Pride for Their Rage 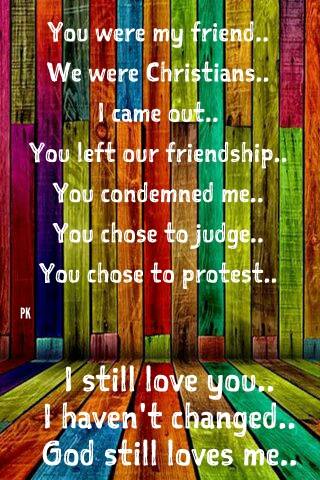 “You know what it is, that damn gay agenda”, she said. I had tuned her out as I was trying to ingest all the new material I was learning. As I looked up at her small oval face, I noticed her cheeks were getting redder and she was getting louder. “What is a gay agenda”, I wondered in my mind . Why didn’t I know what the gay agenda was? She started quoting bible verses that I knew very well. Every single one of the verses she used were out of context. I knew, because I had to find the truth in order to reconcile my faith with what I had been taught. She was spraying spit at this point and I knew I had to keep my mouth shut.

Pride For No Audience

You don’t try to rebuke someone who believes that you are “in error”. If they think that you chose to be gay, you are the person who needs to repent in their eyes. My hair dresser is gay and told me his stories this morning. We can talk to each other about our struggles, but we are an oppressed people. I am thankful for pride because it is an opportunity to be heard. When I told my old Christian friends that I was gay, every single one of them outside of family members walked away from our relationship. 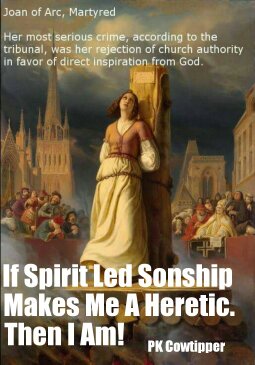 When I married my best friend of twenty years, it wasn’t legal in my state. Had anything happened to her, I had no rights in the life we’ve built together. Had she faced a life threatening situation, I could not stand up for her if her family became involved. We had a commitment to one another and yet I couldn’t share her health insurance. Things have gotten better but we still have a long way to go.

One Day Pride for Humanity

I know it may seem silly, but I’d like to put up a picture of myself and my wife at my work. I can’t do that now because I see fifteen to twenty mental health clients a day. A few of those clients have used words in my office like, “faggots, gays, and queer folk”. Right now I cannot risk offending someone and possibly getting hurt. One day, I will be able to have a picture of us and our cats on my desk and not be afraid. One day we might see my wife’s family actually communicate with her again without trying to get her to stop loving me in the process. I believe in one day. 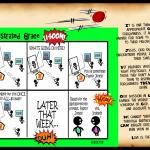 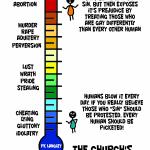 June 13, 2019 Religious Focus
Recent Comments
55 Comments | Leave a Comment
"Women already DO pay for their own abortions. It's a vile reich-wing LIE to pretend ..."
Ocelot Aardvark Abortion is complicated
"I long for a tribe. Have given up looking. Have contacted Felicia even though I ..."
gloriamarie Reinventing the Wheel – A Hope ..."
"I appreciate the healthy separation of Jesus from unhealthy religion. I particularly like the graphics ..."
James Elliott Jesus and PTSD
"amen!"
Brandon Roberts Law, Anger and Lesbians
Browse Our Archives
get the latest from
Progressive Christian
Sign up for our newsletter
POPULAR AT PATHEOS Progressive Christian
1