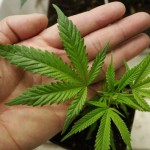 As some of us across the nation welcomed in the first day of 2014 by sleeping in and lounging around yesterday, others – a certain contingent in Colorado to be exact – got up bright and early to be among the first in U.S. history to legally buy marijuana. Feel free to locate the irony in that sentence, if you wish.

Yes, pot is now officially legal in the United States. In one state out of fifty, and with numerous restrictions on where it can and can’t be used, but legal nonetheless. This makes some people very happy. This makes others very angry. And still, it makes others shrug and say “meh.” Ah democracy…

Colorado’s groundbreaking law is sure to pave the way for the legalization of marijuana in many other states. I have little doubt that it won’t be long before it’s legal throughout the nation right alongside the only two other drugs (alcohol and tobacco) more popular in this country. But until then, pot smokers can take solace in knowing they can save money on airfare. No doubt, to a Maine resident wanting to legally purchase an ounce, a flight to Colorado probably now feels like a trip to the local mall compared to what it costs to travel to Amsterdam.

Can you keep a secret? I’ve never smoked marijuana. And no, I’m not just saying that because my parents might one day read this. I’m thirty-three and I’ll light up a joint if I want to, dammit! In fact, I’ve never smoked anything in my life and I’m a very minimal drinker at best. That’s not to brag, that’s just my story. I never experienced any of those silly propositions elementary schools say will happen to you at some point…you know, where the big punk in the denim jacket passes you a beer or a doobie and tells you to take a drink or a hit because “everyone who’s cool does it.” Nope, for me, I never got into drugs and alcohol for the same reason I don’t eat seafood. Just not my cup of tea. You know what is my cup of tea? A cup of tea. But I digress… 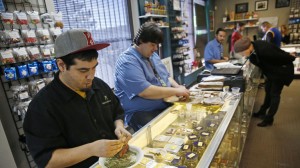 As a result of my non-use, I’ve been hesitant to really weigh in on the ethics or morality of legalizing recreational drugs. One of my closest friends, however, who enjoys describing to me in detail the affects and sensations of his past drug use (and believe me, his stories are hilarious) is an ardent supporter of legalizing marijuana throughout the U.S. My friend, who is a Christian as I am, believes the drug to be a recreational tool to be used responsibly, the way one should when consuming alcohol. At first, his words clashed with my whole upbringing. Throughout grade school, I repeatedly learned that all drugs were bad without exception. Yet, when I look at the words of the Bible – the instructions I strive to follow in all areas of my life – can I really say that the mind-altering affects of marijuana are really all that different from those brought about by alcohol? And as even the most staunch of atheists knows, one of Jesus’ most famous recorded miracles was the turning of water into wine at a wedding that had run out of the celebratory drink. In fact, it wasn’t just good wine he made. John 2:1-11 describes the divine wine as the best wine at the whole event. In full disclosure, I’m not yet sure where exactly I stand on the issue of legalizing pot, but one thing is for sure: those in favor of it, even those coming from a Christian angle, have a serious leg to stand on. 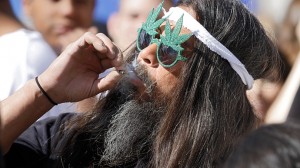 In the coming months and years, if in fact, marijuana is legalized in more states, it’ll be interesting to see how its recreational use affects how artists of all kinds go about their work. It’s little secret that some of the most well known musicians, writers, and performers have cited cannabis use as a major creative force in their artwork. Would making it legal across the nation suddenly take away some of the aura of its mind-expanding properties? After all, you don’t hear any artists brag about how they came up with a killer song because they’d all been sitting around smoking cigarettes. In addition, I’m curious to see whether or not its legalization will actually decrease use of the drug, as some have argued, keep it the same, or cause a spike in usage. I’m no sociologist, but it would seem to me we need only look at our culture’s prevalent use of alcohol and tobacco as a preview of what’s to come.

Okay, that’s enough out of me. I want to know what you think. This is a weighty topic and I’d love to hear your thoughts below and encourage you to discuss. I’ll be back in a bit…I just got real hungry for some reason.

January 3, 2014 "Community" Returns With a New Face
Recent Comments
0 | Leave a Comment
""I must confess, I HATE Christian radio. There are always exceptions, but more than ever, ..."
Krysia Berdinski DeGraaf Christian Music’s Authenticity Problem (or How ..."
"That's right my man. (Sorry to resurrect an old article) but it's still true. It ..."
▌Đeparture ▌ Christian Music’s Authenticity Problem (or How ..."
"We both share the same dilemma. We embrace our understandings of the Gospel and, therefore, ..."
JOB2001 Why Reformation Day is Dumb…
"Sorry for jumping to conclusions without knowing you! Regarding your dear aunt's fear, one should ..."
Truth Why Reformation Day is Dumb…
Browse Our Archives
Related posts from The Rogue

Entertainment
A TREMOR IN THE FORCE - Part 3...
The Rogue
TRENDING AT PATHEOS Entertainment

Common Grace, 3.7
This post is part of a series walking through the third volume...
view all Entertainment blogs
What Are Your Thoughts?leave a comment
Copyright 2008-2021, Patheos. All rights reserved.
Close Ad