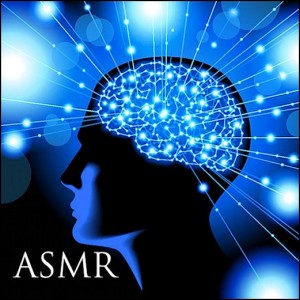 Imagine this, if you will. I’m in a first grade class. We just did a bunch of math problems and the teacher sends around one student with an answer key and red pen to check everyone’s work. As the student reaches me, she picks up my sheet, which makes a light crinkling sound. I don’t know why, but I like this sound and feel an instant calm wash over me. She sets the sheet down and my eyes droop in relaxation from the tap-tap-tap of her pen on the sheet as she compares my work to the almighty answer key. A moment later, I’m in heaven as she makes a series of delicate pen-on-paper scratch sounds. The top of my head and back of my neck literally tingle. Then she moves on and I’m sad. Not because I got most of my math problems wrong, but because the soothing sounds have faded away out of earshot.

Some time later, I’m at home flipping the channels and The Joy of Painting comes on. Yeah, this was the 80s. But even so, you know the host, Bob Ross. His fro is legendary. Anyway, a few minutes into the episode, I’m experiencing the same physical responses from the guy’s soft voice, the smooth scrape of the painting knife on the palette, and the delicate whooshing sound of the brush on the canvas. I was maybe seven at the time, so rational thought was still a ways away (any day now, I’m hoping). And at that age, you don’t really think about or process anything concerning your body and mind.  All I knew was it felt great and I wanted more.

Still with me? Okay, good.

What I’ve described above is a phenomenon called Autonomous Sensory Meridian Response (ASMR). I’m now thirty-three and still experience ASMR on a regular basis, even more so today because I’ve come to understand it much better and know how to locate and execute my “triggers” much more efficiently than I did when I was a kid.

Now, before I go any further, I should probably say to those of you snickering and giggling that nothing about ASMR is sexual in any way, shape, or form. In fact, sexual arousal is an ASMR buzzkill. To be even more clear, the blissful feelings brought about by ASMR take place entirely above the belt. I’m not being prudish; both sensations are awesome, but both have their time and place, and quite frankly, both cannot exist together. (Think of it like that prophecy about Harry Potter and Voldemort not being able to live while the other is alive). ASMR has been called by some the “unnamed feeling.” Others use the term “braingasm.” Personally, I think that term, while cute, blurs the lines between a true ASMR experience and the chemical euphoria of actually having an orgasm. Therefore, I prefer the term “brain massage.” But hey, to each their own.

A few years back, I came across a couple articles about ASMR and was overjoyed to learn that there was actually a spiffy acronym for that cool feeling I’d grown up knowing but never talked about with anyone because how the hell do you explain it to someone without coming across as a pervert or a headcase? I was even more thrilled to find out that there was a growing online community of people who not only got it too, but were willing to share with each other the triggers that bring about their greatest responses. YouTube now has a large contingent of “ASMRtists” who post videos containing a variety of the most common ASMR triggers. These videos include role playing (hair cuts, doctor exams, one-sided Q&A), massage demos, drawing, paper crinkling sounds, nature sounds, whispering, tapping, watching someone put something together, or even doing something totally mundane like folding laundry or ironing. Again, I know this sounds on the verge of being pornographic or voyeuristic. But it’s not. At all. Seriously.

The point is, anything can act as an ASMR trigger, and that’s what’s awesome. You can be anywhere or be doing anything and still have the opportunity to enjoy this pleasurable release of brain chemicals simply by, perhaps, the way the cashier bags your items at your local grocery store.

And if you don’t get it, you just don’t get it. And that’s cool. But I can’t help but feel a little sorry for you because ASMR is freaking incredible. My wife doesn’t understand it and still pokes fun at me whenever she finds me unwinding with a short video or two of someone pretending to give me a haircut or a scalp massage. I just laugh back at her and remind her she’s missing out!

To be honest, as I look back, I think ASMR is the reason I never got into any drugs. While several of my friends were getting high, I was able to bring about completely natural and harmless feelings of pleasure in my own brain simply by focusing on one of my own triggers. I don’t say that to be judgmental toward those who use drugs. It’s just my own reality. And the best part is, unlike a person who is stoned or drunk, an ASMR experience can be stopped at any time, rendering you fully capable of operating heavy machinery (or at least as fully capable as you were beforehand).

The other truth is that ASMR has been extremely useful for me as someone who’s battled anxiety issues, something that a lot of other people have claimed as well. A decade ago, I dealt with crippling social anxiety. I lost a ton of weight and suffered constant panic attacks. It got to the point where I had to really gear myself up to go out anywhere. I’m by no means saying ASMR is a cure-all for anxiety disorder, but it surely did provide me a way to press the reset button of my mind and body, so to speak. And as someone who believes that God designed the human body as a highly complex, intricate instrument – a body whose potential we’re not even close to fully figuring out – I’m very grateful that we’re designed with such amazing self-soothing mechanisms such as ASMR.

While a fair amount of media has covered the ASMR phenomenon, the medical community has been slow to get on board, with the argument being that there’s not yet a way to truly research this experience, which has only had an official name since 2010. But with medical advances occurring at the rate they do these days, it wouldn’t surprise me if a study came out one of these years showing the ways the brain and the overall body benefit from ASMR. Additionally, I think it’s a fascinating topic more writers ought to explore in the vast world of fiction (note to self…)

If you enjoy ASMR as much as I do, I’d love to hear from you! Chime in below and share your own experiences. And if this sounds totally weird for you, I get that. Some of you are probably thinking (in that Jim Gaffigan internal monologue voice) “Hey buddy, tingling sensations in the scalp and neck when you hear tapping or whispering sounds? Sure you’re not schizophrenic?”

Okay, I just laughed because I pictured Gaffigan actually saying that in my mind. But it didn’t trigger my ASMR. This time, anyway. Maybe I’m not right in the head after all…

May 20, 2014 Joy in a Game Show: Interview with Jeff Foxworthy and Kirk Franklin
Recent Comments
0 | Leave a Comment
"Ithink the black hair guys,or someone...😬Zm.9226A.US/C6615QZ"
Donetaskdontask Key and Peeling Out
"Cahill is the best husband material <3JA.2633R.US\y6615b"
Andrew Fischmann My Sad Devotion To An Ancient ..."
"People like that orange dress lady are so disgustingly annoyingM.2633K.US/w6615W"
ClumsySkeleton Mabel’s Identity Crisis
"pack your things and get the f outta herei.KU6F.CN/FZ6615am"
Wolfeon A TREMOR IN THE FORCE – ..."
Browse Our Archives
Related posts from The Rogue 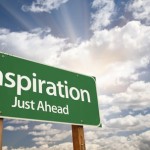 Entertainment
Inspiration isn’t from within: My journey as an...
The Rogue