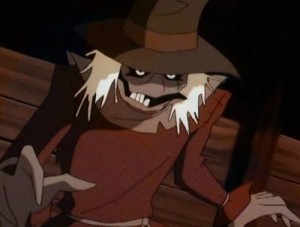 I enjoy Gotham without shame. I look forward to it every week. I like seeing the development of the supervillains and of little Bruce Wayne. Monday’s episode showed the beginnings of one of my favorite villains, Dr. Jonathan Crane; aka Scarecrow. Last night, I inadvertently became scarier than Scarecrow after watching the show and getting the idea for this blog. I tried to text myself this line from the show so that wouldn’t forget it by the time I had a chance to write: “Imagine the thing you fear most in the world. Imagine that’s all you see. Every waking hour.” But, the text did not go to me. It went to the grandfather of one of my kid’s friends. I’ve only met the guy once. I can’t even imagine what he must think…

Anyway, it sort of fits in with the blog I was going to write, which is about personal freedom. I love Scarecrow particularly because he illustrates (on an exaggerated, supervillain-sized scale) what sort of evil can happen when one has little to no personal freedom. I have lots because I am very aware of the difference between right and wrong and have been brought up with the ability to discern and make decisions that are life-giving and wholesome (when I choose to). And yet, I can still potentially scare the poop out of people with my horrible mistakes.

Jonathan Crane does not have much personal freedom at all. This Gotham episode offered the story that his mother died in a house fire that both he and his father survived. His father’s fear and devastation at his failure to save his wife turns him into a madman who makes his son help him to scare phobics, kill them, and then cut out their adrenal glands for the purpose of making an anti-fear elixir that he hopes will fix his own debilitating fear and fear that he imagines his son to have (which he doesn’t). He injects Jonathan with too much of the stuff just before getting gunned down (because he was shooting at the police) right in front of his son. As a result, Jonathan descends into terrifying hallucinations that the doctors are not sure will ever end. Now, that’s a backstory for you. The kids’ brain is double messed up—by the psychological damage, and chemical damage done by his father. Most people would say he never stood a chance.

We do have a sense of this—that children who are brought up in terrible situations “don’t have a chance” at being normal or becoming contributing members of society. Of course, there’s always hope and many, many people beat the odds—break the chain of addiction, or abuse, or dysfunction. And that’s wonderful. But we do still have a sense of understanding and compassion when we see people who have not been led or fed properly not become what God intended them to be.

That line, said by the doctor caring for Jonathan, is something to consider… Imagine the thing you fear most in the world. Imagine that’s all you see. Every waking hour. Fear can be devastating. It can rob us of our potential and our lives. It can remove our freedom from us. While some more serious situations require the care of a doctor, most of us can overcome our fears by becoming more personally free; by knowing who we are and what God calls us to be. We can be opened up to new possibilities and live more deliberately. St. Ignatius spoke of personal freedom and considered it something to be striven for, particularly through prayer. His favorite way of praying yourself into more personal freedom was through a prayer called The Examen. It’s pretty great. If you’d like to check it out, click this link to learn how.

Jen Schlameuss Perry is a writer of blogs and short stories and currently works for the Catholic Church. Check out more of her work at: www.catholicinklings.com or on Facebook. 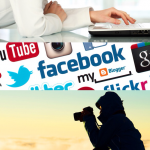 February 13, 2015 If God worked in Social Media
Recent Comments
0 | Leave a Comment
Browse Our Archives
get the latest from
Entertainment
Sign up for our newsletter
POPULAR AT PATHEOS Entertainment
1