The Battle Of What Seemed Like Five Hours April 1, 2015 Jonathan Ryan 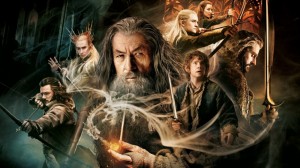 I am the parent of a teenager. This puts me in the weird new reality of my humongous child now venturing away from the house without me; going out with his friends instead. He gets to go to movies—in the theater. I used to do that… He has already seen two movies that I wanted to see before I got to. The first was “X-Men: Days of Future Past” and the second was “The Hobbit: Battle of the Five Armies,” both of which I had to wait to see when they came out on demand.

The Hobbit just became available this weekend, so my husband, this particular son and I watched it together. Before it started, my son declared that it was a “one star movie—and it only got one star because you can’t give zero.” My husband said, “Don’t ruin it for me.” My son replied, “I don’t need to. That’s what you have Mom for.” I would have had a retort, but the child knows me, and he was right. That movie was so bad—there could have been no fun in watching it with me. The campy lines (“you should have stayed dead”…really?), ridiculous fight scenes and lack of fidelity to the book made it an awful waste of time. It felt like forcing the story to be three movies stuck them with having to fill time (2 hours and 24 minutes worth!). I hadn’t been so disgruntled about a movie since “The Two Towers” and Peter Jackson is to blame for both.

Bad as The Hobbit was, the acting was good, the treatment of the dragon gold sickness was good, and as with all the series, it was beautiful to look at. And there was one part that I really liked—the end. I don’t mean that in a, “I couldn’t wait for it to be over” kind of way (although that’s true)—I mean that the ending resounded with me.

Biblo came home from an unfathomable adventure to his house stripped of everything—just empty halls with scraps of paper swirling across the floor and things that greedy hands didn’t deem worthy of taking carelessly tossed about. And that is exactly how it feels to return home after you’ve had a profound experience—like a religious retreat, or volunteering, or going away to school, or going on an adventure. You come back different, and the people who knew you before don’t know you the way you’ve been known while you were away—and they don’t know the different you now. I know that’s a complicated sentence, but if you’ve had an experience like this, you know what I mean.

There is a certain hollowness in knowing that you’ve returned to something that you no longer fit into perfectly, seeing remnants of what you had been but can never be again—and don’t want to be again. You see the life you had previously been content with and now it simply doesn’t suffice. It’s not your life anymore. And that moment—that visual of Bilbo just standing there in the dust of what had defined him—expresses that feeling perfectly.

As Lent comes to an end, and my current job comes to an end I’m having to look at who I’ve become in my faith and professional journey that has lasted almost half of my life. I’m looking forward to seeing who and what I’ll become in the next leg of the journey, honoring the adventure that the people in my parish have allowed me to accompany them on for all these years.

April 1, 2015 Teen Author Boot Camp Interview 2015: Co-Founder and Author Lois Brown
Recent Comments
0 | Leave a Comment
Browse Our Archives
get the latest from
Entertainment
Sign up for our newsletter
POPULAR AT PATHEOS Entertainment
1

Entertainment
The Michael Scott School of Grieving
The Rogue 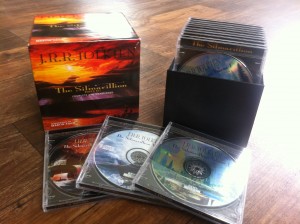 Entertainment
The Most Underappreciated Work of Fantasy Ever –...
The Rogue

Entertainment
A TREMOR IN THE FORCE - Episode 5...
The Rogue
TRENDING AT PATHEOS Entertainment