Why is Cedar Rapids so Godless?

Why is Cedar Rapids so Godless? February 13, 2017 Gene Veith

Iowa defines the American heartland, with its staunch Midwestern values and rural American virtues.  Though its prairie populism sometimes elects Democrats, today its elected officials are most Republican.  The candidate favored by Christian conservatives usually wins the Iowa caucuses.

A recent study ranked Iowa as the 19th most religious state in the union.  Except for one mysterious outlier:  Cedar Rapids.

The second largest city in the state, with a population of only 130,000, is an island of secularism in an ocean of religion.  By virtually ever standard–Bible reading, Bible believing, church attendance–Cedar Rapids scores closer to the big coastal cities than any of its midwestern neighbors.  Nearly half (47%) of its adults are “nones,” holding to no particular religion at all.  That’s the same percentage as Los Angeles county.

So why is this?  People are trying to figure that out.  One perhaps counter-intuitive reason:  Cedar Rapids is overwhelmingly white.  So are the vast majority of “nones.” Black people, in contrast, score extremely high on the religious indexes (Bible reading, Bible believing, church attendance).  A large black population tends to increase a city’s religion score, while a large white population decreases it.  At least that’s what the post says, quoted and linked after the jump, which also lists other possible factors.

Still, the mystery remains.  Iowans, can any of you explain?

From Sarah Eekhoff Zylstra,  No Bibles in Iowa: The Curious Case of Cedar Rapids, The Gospel Coalition:

Every year, the American Bible Society and Barna Group rank 100 of the nation’s most Bible-minded cities—that is, how many people read the Bible at least once a week and who strongly believe the Bible is accurate. And every year, cities from the Bible Belt—Chattanooga or Birmingham or Knoxville—come in first, while cities from the coasts—San Francisco or Boston or Albany—come in last.

It’s all fairly predictable, except for one city: Cedar Rapids, Iowa.

Cedar Rapids, the second-largest city in Iowa, has ranked in the bottom five for the past four years, and its percentage of Bible readers and believers keeps going down—from 17 percent in 2014 to 15 percent in 2015 to 13 percent in 2016. Barna measures by media market, so Cedar Rapids’s numbers include nearby Waterloo, Dubuque, and Iowa City. . . .

In a city of less than 130,000, such low rates of reading and believing the Bible perplex many observers. It defies the expected connection between religiousity and middle-class values. Cedar Rapids is known as a good place to live and grow up, as evidenced by two national accolades it earned in 2016: the best place to raise children, and one of the best affordable cities.

February 13, 2017
An obituary for a contemptible life
Next Post 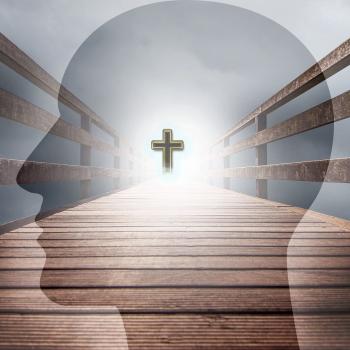