LCMS judge is censured for following her church 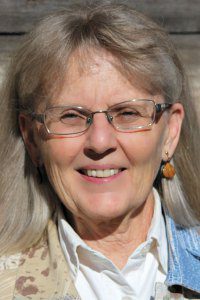 We blogged about (here, here, and here) the case of Judge Ruth Neely, a municipal judge in Pinedale, Wyoming, who mentioned to a reporter that, as a Lutheran Christian, she would not be able to preside at a same-sex wedding.  Uproar ensued.

Never mind that no gay couples have ever asked her to do their wedding, so that she never discriminated against gay couples.  Never mind that Wyoming law does not require judges to do weddings of any sort.  But the enforcers of the new morality complained to the Wyoming Supreme Court, demanding that she be removed from office.

The court has now issued its decision:  Judge Neely will be censured, but she will be allowed to keep her position.

After the jump, an AP story about the decision, as well as the reaction of the president of the Lutheran Church Missouri Synod, Matthew Harrison.

The title of his message puts the case in vocational terms:  “Living Out Vocation under the Cross.”

A small-town judge who says her religious beliefs prevent her from presiding over same-sex marriages was publicly censured by the Wyoming Supreme Court on Tuesday.

But while the court said her conduct undermines the integrity of the judicial system, it does not warrant removal from the bench. In a 3-2 decision, Justice Kate Fox wrote that Judge Ruth Neely violated judicial conduct code but removing Neely would “unnecessarily circumscribe protected expression.”

Living out vocation under the cross

We are in legal Never Never Land — uncharted territory within a society and a legal system increasingly averse to Christians living faithfully in their vocations. Pastor John Hill, president of the LCMS Wyoming District, filled me in this week. The decision of the Wyoming Supreme Court on the case of Wyoming Judge Ruth Neely has landed. By a 3-2 majority, they ruled Judge Neely — a faithful member of an LCMS congregation — is guilty of 3 of 4 ethics violations filed by the Wyoming Commission on Judicial Conduct and Ethics. Here’s part of the ruling:

“We decline to remove Judge Neely from her position as a municipal court judge; such a punishment would ‘unnecessarily circumscribe protected expression,’ and we are mindful of our goal to narrowly tailor the remedy;” and “We conclude that Judge Ruth Neely shall receive a public censure; Judge Neely shall either perform no marriage ceremonies or she shall perform marriage ceremonies regardless of the couple’s sexual orientation.”

March 13, 2017
The social implications of the Second Law of Thermodynamics
Next Post

Evangelical
Pope says, if you try to convert an...
Cranach
TRENDING AT PATHEOS Evangelical