Trump and team WERE under government surveillance

Trump and team WERE under government surveillance March 23, 2017 Gene Veith 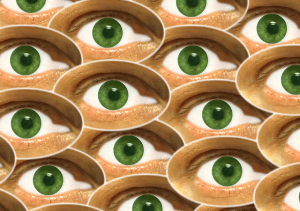 President Trump has claimed that the Obama administration bugged his Trump Tower offices.  That accusation has been mostly dismissed.

But now it turns out that President-elect Trump and his transition team WERE surveilled.

House Intelligence Chairman Devin Nunes (R-California) said that he has seen copies of reports “unmasking” the members of Trump’s transition team and their activities.  This material was widely-circulated in the White House and in the Intelligence community.

Nunes says he believes the material was gathered legally, although information gleaned “incidentally” in the course of other investigations is supposed to be redacted.  Nunes says the information gathered did not involve Russia connections.

Nunes said the monitoring appeared to be done legally as a result of what’s called “incidental collection,” but said he was concerned because it was not related to the FBI’s investigation into Russia’s meddling in the election and was widely disseminated across the intelligence community.

March 23, 2017
How Gorsuch's nomination hearing is going
Next Post

March 23, 2017 Group morality vs. individual morality
Recent Comments
0 | Leave a Comment
Browse Our Archives
get the latest from
Cranach
Sign up for our newsletter
POPULAR AT PATHEOS Evangelical
1