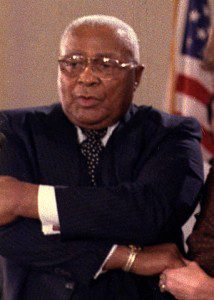 As the world reflects on the 500th anniversary of the beginning of the Reformation, it is evident that some people–and not just the young and history deprived–confuse Martin Luther the Reformer with Martin Luther King, Jr., the civil rights leader.

One thing I learned from the new Luther documentary is that there really is a connection.  Rev. Michael King, Sr., was an African-American Baptist minister, whose son was named Michael King, Jr.   Rev. King, an early civil rights activist, attended a conference in Germany, where he became interested in Martin Luther.

Both Rev. Kings saw Luther as an example of someone who instigated great change by non-violent methods.

UPDATE:  But is the account of “Mike King” changing his name really true?  Carl Vehse, who has developed a specialty in exposing Luther myths, gives evidence to the contrary in the comments here.

Indeed, there would be violence associated with the Reformation, mainly persecution of Protestants, but Luther did not want his supporters to take up arms against the Pope or Emperor.  He urged the princes, rather, to give him up to be killed, if it came to that.

Luther did support the princes of both theologies in putting down the Peasant’s Rebellion, which manifested itself in many regions in bloody anarchy.  But that use of force was not in the service of Luther’s theology.

After Luther’s death, the Protestant princes did go to war with the Emperor, going down to defeat.  But despite the Emperor’s efforts to suppress Luther’s theology, the defeat did not stop the teachings of the Reformation.  A later war defeated the Emperor and made Lutheranism legal.  In the 17th century, all Hell broke loose with the Thirty Year’s War.

At any rate, Luther does show the power of a single individual with a particular idea, effectively communicated, to change people’s minds and to change their society.  Violence is not necessary and even gets in the way.

Then again, Luther’s “particular idea” was the Gospel of Christ crucified to forgive sinners.  The Holy Spirit was doing the work.  As Luther himself insisted (also in the movie), “I did nothing but sit around drinking good Wittenberg beer with my friends.  The Word of God did everything.”

But Martin Luther was indeed a good role model for Martin Luther King, Jr.  The principle of equality of all human beings before God, regardless of their position in the rigid social hierarchy of the day and regardless of whether they were clergy or laypeople, had a staggering effect on Western civilization.  So did Luther’s insistence that peasants and women should be given a good education.  So did the doctrine of vocation in bringing dignity to all human labor.  So did putting the highest authority, the Bible, in the hands of the people, enabling them to see the faults of their spiritual and political leaders.  These were side effects, though, of Luther’s theology.  And, ultimately, social reform can only go so far without spiritual change.

April 12, 2017
Why the Russians are backing Assad
Next Post

April 13, 2017 The other version of the new Luther movie
Recent Comments
0 | Leave a Comment
Browse Our Archives
Related posts from Cranach 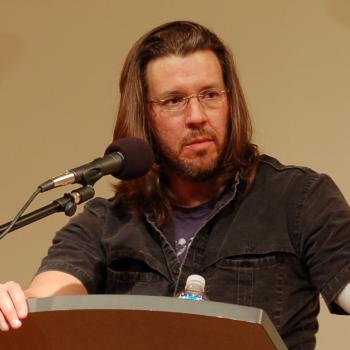