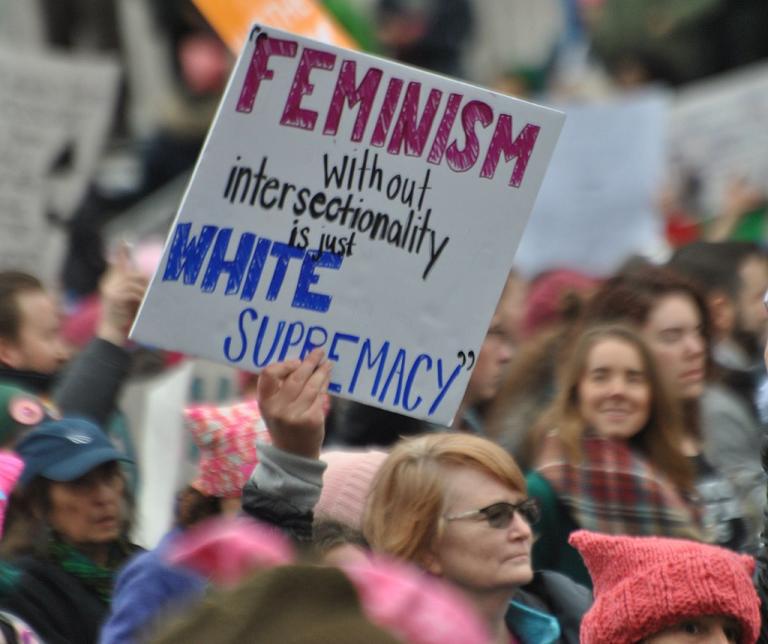 As a worldview, intersectionality understands all things in terms of identity politics.  Specifically, the patterns of oppression based on race, gender, sexual orientation, and gender identity.  (Also social class, physical disability, mental disability, etc.)  White male heterosexuals enjoy “privilege” over people of other races, women, gays, and the transgendered.  One person may possess some identities that bestow privilege, while possessing others that are oppressed.  Thus, someone might have the privilege of whiteness, heterosexuality, and “cis” gender (that is, accepting the gender assigned at birth), but also experience oppression for being a woman.  If she sees the oppression of someone in the other identity groups–for example, a black transgendered man–she must respond as an “ally.”

So far, this is nothing more than the Marxist concept of solidarity applied in a post-Marxist way, replacing class struggle based on economics with identity group struggle based on sex and race.  But several observers have noted how intersectionality has become a religion.

Original sin is “privilege.”  Conversion is becoming “woke.”  Confession of sin is “checking your privilege.”  But this is a religion of law.  There is no grace.  No forgiveness.  No salvation. Freedom is not allowed.  And unbelievers and heretics must be silenced (“no-platformed”) and punished.  Intersectionality is a religion of wrath and judgment.

Here are samples from two observers, the first a conservative and the second a gay Catholic, writing on the subject.  Read their entire essays.

While there’s not yet an Apostle’s Creed of intersectionality, it can roughly be defined as the belief that oppression operates in complicated, “interlocking” ways. . . .It’s identity politics on steroids, where virtually every issue in American life can and must be filtered through the prisms of race, gender, sexual orientation, and gender identity.

Intersectionality privileges experiential authority, with each distinct identity group able to speak conclusively and decisively only about their own experience. So when an issue impacts trans rights, the trans community takes the lead. The responsibility of the rest of the community is to act, then, as their “allies.” . . . . Contrary experiences, then, represent a threat that must be extinguished. Dissenting women (such as Christina Hoff Sommers) or dissenting people of color often find that they’re vilified, shamed, and “no-platformed.”

For the in group, it’s easy to see the appeal of the philosophy. There’s an animating purpose — fighting injustice, racism, and inequality. There’s the original sin of “privilege.” There’s a conversion experience — becoming “woke.” And much as the Christian church puts a premium on each person’s finding his or her precise role in the body of Christ, intersectionality can provide a person with a specific purpose and role based on individual identity and experience.

The faith is fierce. Intolerance in the name of tolerance is the norm. Debate and dialogue are artifacts of scorned “respectability politics.” I’m reminded of the worst sorts of fundamentalist Christian sects, the kind that claim to take the Bible literally yet live as if mercy is alien to Scripture and that commands to “love your enemies” or “bless those who persecute you” somehow fell off the page. In the church of intersectionality, grace is nowhere to be found.

[Intersectionality]  is operating, in Orwell’s words, as a “smelly little orthodoxy,” and it manifests itself, it seems to me, almost as a religion. It posits a classic orthodoxy through which all of human experience is explained — and through which all speech must be filtered. Its version of original sin is the power of some identity groups over others. To overcome this sin, you need first to confess, i.e., “check your privilege,” and subsequently live your life and order your thoughts in a way that keeps this sin at bay. The sin goes so deep into your psyche, especially if you are white or male or straight, that a profound conversion is required.

Like the Puritanism once familiar in New England, intersectionality controls language and the very terms of discourse. It enforces manners. It has an idea of virtue — and is obsessed with upholding it. The saints are the most oppressed who nonetheless resist. The sinners are categorized in various ascending categories of demographic damnation, like something out of Dante. The only thing this religion lacks, of course, is salvation. Life is simply an interlocking drama of oppression and power and resistance, ending only in death. It’s Marx without the final total liberation.

It operates as a religion in one other critical dimension: If you happen to see the world in a different way, if you’re a liberal or libertarian or even, gasp, a conservative, if you believe that a university is a place where any idea, however loathsome, can be debated and refuted, you are not just wrong, you are immoral. If you think that arguments and ideas can have a life independent of “white supremacy,” you are complicit in evil. And you are not just complicit, your heresy is a direct threat to others, and therefore needs to be extinguished. You can’t reason with heresy. You have to ban it. It will contaminate others’ souls, and wound them irreparably. 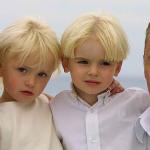 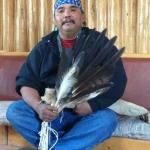 #50-2-Follow: 50 NT Scholars to Read and Follow—Darian...
This blog series spotlights 50 NT scholars and their research. The goal...
view all Evangelical blogs
What Are Your Thoughts?leave a comment
Copyright 2008-2020, Patheos. All rights reserved.