How a Genealogy Site Caught the Golden State Killer

How a Genealogy Site Caught the Golden State Killer May 8, 2018 Gene Veith

The Golden State Killer raped more than 50 women and murdered 12 of them.  This was in California back in the 1970s and 1980s.  After all this time, last month the serial killer was identified and arrested.  I hadn’t heard the full story of how this happened, but Stephen Prescott, president of the Oklahoma Medical Research Foundation, told the tale in the Daily Oklahoman. It’s an astonishing account of police work and forensic science, even as it raises some new questions about civil liberty.

“D.N.A. fingerprinting,” the ability to identify a person’s unique genetic make-up, was first utilized in law enforcement in 1986.  There was plenty of D.N.A. evidence in the Golden State Killer case, but, as police kept checking the growing D.N.A. databases over the decades, there was never a match.

Recently, D.N.A. sequencing has developed to the point that it has become available for genealogical research.  You can buy kits to explore your ancestry.  Simply swipe the inside of your mouth, send in the fabric, and after a few weeks you can get a report about your percentage of English, Irish, African, and even Neanderthal genes.

Forensic detectives went to an open source genealogy site and put in the Golden State Killer’s D.N.A. data.  This identified his widely-extended distant relatives.  Police then investigated who, among this family, lived in the Los Angeles area in the 1970s and 1980s.

They found someone who did:  Joseph James DeAngelo, a former police officer, now 72.

But this identification wasn’t enough.  A person’s D.N.A. is private and legally protected.  However, evidence that a suspect has “abandoned” is considered fair game for police and does not require a warrant.  An example of “abandoned” material is what you throw out in the garbage and wheel out to the curb for collection.

Yes, police have the right to go through your garbage.  And that is what they did.

A person leaves D.N.A. everywhere.  A can of soda that your lips touched when you drank out of it.  A napkin that you used to wipe your mouth.  A hair you swept up in a dustpan.  A used Kleenex.

Police processed this evidence and found an exact match between Mr. DeAngelo and the Golden State Killer.

He was arrested and arraigned on April 27.

Let us praise the brilliant detective work involved in capturing this monstrous criminal!  And the ingenious application of forensic science, which goes beyond anything I have seen on television shows like Bones!

Having said that, the case has outraged many civil liberty activists and genealogists.  Is exploring a person’s D.N.A. makeup without permission a violation of privacy at its deepest level?  Even if the use of D.N.A. information in this extreme case was justified, are there more safeguards that need to be put into place, given the ever-advancing state of the technology that is available? 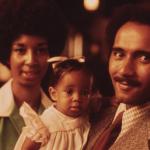 May 7, 2018
Another Look at How Fathers Influence Their Children's Churchgoing
Next Post 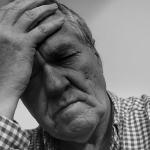 May 8, 2018 God and the Different Kinds of Despair
Recent Comments
0 | Leave a Comment
Browse Our Archives
get the latest from
Cranach
Sign up for our newsletter
POPULAR AT PATHEOS Evangelical
1

What Freddie de Boer’s “The Cult of Smart”...
For a large and growing swath of Americans, “meritocracy” is now a...
view all Evangelical blogs
What Are Your Thoughts?leave a comment
Copyright 2008-2020, Patheos. All rights reserved.