The “Incels” and the Right to Sex 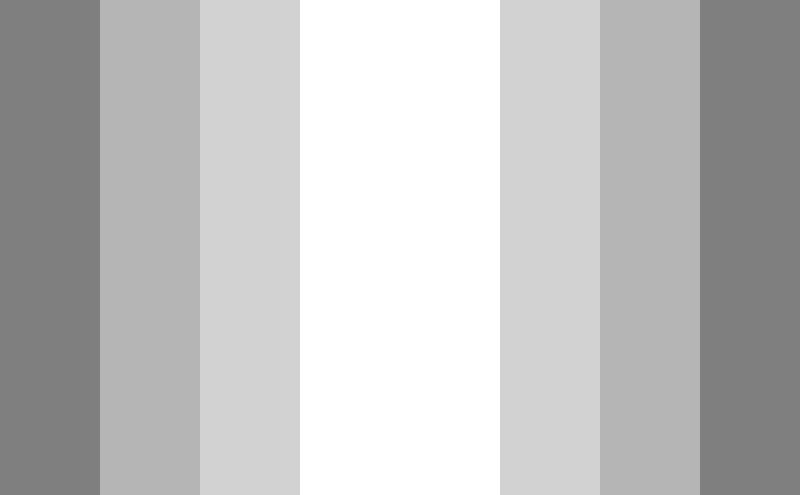 Last month a man in Toronto drove his car into a crowd of people, killing 10.  His self-described motive?  To strike out against women, none of whom will have sex with him.  His Facebook page proclaimed the advent of “the Incel Rebellion.” The term derives from “Involuntary Celibate.”  Another Incel terrorist struck in 2014, in a shooting in Santa Barbara that killed 6 and wounded 14.

It turns out, there is an “Incel Community”–consisting pretty much exclusively of men gathering on the internet–that has its own leftwing ideology modeled after that of other victimhood identity groups.  The Incels are woke, militant, and want in on intersectionality.

For whatever reason, they are sexually unattractive.  They blame “lookism,” a fixation on physical appearance.  Probably more to blame is something we might coin a word for:  “personalityism,” because–judging from their hateful, self-pitying rants–they have repellant personalities.  Nevertheless, they feel oppressed by the beautiful people whom they derisively call “Chads” and “Stacies.” After all, since sex is a human need, it should be a human right.  The Incels are deprived of sex by those who are sexually “privileged.”

Notice how this is in accord with today’s postmarxist identity politics.  In a New York Times column about the phenomenon entitled The Redistribution of Sex, Catholic journalist Ross Douthat quotes an economist who said, “one might plausibly argue that those with much less access to sex suffer to a similar degree as those with low income, and might similarly hope to gain from organizing around this identity, to lobby for redistribution along this axis and to at least implicitly threaten violence if their demands are not met.”

Douthat also quotes a leftist author who condemns the male misogynist Incels and insists that because the woman’s right to control her own body is absolute that “there is no right to sex.”  But she broadens the discussion and extends sympathy to, in the words of Douthat’s summary, “the overweight and disabled, minority groups treated as unattractive by the majority, trans women unable to find partners and other victims, in her narrative, of a society that still makes us prisoners of patriarchal and also racist-sexist-homophobic rules of sexual desire.”

While “no one has a right to be desired,” at the same time “who is desired and who isn’t is a political question,” which left-wing and feminist politics might help society answer differently someday. This wouldn’t instantiate a formal right to sex, exactly, but if the new order worked as its revolutionary architects intended, sex would be more justly distributed than it is today.

Though feminists and Incels hate each other, the Involuntary Celibates yearn to be included in the intersectionality of the oppressed.  Everybody feels sorry for gays, but the gays are having sex!  Why can’t we?  The disabled are included among the oppressed with whom we should ally, but we are disabled!  Being unattractive and having a repellant personality are disabilities!

One solution being put forward is legalized prostitution.  Or, in more politically correct language, the legalization of sex workers.  But that would probably have to be accompanied by strict non-discrimination statutes, adding to the litany of protected classes like race, creed, sex, gender, sexual preference, etc., the category “attractiveness.”

Another solution being offered is the technological perfection of sex robots.  As if the dehumanization of sex were not the underlying problem of not only the Incels but our entire sexually-obsessed culture.

As Douthat concludes, “There is an alternative, conservative response, of course — namely, that our widespread isolation and unhappiness and sterility might be dealt with by reviving or adapting older ideas about the virtues of monogamy and chastity and permanence and the special respect owed to the celibate.”

Illustration:  The Incel Flag.  “The white bar at the center represents functional members of society who are effective at courtship and dating. The various shades of grey denote a spectrum within inceldom with each outward vertical bar representing an escalating degree of the incel status. The darkest shades of grey represent the ultimate incels, truecels; the lightest shades represent the least incel incels, nearcels.”  By “Beyond MOGAI Pride Flags” Tumblr site came up with the abstract flag design (which is too simply geometric to be copyrightable).Conversion to vector SVG by AnonMoos – SVG conversion of flag design at https://beyond-mogai-pride-flags.tumblr.com/post/148910576285/incel-flag, Public Domain, https://commons.wikimedia.org/w/index.php?curid=64412432. 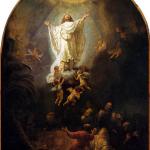 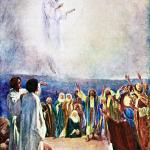 May 11, 2018 "Now He Is Very Near": Luther on the Ascension
Recent Comments
0 | Leave a Comment
Browse Our Archives
Follow Us!

LCMS and Catholics Would Defy Minnesota's Shutdown Rule
The two Minnesota districts of the Lutheran Church Missouri Synod, along with...
view all Evangelical blogs
What Are Your Thoughts?leave a comment
Copyright 2008-2020, Patheos. All rights reserved.