The Article That Exposes “Grievance Studies” 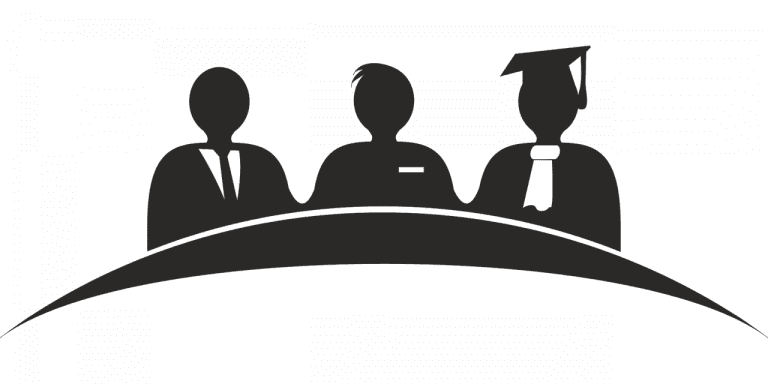 You may have read about the researchers who sent fake papers on topics such as “the rape culture at dog parks” to academic journals, which published many of them.  The purpose was to test the credulity and the scholarly rigor of the “critical constructivism” that prevails on universities today.  That is, the postmodernist conviction that there is no objective truth, just power relationships that oppress women, LGBTs, racial minorities, etc.  The researchers call the classes, majors, and scholarship in this vein “grievance studies” and demonstrate just how bogus it is.

I commend to you the article about their hoax papers that the researchers published telling about their prank and the conclusions they were able to draw from it.

They tell about the various studies that they made up.  For a link to each of the 20 papers and the journal reactions, including their peer review reports, go here.

As regards the “dog park” study, the title was “Human Reactions to Rape Culture and Queer Performativity in Urban Dog Parks in Portland, Oregon.”

Thesis: That dog parks are rape-condoning spaces and a place of rampant canine rape culture and systemic oppression against “the oppressed dog” through which human attitudes to both problems can be measured. This provides insight into training men out of the sexual violence and bigotry to which they are prone.

The method was supposedly to observe the behaviors of dogs in dog parks, documenting cases of “non-consensual” sex among the animals and noting “queer” behavior, as when dogs mount. . . well, you know.

Here is one of the peer review reports:

“This is a wonderful paper – incredibly innovative, rich in analysis, and extremely well-written and organized given the incredibly diverse literature sets and theoretical questions brought into conversation. The author’s development of the focus and contributions of the paper is particularly impressive. The fieldwork executed contributes immensely to the paper’s contribution as an innovative and valuable piece of scholarship that will engage readers from a broad cross-section of disciplines and theoretical formations. I believe this intellectually and empirically exciting paper must be published and congratulate the author on the research done and the writing.” -Reviewer 1, Gender, Place, and Culture

The article was published by the journal Gender, Place, and Culture, which gave it an award.

Other articles including taking a chapter from Hitler’s Mein Kampf and incorporating “grievance studies” jargon, including substituting “men” and “whiteness” where Hitler used “Jew.”  The article, “Our Struggle is My Struggle: Solidarity Feminism as an Intersectional Reply to Neoliberal and Choice Feminism,” was accepted by Affilia.

Another article, “The Progressive Stack: An Intersectional Feminist Approach to Pedagogy,” urged teachers to correct for white male privilege “by declining to hear their contributions, deriding their input, intentionally speaking over them, and making them sit on the floor in chains.”  This article was accepted by Hypatia.

Another article, “Stars, Planets, and Gender: A Framework for a Feminist Astronomy” argued that the science of astronomy has masculinist assumptions and that we need to construct a “feminist astronomy.”  Instead of telescopes, feminist astronomy would make use of “alternative knowledge,” such as horoscopes, goddess-worshipping pagan cosmology, and interpretive dance.  This article received a “revise and resubmit” from Women’s Studies International Forum.

Of the 20 joke articles submitted, 7 were published, 6 were rejected, and 7 were still in process (with two rating “revise and resubmit,” which usually leads to publication).  The research project was cut short when the “dog park” study attracted the attention of a shoddy-scholarship expose site and the media got ahold of the story.  The published articles have been removed from the journals’ websites, but, again, are available through the link.)

The perpetrators of this exposé, who insist on their own left-leaning liberal credentials, do an especially good job of explaining the “critical constructivist” ideology and why it is so very wrong, including its corrupting effect in contemporary academia.

From Helen Pluckrose, James A. Lindsay, and Peter Boghossian, Academic Grievance Studies and the Corruption of Scholarship

The problem is epistemological, political, ideological, and ethical and it is profoundly corrupting scholarship in the social sciences and humanities. The center of the problem is formally termed “critical constructivism,” and its most egregious scholars are sometimes referred to as “radical constructivists.” . . .

This problem is most easily summarized as an overarching (almost or fully sacralized) belief that many common features of experience and society are socially constructed. These constructions are seen as being nearly entirely dependent upon power dynamics between groups of people, often dictated by sex, race, or sexual or gender identification. All kinds of things accepted as having a basis in reality due to evidence are instead believed to have been created by the intentional and unintentional machinations of powerful groups in order to maintain power over marginalized ones. This worldview produces a moral imperative to dismantle these constructions. . . .

As a result, radical constructivists tend to believe science and reason must be dismantled to let “other ways of knowing” have equal validation as knowledge-producing enterprises. These, depending on the branch of “theory” being invoked, are allegedly owned by women and racial, cultural, religious, and sexual minorities. Not only that, they are deemed inaccessible to more privileged castes of people, like white heterosexual men. They justify this regressive thinking by appealing to their alternative epistemology, called “standpoint theory.” This results in an epistemological and moral relativism which, for political reasons, promotes ways of knowing that are antithetical to science and ethics which are antithetical to universal liberalism. . . .

Any scholarship that proceeds from radically skeptical assumptions about objective truth by definition does not and cannot find objective truth. Instead it promotes prejudices and opinions and calls them “truths.” For radical constructivists, these opinions are specifically rooted a political agenda of “Social Justice” (which we have intentionally made into a proper noun to distinguish it from the type of real social progress falling under the same name). Because of critical constructivism, which sees knowledge as a product of unjust power balances, and because of this brand of radical skepticism, which rejects objective truth, these scholars are like snake-oil salespeople who diagnose our society as being riddled with a disease only they can cure. That disease, as they see it, is endemic to any society that forwards the agency of the individual and the existence of objective (or scientifically knowable) truths.

This is not just a matter of ivy tower silliness.  This same worldview is bleeding over into politics, the media, and popular culture.  If you followed the Kavanaugh debate, notice how many times the phrase “male white privilege” was used to demonize the judge. 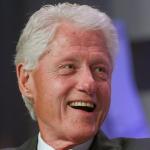 October 8, 2018
Does the Left Really "Believe All Women"?
Next Post 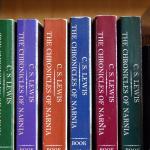 The Republicans' Three-Legged Stool is Coming...
Cranach
Books by This Author Books by Gene Veith