The Most Sinful States in America?

The Most Sinful States in America? March 1, 2019 Gene Veith

Researchers have attempted to quantify the sinfulness of the various states in the union.  Yes, this is absurd, as if one could measure the depravity of the human heart.  But the methodology, the findings, and the rankings are interesting nonetheless.

The researchers measured “Anger & Hatred” by looking at the violent crime rate, bullying statistics, child abuse cases, and “Share of Internet Comments that are Hostile” (!), among other factors.

“Jealousy” was measured by the number of thefts per capita, the frequency of identity theft, and incidents of fraud.

“Excesses & Vices” looked at the obesity rate, number of smokers, amount of alcohol drinking, amount of drug abuse, and even the amount of coffee drinking!  (How is that a vice?  Do I detect a Mormon influence?)

“Greed“:  number of casinos per capita; share of gambling disorders; number of people convicted of embezzlement; rate of charitable giving.

“Lust“:  use of online pornography; teen birth rate; number of arrests for prostitution.

Here is the ranking, from Wallethub [go to the link to see how each state scored on each of the “sins”]:

Numbers 1-3, no surprises.  But who knew that the great state of Texas was so wicked?

What does it mean that so many “Bible belt” states rank so high on the iniquity scale?  It shouldn’t be too surprising to find much Christianity where there is much sin.  After all, as Jesus said, “Those who are well have no need of a physician, but those who are sick. I came not to call the righteous, but sinners” (Mark 2:17).

I would say that we should NOT draw too many theological conclusions from this research.  If we did, the predominantly secularist New Englanders–though perhaps upholding the moralism of their Puritan ancestors while trying to do without their faith–would appear to be the most righteous of all.

The point, though, is that this study is primarily about culture, economics, class, homogeneity, and regional histories.  It deals with external crimes and vices.  But it doesn’t get at what the Bible means by sin:  the condition of the human heart.  Our internal sinfulness can manifest itself in these external sins.  But it need not.

Thus, even upright, law-abiding, skinny citizens from Vermont who do not use personal care products are still sinners.

Illustration from WalletHub, who invited websites to embed the graphic, which shows the degree of “sin” by the darkness of the color. 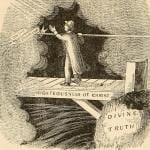 February 28, 2019
"Two Kinds of Righteousness" and Vocation
Next Post 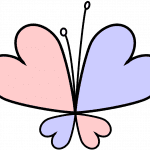 March 4, 2019 Acceptance for Pedophiles
Recent Comments
0 | Leave a Comment
Browse Our Archives
get the latest from
Cranach
Sign up for our newsletter
POPULAR AT PATHEOS Evangelical
1