Amid the Cold of Winter 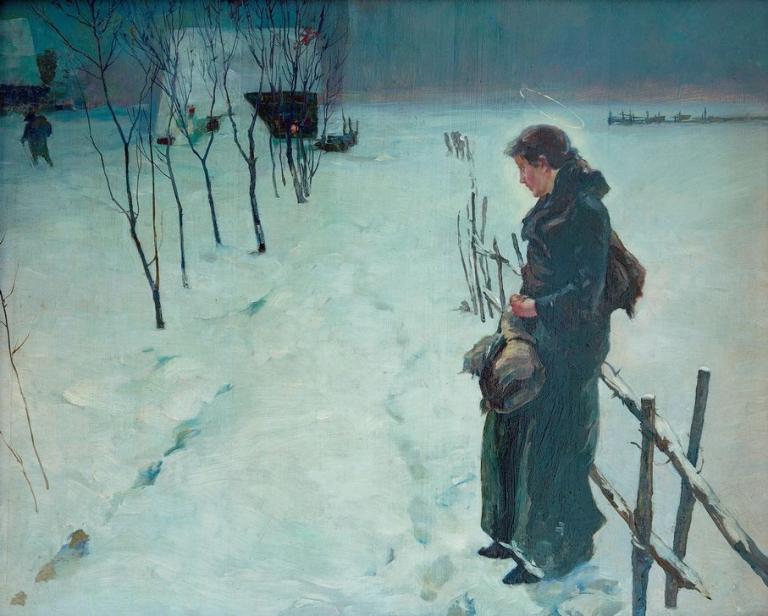 No, Christmas did not have its origins in a pagan holiday.  Scholars now know (see this and this) that the Feast of Sol Invictus, Juvenalia, and similar celebrations were, if anything, influenced by Christmas, rather than the other way around.  But lots of religions and cultures do have winter festivals of one kind or another.  What is striking, though, is how different Christmas is from what we might expect.

Winter is cold.  Winter is lifeless, as the birds have migrated, many of the animals are hibernating, and the plant life to all appearances is dead.  Winter is a time of starvation.  Livestock would be slaughtered at the beginning of winter and the fermentation of alcohol would be completed, so there would be feasting for a while, but only as a prelude to the so-called famine time. Winter is dark, with the nights being longer than the days.  This is especially true in northern latitudes, some of which have nights that last close to the entire 24 hours.  The Winter Solstice, which is just a few days before Christmas and which has its own religious observances, is the longest night of the year.

You had to keep the Yule log burning, or you would freeze in the dark. The religious observances in winter and the Winter Solstice were desperate pleas for the light to come back, with sacrifices to fend off the spirits of darkness and to implore the sun to return.

Winter was a grim time for most of the world throughout human history.  And yet, for Christians, their winter festival, in the words of the song, is “the most wonderful time of the year.”  It’s all joy, good cheer, and merry-making.  To be sure, Christians also suffered–and many still suffer–in the cold of winter.  The old Christmas observances included–and still include– beneficence to the suffering, as seen in the carol “Good King Wenceslas,” Dickens’ “A Christmas Carol,” and today’s Salvation Army kettles.  Somehow, Christmas makes us able to sentimentalize winter weather, so that snow, ice, and the cold are no longer mortal threats but constitute a “winter wonderland”!

Conversely, in the Spring, which one would think would be a season for happiness and abundance, is the saddest and most somber observance in the Christian calendar.  “Lent,” a word that just means “Spring,” is a time to contemplate one’s own sins and the suffering and death of Christ, who paid their penalty.  But in other religions and cultures, Spring is a time of fertility and revelry.  Once again, Christianity seems out of step with “natural” religion.

But Lent culminates in Easter, and Christ’s resurrection from the dead is symbolized by the new life that is springing back to life out of the dead ground.  And immediately after the Winter Solstice (December 21) is when Christmas is celebrated, the days start to get longer, whereupon the light begins to conquer the darkness.  So the Christian holy-days are in line with the symbolism of the seasons after all, sort of.

Still, the Christian holidays are surprising.  At the point of our greatest darkness, coldness, and death, that is when Jesus comes.  This is the message of Christmas, the theology of the cross, and the proclamation of the Gospel to those stricken by the Law.

In the beginning was the Word, and the Word was with God, and the Word was God. 2 He was in the beginning with God. 3 All things were made through him, and without him was not any thing made that was made. 4 In him was life, and the life was the light of men. 5 The light shines in the darkness, and the darkness has not overcome it. . . .9 The true light, which gives light to everyone, was coming into the world. . . . 14 And the Word became flesh and dwelt among us, and we have seen his glory, glory as of the only Son  from the Father, full of grace and truth.  (John 1)

“The light shines in the darkness, and the darkness has not overcome it” (John 1:5).  Of course we are going to celebrate Christmas in the teeth of winter.  Of course we will do so with lights–candles, Yule logs, brightly-colored electric lights–gifts, emblems of God’s grace, and plants that are alive in winter.

The old Christmas carol “Lo, how a Rose E’er Blooming” gives us a rose from the stem of Jesse (Isaiah 11:1)–that is, the Son of David, Jesus–that blooms not in the Spring, as other flowers do, but in the depths of winter:

Lo, how a Rose e’er blooming
From tender stem hath sprung!
Of Jesse’s lineage coming
As men of old have sung.
It came, a flower bright,
Amid the cold of winter
When half-gone was the night.

The rose in the snow, like the fir tree in “O, Tannenbaum“–and thus our Christmas trees–depicts life in a season of death.  This is Jesus and the gift that He brings.

*For more works by the 19th century Lutheran artist Fritz von Uhde and discussions of how he expresses his theology in his art, see this, this, and this. 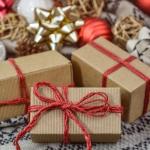 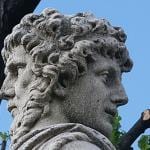