On Disbanding the Police 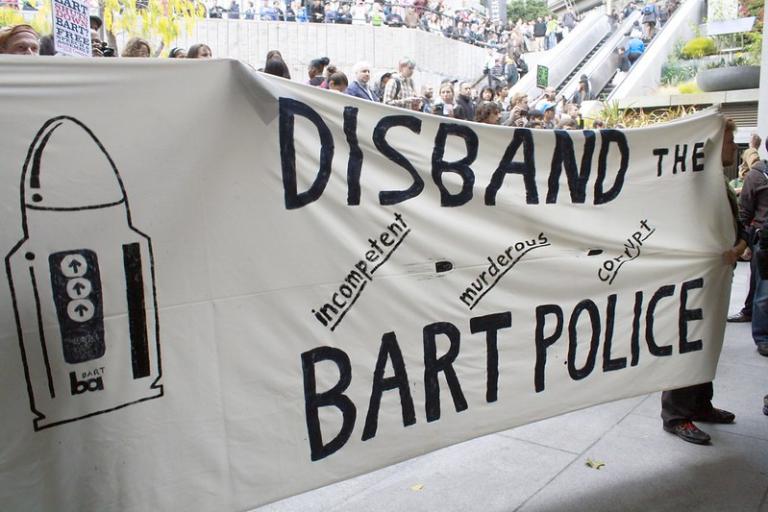 The revulsion against police brutality against black people–sparked by the killing of George Floyd–has inspired calls to defund and even to disband the police.  That can have a whole spectrum of meanings and possible consequences.

The City Council of Minneapolis, where George Floyd was killed by a police officer, has voted unanimously to disband its police force.  Exactly what that will entail has not yet been made clear.

Some cities have disbanded their police force in the sense of firing everybody and replacing them with other officers.  That is not disbanding the police, as such.

Some municipalities have dissolved their city police forces out of financial considerations, leaving the county sheriff’s office to take over law-enforcement responsibilities.  That isn’t disbanding the police either.

But some people are advocating the actual elimination of the police.  In a report on the subject, journalist Scottie Andrew cites the desire for reform that “ends the culture of punishment in the criminal justice system.”  He tells about the work of one such organization:

MPD150, a community advocacy organization in Minneapolis, focuses on abolishing local police. Its work has been spotlighted since the death of George Floyd in Minneapolis Police custody.

“The people who respond to crises in our community should be the people who are best-equipped to deal with those crises,” the organization says.

Rather than “strangers armed with guns,” the organization says, first responders should be mental health providers, social workers, victim advocates and other community members in less visible roles.

It argues law and order isn’t abetted by law enforcement, but through education, jobs and mental health services that low-income communities are often denied. MPD150 and other police abolition organizations want wider access to all three.

This seems to be what the Minneapolis City Council has in mind.  Andrew quotes a member of that council:

City council member Steve Fletcher, in a Twitter thread, said council members are discussing “what it would take to disband the Minneapolis Police Department and start fresh with a community-oriented, non-violent public safety and outreach capacity.”

“We can totally reimagine what public safety means, what skills we’re recruiting for, what tools we do and don’t need,” he wrote. “We can invest in cultural competency and mental health training, de-escalation and conflict resolution.”

We blogged about the police vocation and the difference between police officers who fulfill their calling to love and serve their  neighbors by enforcing the law, and those who violate their callings by harming and mistreating their neighbors, as opposed to upholding the police motto “to serve and protect.”

But these proposals come out of a completely different worldview.   Are human beings moral agents responsible for their actions, so that committing a crime is a moral offense that society needs to be protected from?  Or are human beings not responsible at all for what they do, so that those who commit crimes are themselves victims of the society?

In the traditional mind-set, attention would focus on individual police officers, with the view of identifying and punishing the “bad cops,” while still respecting the vast majority of “good cops.”  But the collectivist mind-set that sees bad behavior as “systemic” blames all police officers as a collective group.

Thus, activists speak of “the myth of the good cop.”  As one explained, “The phrase ‘good cop’ is an oxymoron. There is no morality in choosing to work in the field of state-sponsored violence.”  The pop culture has long portrayed police officers as heroes, but is now pulling back from that, with TV networks cancelling long-running programming.  (No, Paw Patrol has not really been cancelled, but the cartoon that includes a dog in a police uniform did come in for criticism for promoting “the good-cop archetype.”  In the words of the New York Times, “‘Paw Patrol’ seems harmless enough, and that’s the point: The movement rests on understanding that cops do plenty of harm.”)

So while the anti-police activists call on eliminating “the culture of punishment,” that only applies to individuals.  The police as a whole should be punished.  This is the logic behind the “defund the police” movement.  Already, sixteen of the nation’s largest cities, including Los Angeles and New York, are responding to the protests by slashing police department budgets.  Thus, police who never committed misconduct are being punished for the crimes of a few, even though the funding cuts mean less money for training, supervision, and more minority hires.

The big question is how these proposed alternatives would deal with violent criminals.  If an active shooter starts killing school children, a 911 call will bring a social worker?  Would that save lives or cost lives?  Would a mental health counselor be able to stop a terrorist?

Most proposals to eliminate the police would make use of community members to protect each other.  So untrained members of the public would face down threats to the community?  We are talking about vigilantes?  Such as those responsible for lynchings?

Most progressives don’t like the Second Amendment or the idea of a citizenry armed for self-defense.  But that would be the first and totally justifiable result of eliminating the police force, on a scale that rivals the “Wild West.”

Eliminating law enforcement officers would result in a reversion to privatized justice, from the reimposition of revenge codes to private security armies.  Criminal gangs already enforce revenge codes with their drive-by shootings, and they would certainly rush into the void left by the police to enforce rough justice and impose their own brand of social order.

Wealthy individuals and organized groups would pay for their own security details.  We can see what that looks like in Mexico, for instance, where drug dealer armies battle private armies, with innocent men, women, and children caught in the cross-fire.

The police profession may need to be reformed and even be policed.  (Don’t activists want the perpetrators of the George Floyd and similar homicides punished?  Or do they too just need to see a mental health counselor or social worker?)  But that does not mean condemning all police officers and denying the existence of any good police officers.

One of the worst effects of the current anti-police backlash is that it is demonizing men and women who really do, routinely, risk their lives to protect the public.  Police officers across the country, stung by the new lack of respect and their portrayal as villains no matter what they do, are resigning.  Calls for police reform include hiring more minority officers, but how can that happen in a climate that condemns black police officers as “class traitors”? 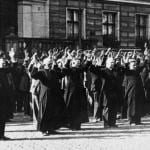 June 16, 2020
The Liberal Theology of the Nazi Church
Next Post 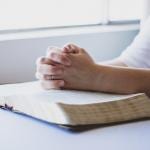