The Presidential Election in Our Horrible Year

The Presidential Election in Our Horrible Year June 9, 2020 Gene Veith

It may have escaped your notice–what with the epidemic, police brutality, and riots–but states have been having their presidential primaries and, as of June 5, Joe Biden has clinched the Democratic nomination.  Donald Trump clinched the GOP nomination on March 17, about the time of the COVID-19 shutdown.

So now, in the midst of our nation’s troubles, we have a presidential contest.  I have heard confident predictions of a Democratic landslide and a Republican landslide.  No one really knows what will happen when the nation votes in November.

Right now, Biden is the front-runner.  Recent polls show him beating Trump by 7-11 percentage points.  (The latest poll I’ve seen has Biden ahead by 14%!)  President Trump is in trouble in must-win states that he took in 2016: Michigan, Pennsylvania, Wisconsin, Florida, North Carolina, Georgia, Arizona.  He trails Biden in what was thought to be rock-solid Republican Ohio.  Even Texas, thought to be assured Trump country, is in play for Biden, with the two candidates running neck-and-neck.

The general public does not like Trump’s leadership during the pandemic, with 53% disapproving of how he handled things and only 41% approving.  Nor does the public appreciate his handling of the police killing of George Floyd and the consequent protests.  A whopping two-thirds of the country, 67%, believe President Trump has increased America’s racial tensions.

Even some of President Trump’s key supporters are abandoning him.  Support among evangelicals has dropped from 80% to 62%.  Senior citizens were once reliable Trump supporters, but today Biden leads Trump by 10% among voters over 65.  Trump has reportedly alienated the military–especially the Pentagon with his calls to use troops to put down the “insurrection” of the Black Lives Matter protests that get violent–and leading figures in the Republican establishment–including former president George W. Bush and former presidential nominee Mitt Romney–are refusing to support him.  [UPDATE:  Bush denies that New York Times story, saying that he is staying out of politics and made no such statement that he is refusing to support Trump.  HT:  Richard Lee, in the comments.]

President Trump is even losing the “hater” vote.  Last time, in 2016, the large number of voters who couldn’t stand either him or Hillary Clinton, picked him as the lesser of two evils, by 17%.  Now, those who don’t like either Trump or Biden are breaking for Biden, by 40%.

President Trump has to overcome the Ronald Reagan criterion (“Are you better off than you were four years ago?”) and the Bill Clinton criterion (“It’s the economy, stupid!”).  He seems to be trying for the Nixon criterion by appealing to a “silent majority.”

President Trump’s approval rating is 38%, but that reflects a loyal base.  Trump keeps appealing to his base, but it’s not large enough to re-elect him.

So can Trump win re-election?  Yes.

He was the strong favorite when the economy was booming, and a quick economic turn-around after the coronavirus shutdown could put him back in favor.

Strangely, Trump gets neither credit nor blame for shutting down the economy as a response to the COVID-19 epidemic.  Those who think that tactic was a good thing criticize the president for not doing it sooner.  And those who are chafing at the restrictions are not blaming the president for imposing them.  Under the medieval monarchies, no one ever blamed the King–it was always his corrupt advisors who were at fault–and so it has been with shutdown protesters.  But Trump at least is eager to open the country back up, unlike many of his Democratic rivals.

The election won’t really seize the public’s attention until the party conventions.  Biden is planning a Zoom-style, socially-distanced convention with everyone wearing masks.  Trump is insisting on a traditional packed convention, with in-person stem-winder speeches (that will probably spread lots of particles in the air) and sign-carrying demonstrations in the aisles (with surfaces probably not adequately disinfected).

If the coronavirus comes back in another wave, around that time, with lots of people dying, the Republicans will look really irresponsible.  But if the epidemic has largely died out, the Democrats will come across as nanny-state scolds.  By then, voters will be really, really tired of the restrictions.  Trump is brilliant with nicknames, and if voters think of the Democrats as “the party of perpetual shutdown,” they will vote Republican.

Another thing Trump has going for him is that Biden makes lots of mistakes.  Also, Biden has lurched to the left to unify his party, and the prospect of even greater deficits from the Green New Deal, Medicare for All, and free college and the prospect of even bigger government with the woke cultural elite in charge and utopian schemes like eliminating the police will likely panic lots of voters.

What is your prognosis?  (Notice, we are speaking here not of who should be elected, but of who will be elected.  That is not at all the same thing.) 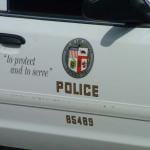 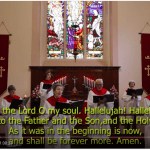