Why the Murder Rate Is Soaring

Why the Murder Rate Is Soaring August 7, 2020 Gene Veith 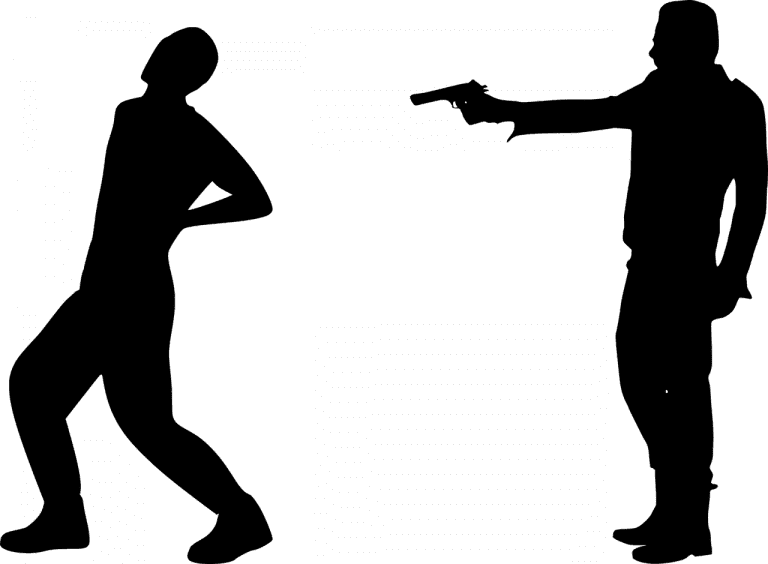 The murder rate is up 24% so far this year, with 3,612 killings.  And yet, the rate for other serious crimes is down.

So reports a Wall Street Journal study, reported by Jon Hilsenrath in his article Homicide Spike Hits Most Large Cities (subscription required).  The increased number of homicides is even greater in particular cities.  Murders in Austin are up 64.29% over last year.  Chicago has an increase of 52.46%.  Over all, 36 of the nation’s 50 biggest cities are dealing with increases in the double digits.

What is going on?

The short answer is that the anti-police movement has emboldened criminal gangs, which now feel free to pursue their vendettas against their rivals and anyone who gets in their way.  We’ll discuss that, but the long answer, which also accounts for the drop in other kinds of crime, is also enlightening.

According to Hilsenrath, “One explanation for the divergence between homicide and other crime might reside in what is known as ‘routine activity theory,’ which holds that crime is a function of three factors: The supply of offenders, the supply of victims and the intervention between the two by society’s guardians—including police, schools and churches.”

The supply of victims is down when it comes to robberies.  The COVID-19 shutdown has kept more people at home, which has reduced the number of burglaries, since burglars prefer to break into homes when the residents are gone.  Fewer people are out on the street, which means fewer muggings.  Many businesses are closed, which means fewer armed robberies.
The supply of potential offenders is up.  With the businesses closing due to the shutdown, unemployment is rampant.  Schools have been closed, so that juveniles have more time for themselves with nothing constructive to do, creating temptations and greater gang involvement.
I was most struck by the importance of “society’s guardians.”  Schools not only keep young people off the streets, but, when functioning properly (which, yes, they often haven’t been), they socialize them into co-operative behavior and channel their energy into more productive pursuits–athletics, career preparation, intellectual growth).  Schools also play a moral role, cultivating discipline and self-discipline, providing a space for personal interactions with others, and teaching moral values.  (I know, schools are not always doing this anymore.)  But with schools shut down, these potential good influences are not happening.
The criminologists are also recognizing the importance of church.  Even gang members tend to go to church with their families.  And churches and religious beliefs can have a huge influence, not only in forming morality but in converting sinners.  Again, with the COVID-19 shutdown, churches have been closed.  Not only the potential good influences but the restraining effects of a church community, which provides good “peer pressure,” are not happening.
And, of course, the police play an important role, not just in punishing crime but in deterring crime.  Today the police are defunded, demonized, and demoralized.  The George Floyd protests against police brutality have brought attention to the need for reforms, but the demands to defund and even disband the police are undermining the very legitimacy of law enforcement.  When critics attack what they call “the myth of the good cop,” they are denying the possibility of reform, insisting that there are no “good cops,” that they are all bad.
In this climate, no wonder that officers are quitting.  Why should they put their lives on the line to defend a public that despises them?  It would be completely understandable if cops pulled back and, out of fear of making more headlines and going to jail themselves, refused to come down as hard against crime as they used to.  But I don’t think that is happening with most cops, who continue to do their duty despite it all, though their low morale makes it harder to do so.
Meanwhile, gang members no longer fear the police as they used to.  They assume that officers will be hesitant to use deadly force against them.  And because the police are now considered “the bad guys,” the criminals can justify their own lawlessness.
Most of the increase in homicides, according to Hilsenrath, is due to gang activity.  Which is not surprising.  (See my post “Disbanding the Police.”)  But innocent people–including children–are getting caught in the crossfire.  Indeed, the victims of the increased number of homicides–the people getting killed–are overwhelmingly racial minorities.
A recent Gallup poll found that 61% of Black Americans want the police to maintain their current presence in their neighborhoods and 20% want the police to increase their presence.  So a total of 81% want the police to be there to protect them.
The poll did uncover problems.  Only 18% of Black Americans said that in their dealings with police they would be “very confident” that they would be treated with “courtesy and respect,” with 43% being “somewhat confident,” 27% “not too confident,” and 12% “not at all confident.”  So 61% expected to be treated well, with 39% expecting trouble.  Nevertheless, according to another Gallup poll, only 22% want to disband the police.

“The victims of these crimes are almost never the vocal elites, safe in their well-protected homes and offices,”observes Gerard Baker. “They are the poorest and least secure of our neighbors.”

Black Lives Matter.  Crime takes far more Black lives than the police do.  So while the police need to do a better job of conveying courtesy and respect for the people they are sworn to protect, their role as “society’s guardians” needs to be built up and supported.

August 10, 2020 Why Aren't the Other Slavers Getting Cancelled?
Recent Comments
0 | Leave a Comment
"I go back to my partial solution: Limit terms on the Supreme Court to 10-12 ..."
Herald Newman The Supreme Court Vacancy & the ..."
"Assumed by the writers."
SKJAM! Count von Zinzendorf Did Not Lead ..."
"That move in regard to transgender girls in public schools is actually a pro-feminist move."
NorrinRadd Becoming a Christian Dissident against Soft ..."
"It's highly questionable to compare modern America to the state of the Church in the ..."
NorrinRadd Becoming a Christian Dissident against Soft ..."
Browse Our Archives
get the latest from
Cranach
Sign up for our newsletter
POPULAR AT PATHEOS Evangelical
1