Abortion and the Will to Power

Abortion and the Will to Power December 3, 2020 Gene Veith 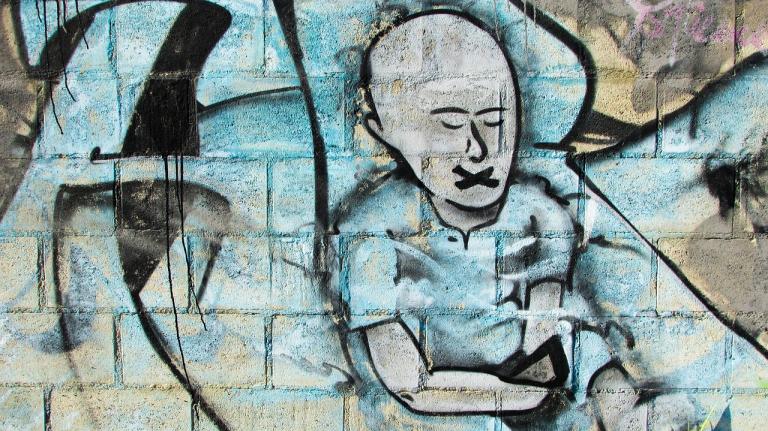 Critical theorists see power and oppression everywhere.  Why don’t they see it in abortion?

My friend and former colleague Mark Mitchell has written a devastating piece for First Things entitled Perverse Freedom. Read it all, but here is an excerpt (my bolds):

The primary value behind the label “pro-choice” is the ability to will. My desires must be gratified, even at the expense of another. Friedrich Nietzsche, that prophet par excellence of our age, insisted that all of life is reducible to the will to power. This assertion that individual will is primary means considerations of justice or goodness or rightness must either fall away or be subsumed under “choice.” The absolute rightness of choice is thus elevated as the single and unimpeachable principle; if the essence of a human being is nothing other than the capacity to choose, this elevation is entirely reasonable. What is forgotten in the euphoria of choice is a helpless human being. Abortion advocates must either deny the humanity of the unborn (a position that is increasingly difficult to maintain) or bite the Nietzschean bullet and acknowledge that abortion is at its core the exercise of power—the strong eliminating those who impede their freedom.

If there are no such things as human rights, if the intrinsic dignity of each human person is a mirage, as Nietzsche insisted, then a moral prohibition forbidding the use of force or violence to attain my desires is an arbitrary limit on my freedom. If all of life is characterized by the will to power, which is the will to assert my free choice, then any reticence on my part is a sign of weakness. As Nietzsche put it, “A man loses power when he pities.” To be sure, pity is not a sentiment expressed by the most vocal champions of abortion.

The logic, however, goes deeper. Nietzsche argued that the human species “endures only through human sacrifice,” for human sacrifice is the logical entailment of the powerful asserting their wills without constraint. The object of sacrifice will invariably be the weak. There will be blood, for there must be blood. Power without limit leads to the death of innocents. Abortion is a practical manifestation of the principle.

Thus, by the very canons of the Critical Theory that the post-Marxist Left lives by, abortion is an act of oppression.  One privileged class (women) imposes its power on a marginalized class (children in the womb).

Postmodernist thinkers quote Nietzsche all the time, and his thought is indeed central to the postmodernist, post-Marxist worldview.  His rejection of objectivity, his notion that “God is dead,” his critique of traditional morality, and his insistence that truth is a construction, are fundamental to postmodernism.  Central to all of those ideas is his notion that all of life can be understood in terms of the “will to power”:  individuals strive for wealth, status, and whatever else motivates them so that they can exercise power over others.  Today’s critical theorists apply that more broadly, to society as a whole and to the groups that comprise it.  In their view, institutions, laws, ethics, religion, politics, ideas, and knowledge are “masks” for the will to power.

Nietzsche embraced that, contending that people should seek power for themselves at the expense of others, insisting on the Drawinian notion that the strong should prey on the weak.  He praised violence, cruelty, and slavery.  He condemned compassion.  He despised Christianity, which in its earliest days in ancient Rome held great appealed to women and slaves, for teaching love and for promoting the “revolt of the slaves,” making the strong feel guilty for their superiority over the weak.

And yet, in the postmodernists’ appropriation of Nietzsche, his view that power accounts for everything is being used as a way to critique the way “privileged” groups (white people, men, the rich, the heterosexual, etc.) exercise power to oppress the non-privileged (black people, women, the poor, the LGBT, etc.).

Combining the Nietzschean view of power with progressive moralism is incoherent.  But it lies at the heart of the “critical theory” that dominates academia and the contemporary Left.  Dr. Mitchell has written about this contradictory alliance between Nietzsche and a new Secularist Puritanism in his book Power and Purity: The Unholy Marriage that Spawned America’s Social Justice Warriors.  (See my blog post about that book.)

The critical theorists who reduce everything to power and oppression are wrong about the world.  But we can expect that philosophy to describe those who believe in it.

By explicitly framing their arguments in terms of Nietzsche’s exaltation of the will, “pro-choicers” let their mask slip.

December 4, 2020 Advent Teaches Us to Wait
Recent Comments
0 | Leave a Comment
"Bahahahaha!"
Chris Brooks Mollie Hemingway’s Call for Counter-Revolution
"Here's a long article about Zulu literature: [ https://www.thefreelibrary.... ]"
Tom Hering Black Americans Discover Classical Education (part ..."
"Disagreeing with your interpretation is not lying. Maybe you should try a little of your ..."
Rev_Aggie_98 Black Americans Discover Classical Education (part ..."
"That may be the law, but what does Jesus say? And the rest of the ..."
Mo Fin Mollie Hemingway’s Call for Counter-Revolution
Browse Our Archives
get the latest updates from
Cranach
and the Patheos
Evangelical
Channel
POPULAR AT PATHEOS Evangelical
1