What to Do About the Backlash Against Evangelicals

What to Do About the Backlash Against Evangelicals March 4, 2021 Gene Veith 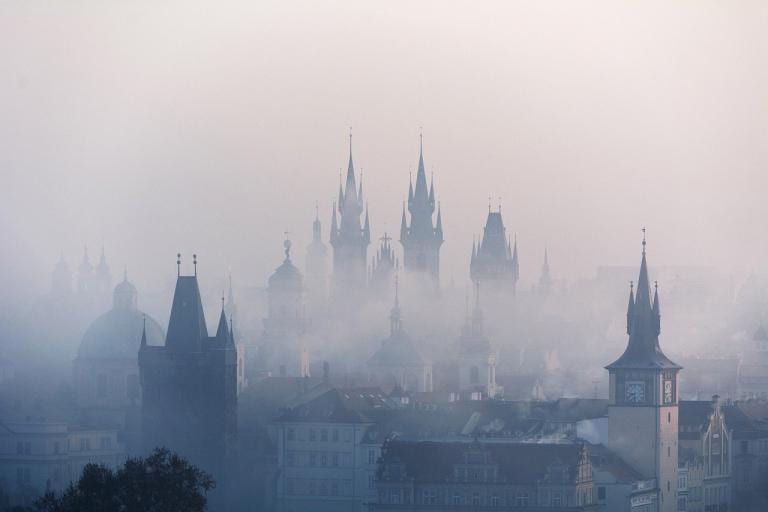 So what can be done about the anti-Evangelical backlash that we have been discussing this week?

First of all, we should remember that the Church is always in need of Reformation.  Our Reformed friends have a slogan to that effect, Ecclesia semper reformanda est, and in this they are not wrong.  Certainly our historical moment, like the Middle Ages, is in need of a Reformation, not unlike the previous one.

The worldliness, doctrinal confusion, moral failures, and superficiality of so much of American Christianity call for a rediscovery of the Gospel, not just as a formula in time of conversion, but as a lifelong, fruit-bearing faith in Christ and His Cross, nourished by continual repentance and forgiveness.

Because so much of the current revulsion against Evangelicalism and conservative Protestantism more generally comes from politics, it will probably be good for us to be out of power and out of influence for awhile.  Not good for the causes we hold dear, especially not good for unborn children and other “life not worthy of life,” as the eugenicists used to call it.  We will still have to do everything we can to support the cause of life, even though political power will elude us.  But our political exile may help us to rethink our approach and our political theology, which might make us more effective in the right way should we ever gain political influence again.

Those measures are obvious, as is the realization from John 15 that the world will always hate us because the world hated Jesus whom we follow.  We need to adjust our expectations and stop wanting to be liked so much.  We should not be the pathetic cultural conformists that we have often become, hoping to win the culture by trying to be like the culture, a tactic that seldom works and that can lead us astray.

Here is another idea, a modest proposal, drawn from my experience with my own theological tradition, confessional Lutheranism. . . .

We Lutherans were the first evangelicals; that is, the first to be called “evangelical.”  The word comes from the Greek word for “good news,” which in Old English comes out as “Gospel.”  During the Reformation, those who believed in the Augsburg Confession–a.k.a. “Lutherans”–were known as “evangelicals,” since the Gospel that Jesus Christ died for sinners is the cornerstone of their entire theology.  Later, followers of Calvin, Zwingli, and others who believed “Luther didn’t go far enough,” became known as the “Reformed.”  So the old writings speak of the two strains of the Reformation:  “Evangelicals” (the Lutherans) and the “Reformed” (basically, non-sacramental Protestants).  In time, the word “evangelical” in English would be applied to Wesleyans, low church Anglicans, non-separatist Fundamentalists, and other Protestants with a high view of Scripture and the Gospel.

So we confessional Lutherans are very much “evangelicals,” both in the original sense and in the wider sense of adhering to the Gospel and the Word of God.  But we are quite different from the more generic evangelicalism of contemporary American Christianity.  We are sacramental, for one thing, believing in baptismal regeneration, the real presence of Christ in the bread and wine of Holy Communion which we receive for the forgiveness of our sins, confession and absolution, and the Word of God not as a rule book but as a direct encounter with the Holy Spirit.  We worship liturgically, using the ancient forms of the historical church through the ages.  Whereas many evangelicals have only a general theological framework, with broad latitude for individual beliefs, our theology is thoroughly “worked out,” so that we have addressed issues that other traditions have not.  For example, our Two Kingdoms theology prevents the Church from confusing its message with any political program.  Individual Christians may still be politically active, due to their vocation (another Lutheran theological concept) as citizens, but their faith has to do with the eternal kingdom, not the temporal kingdom of the state.

Anyway, back in the 1980’s, a book was published by our denominational publishing house entitled Evangelical Style, Lutheran Substance.  Evangelicalism back then was popular and evangelical churches were growing to mega-dimensions.  The book argued that Lutherans should become like American evangelicals, jettisoning their antiquated liturgy in favor of contemporary music, an informal atmosphere, and lively preaching.  We could do that and still keep our “Lutheran substance”–that is, our doctrinal convictions–but if we just adopted that “evangelical style,” we would become much more popular and our congregations and church body would grow to new heights.

Many of our districts, pastors, and congregations adopted that tactic.  Of course, style and substance are not so easily separated.  In pursuit of the “evangelical style,” many Lutherans started using evangelical Bible studies and Sunday School curriculum, downplayed the sacramental life in favor of evangelical conversionism, and became virtually indistinguishable from the non-denominational megachurch down the road.  I’m not saying that every congregation that adopted contemporary worship went that far, but some did.  And, to be fair, this approach seemed to “work,” with some Lutheran churches growing to mega- proportions, though often at the expense of “Lutheran substance.”

This same pattern happened in nearly every denomination.  Calvinists had their own way of worshipping and teaching, but conservative Presbyterians also began to look like “evangelicals.”  So did Wesleyans.  So did Baptists.  So did Pentecostals.  Even some Anglicans moved in this direction.  Even some Catholics toned down their liturgy and brought out the guitars and contemporary Jesus songs.

The biggest Evangelical churches were nondenominational, which meant not only being unaffiliated with other churches, but setting themselves apart from any particular theological tradition.  Pastors could teach pretty much whatever they wanted to.  And the people in the pew could believe pretty much what they wanted.  You could hold a Reformed view of salvation or an Arminian view, and that was all right.  You could speak in tongues if you wanted to, but you didn’t have to.  Though there tended to be an implicit theology–hardly any baptized infants or celebrated the Lord’s Supper much–the implication was that we are going on our own and that new approaches will be better than the old ones.

But that meant that when various denominations emulated the evangelicals, they too became non-denominational, losing their distinctives and their theological identity.

This happened became Evangelicalism was so popular.  But it isn’t popular any more.  It is “other.”  The old argument was that churches needed to become like the evangelicals in order to reach the culture.  But today the culture finds evangelicalism to be, as Hunter says, “repugnant.”

Black Churches are not reviled but are widely respected in the culture, even among non-Christians.  Many of those are proudly Baptist.  Or Pentecostal.  They share the theology of white Baptists and white Pentecostals.

The culture doesn’t have anything against the various Protestant traditions, as such, just with “Evangelicals.”

Having different niches of Christianity, churches with different emphases and flavors, can give the non-churched different options, one of which might convey Christ to them.

The diversity within Christianity can appeal to our increasingly diverse culture.  The faith could not be dismissed simply because one church or the other is “too political,” since other churches would not be political at all.

There would not be theological unity, but there could be a unity of worldview that could become a beneficial influence to the culture, as Christianity has been throughout history and throughout the world, until now.  And there could be a unity in Christ, to be fully known only in eternity, but still experienced among fellow believers, particularly when they come up against the hostility of a secularist world.

Image by Denis Poltoradnev from Pixabay

March 3, 2021
Why Evangelicals Are So Disliked, Part II
Next Post

March 5, 2021 Foucault's Philosophy of Power, Sex, and Death
Recent Comments
0 | Leave a Comment
"That's funny, I thought the first university was founded at Taxila around 700 BC? Not ..."
guerillasurgeon What Rejecting God Did to Higher ..."
"I think the mainline denominations are likely to combine into one very small and very ..."
SAL The Institutions Americans No Longer Believe ..."
"Didn't she shout "taser" before she drew though?"
DC Kurtz The Institutions Americans No Longer Believe ..."
"No response from Disqus? Color me not surprised; they never answer to anybody.I don't usually ..."
Amaryllis What Rejecting God Did to Higher ..."
Browse Our Archives
get the latest from
Cranach
Sign up for our newsletter
POPULAR AT PATHEOS Evangelical
1