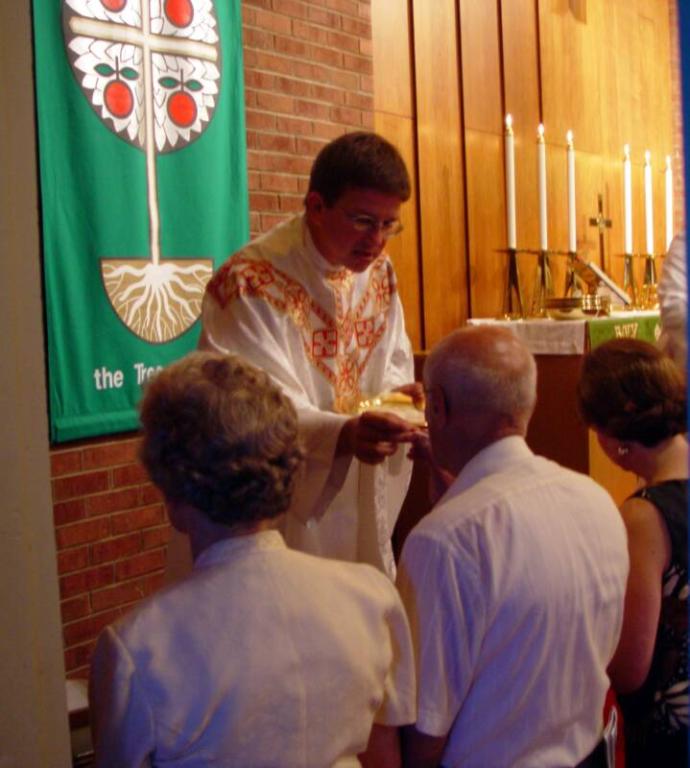 Joy Pullman, the executive editor of The Federalist and a Missouri Synod Lutheran, is always worth reading.  She has written an article entitled  Christianity’s Growth Problem Isn’t Politics, It’s Our Failure To Have And Evangelize Children. The title gives her thesis, and I urge you to read what she has to say.

I want to return to that topic later, but for now I want to call your attention to a link that she included in that article, by way of explaining how the word “evangelical” has historically been  another way of referring to “Lutherans” (just as “Reformed” refers to “Calvinists”).

She links to a quotation by Hermann Sasse, the confessional Lutheran theologian who opposed Hitler and the Nazification of the German church.  It shows how the Lutheran church–a.k.a. “the evangelical church”–is different from both the Roman Catholic Church and the Reformed Churches, while also being in continuity with the historic “catholic” church in a way that Rome is not.  Here it is, from the website What Sasse Says:

“Lutheran theology differs from Reformed theology in that it lays great emphasis on the fact that the evangelical church is none other than the medieval Catholic Church purged of certain heresies and abuses. The Lutheran theologian acknowledges that he belongs to the same visible church to which Thomas Aquinas and Bernard of Clairvaux, Augustine and Tertullian, Athanasius and Ireneaus once belonged. The orthodox evangelical church is the legitimate continuation of the medieval Catholic Church, not the church of the Council of Trent and the [First] Vatican Council which renounced evangelical truth when it rejected the Reformation. For the orthodox evangelical church is really identical with the orthodox Catholic Church of all times. And just as the very nature of the Reformed Church emphasizes its strong opposition to the medieval church, so the very nature of the Lutheran Church requires it to go to the farthest possible limit in its insistence on its solidarity and identity with the Catholic Church. It was no mere ecclesiastico-political diplomacy which dictated the emphatic assertion in the Augsburg Confession that the teachings of the Evangelicals were identical with those of the orthodox Catholic Church of all ages, and no more was it romanticism or false conservatism which made our church anxious to retain as much of the old canonical law as possible, and to cling tenaciously to the old forms of worship.”

The Reformed like Luther a lot, but they say he “didn’t go far enough” in reacting against Catholicism, keeping a strong emphasis on the sacraments, retaining liturgical worship, etc.  But, as is said today, the Lutheran preservation of historic Christianity is not a bug but a feature!  Luther was trying to reform the existing church, not get rid of it, much less wanting to start a new one.

Also interesting is the comment on Sasse’s quote from the poster, Acroamaticus:  “If the Evangelical Church is the medieval Catholic Church reformed, then the distinctly Roman Catholic Church begins with the Reformation, or more specifically with Rome’s authoritative response to the Reformation, the Council of Trent. Roman Catholicism surely reaches its ‘apotheosis’ with the promulgation of the doctrine of Papal Infallibility at Vatican I in 1870. This doctrine, which exalts the Pope over scripture and history, stands in absolute contrast to the Evangelical rule of faith.”

June 22, 2021 The Republicans' Three-Legged Stool is Coming Apart
Recent Comments
0 | Leave a Comment
Browse Our Archives
get the latest from
Cranach
Sign up for our newsletter
POPULAR AT PATHEOS Evangelical
1