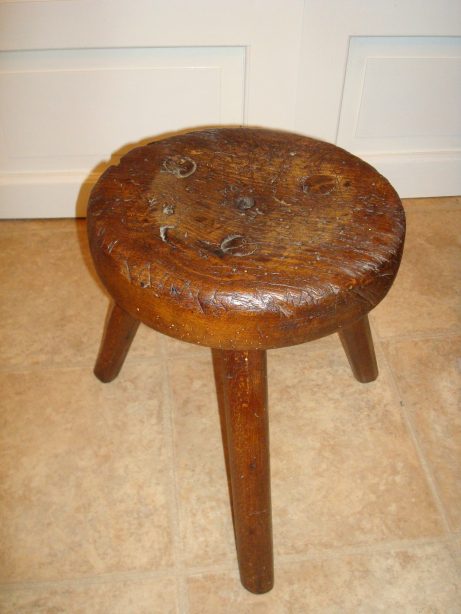 The Republican Party and the conservatives who make it up are going through an identity crisis, what with losing the executive and legislative branches in the last election and trying to decide whether to embrace Trumpism or run away from it.

The fact is, there are different kinds of conservatism.   Ronald Reagan managed to pull them together so that they took over the Republican Party, but now that coalition is coming apart.  Pundits speak of a “fusionist coalition,” using the metaphor of a three-legged stool, whereby three different kinds of conservatives formed a political alliance:  social conservatives, libertarians, and anti-communists.  Or, as it was described at the time, family values, limited government, strong defense.  Or, to update the terminology, think of the Christian right, business interests, and neo-conservatives.

(In truth, “libertarians” include individuals with a strong commitment to civil liberty and small government, as well as laissez faire free market capitalists.  Though libertarians do believe in free markets, they don’t necessarily believe in big business, which can be as problematic as big government. By “neo-conservatives,” I mean those who want to project Democratic principles around the world, even when that requires military interventions, as happened in both the Cold War and the Wars in Iraq and Afghanistan.)

But now these conservatives tribes are warring against each other.  Or, to keep up the metaphor, the legs of the stool are falling off, and the Republicans who have been standing on it are teetering.

Cameron Hilditch has written a very perceptive account of these intra-conservative debates.  Here is a sample from his essay How the Right Is Dividing over the Nature of Power [my paragraphing; my bolds]:

The faction of the old fusionist coalition that cared most about the power of civil society (which is to say, churches, social clubs, and other nonprofit voluntaristic associations) was the social-conservative constituency. Alongside libertarians and anti-communists, social conservatives were the third leg of the famous three-legged electoral stool that formed the basis of the conservative counterrevolution of the 1980s.

But after five neoconservative or fusionist Republican presidential terms had passed between 1980 and 2016, social conservatives began to feel as if their leg of the stool had been sanded down to a stub, with Republican politics being propped up by business interests motivated more by libertarian economics than by culture warring.

As they saw it, the Reagan revolution had failed to arrest the exponential liberalizing of American culture that had been set loose in the land during the 1960s. Contemplating a legal-abortion regime that had remained unchanged since the Roe v. Wade ruling, the legalization of gay marriage and its rapid assimilation into bourgeois culture, the spread of transgender ideology, and the shameless exhibitions of vice that saturate entertainment media, many social conservatives began during the middle of the last decade to consider the possibility that the Reagan-era bargain they’d made with the libertarians had left them empty-handed.

This group of newly disillusioned social conservatives began to turn on libertarian politics and economics at astonishing speed. Not only was market power criticized for its ineffectiveness at checking the spread of social liberalism, it was condemned as co-conspiring and collaborating with the onward march of the cultural Left. More and more conservative thinkers began thinking of, and writing about, social and economic liberalism as two sides of the same coin, both aiming to emancipate the individual from the traditional ties that once bound one person to another.

I would add that Democrats also had a three-legged stool:  academia, the working class, and racial minorities.  Today that has morphed into academia, woke progressives, and big business.  Yes,  big business has broken off from Republican stool and has attached itself to the Democratic stool.
Meanwhile, the Republican stool, under Trump, had as legs the social conservatives and the working class.  Yes, the stool only had two legs, which made it unstable.  Yes, the working class leg has broken off from the Democrats and attached itself to the Republicans.
The metaphor has its limitations, of course.  I would say that the individual libertarians have stayed with the Republicans, while the big business libertarians have gone over to the other side.  Minorities are still mostly with the Democrats, with many joining the ranks of “woke progressives,” most of whom are affluent whites.  But more and more working class minorities are going with the Republicans.
So where does that leave us?  Both of the new “stools” are rather unstable.
I propose that conservatives bring back the category of “anti-communist,” in the form of “anti-socialist.”   The struggle against Communism really did unify not only Republicans but Americans as a whole, including Democrats.  Today, their “neo-conservative” heirs who brought us the wars against militant Islam were mostly Never-Trumpers.  But I think the “anti-communist” ideology can be rehabilitated, as the Democratic-controlled federal government becomes ever-more intrusive, in debt, and left wing.
The American public, ravaged by inflation, taxes, and the erosion of civil liberties, will rally around a cause like that.  The legs of the stool can be glued back on.  In fact, more legs could be added:  crime victims, including minority casualties of the left wing defund the police movement; small businesses damaged by inflation and anti-competitive corporations;  immigrants who fled socialism and don’t want it here; opponents of Chinese economic dominance, as well as their influential new ideology combining socialism with great wealth for a few; etc, etc.
Photo:  Milking Stool by Nerijp, CC BY-SA 3.0 <https://creativecommons.org/licenses/by-sa/3.0>, via Wikimedia Commons