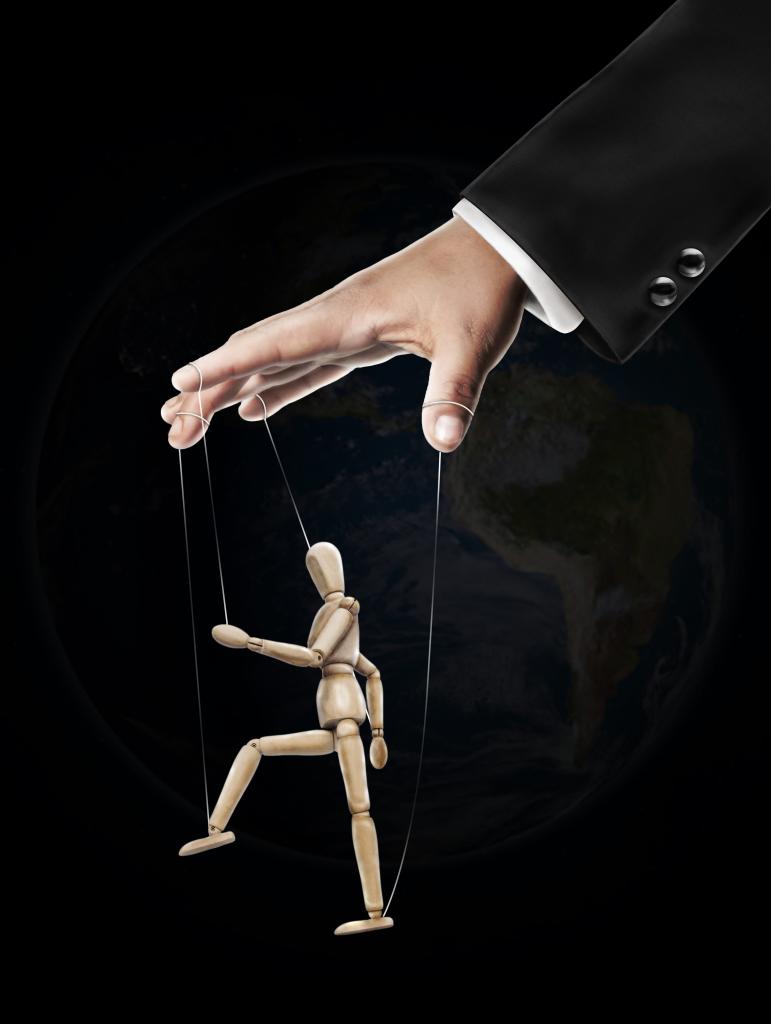 In yesterday’s post I referred to an article by Catholic author George Weigel, who said that he is all for the modern version of the Mass, but criticizes the Vatican for the heavy-handed way they put the kibosh on the traditional Latin version.  His article, Liberal Authoritarianism and the Traditional Latin Mass, put a name to a phenomenon that goes beyond ecclesiastical disputes:  Liberal Authoritarianism.

Progressive Catholicism has typically been characterized by an authoritarian streak—a tendency to bullying and intimidation that certainly bespeaks impatience and may suggest a lack of confidence in its proposals and arguments. In the present pontificate, that has led to an extreme notion of papal authority that might make Pope Pius IX blush.

Liberal Catholics used to downplay papal authority, but now that one of their own, seemingly, is in power, they demand obedience.  Of course, conservative Catholics used to insist on papal authority above all, but now that they have a more liberal pontiff, they are looking for loopholes.  So that’s probably just the inevitable nature of ecclesiastical politics.  But Weigel’s reference to progressives having “an authoritarian streak–a tendency to bullying and intimidation” sounds familiar and has a broader application.

Liberals used to have the reputation of advocating diversity, tolerance, and letting people do what they want, a “live and let live” attitude and championing civil liberties, with an emphasis on liberty.  In my academic world, liberalism stood for the “free speech movement” on campus–including the freedom to use obscenity and other forbidden words–as well as “sexual freedom” and the ability of students who design their own curriculum.  In politics, liberals promoted freedom in the Civil Rights movement, sent military aid and sometimes even troops to other countries “fighting for freedom” in the Cold War, and eventually pushed for “free trade” globally.

We conservatives certainly had a libertarian streak and agreed with much of that,  but we often spoke of “ordered liberty,” not wanting to throw out morality, tradition, and the rule of law.

But now the progressives in academia are enforcing speech codes, policing sexual relations, and mandating courses and workshops that can seem like political indoctrination.

The liberal states have certainly taken the most authoritarian line in dealing with the COVID pandemic:  Children must not go to school.  Businesses are not allowed to open.  Churches are forbidden from meeting. You must wear a mask at all times, even outdoors.  You must stay at least six feet away from other people.

Even after the pandemic is on the decline, some leaders–virtually all of them Democrats–want to keep up the restrictions.  There is, though, a hesitancy to mandate vaccinations.  While the media focuses on Trump supporters and evangelical Christians are being the main COVID and vaccine deniers, Black Americans are similarly vaccine hesitant, at about the same rate, with 28% of white Republicans, 25% of African-Americans, and a whopping 37% of Hispanics saying they will never get the shot.  (Hispanics are another Democratic constituency, for now, but once again they show how they may be Republicans at heart.)

Now that we are experiencing another surge of COVID infections, the impulse of many Democratic governors is to clamp down again, while Republican governors want their states to stay open.  With about 60% of American adults fully vaccinated, including 80% of seniors who are most in danger of the disease, no one seems to be making the libertarian case that now we should just let people live according to their decisions, with the unvaccinated accepting their risk as they have chosen to do.  No, we should shut down and make the vaccinated wear masks against a disease they are likely neither to get nor to transmit, in a show of protecting those who do not want to be vaccinated, whether they want to be protected or not.  (And the vaccine skeptics are also among the most vehemently opposed to all of the lockdowns!)

My topic for now, though, is not COVID policies but “liberal authoritarianism.”  I agree that President Joe Biden does not seem to have an authoritarian personality.  But you can’t say that of Speaker of the House Nancy Pelosi, New York governor Andrew Cuomo, California governor Gavin Newsom, Michigan governor Gretchen Whitmer. . . .all of whom seem to enjoy telling people what to do.

As for social media, the progressive civilians employ shaming, shunning, policing, and judgmentalism on a scale that puts Puritan small towns to shame.

All I’m saying is that conservatives used to have the reputation–and perhaps the temptation–of being authoritarian.  Now we are in an era of liberal authoritarianism.

Or maybe what we’re seeing is the transition from traditional liberalism to the “successor” to liberalism, a mindset that is not only political, but that extends even into churches.

July 30, 2021 Panpsychism and the Scientific Search for Consciousness
Recent Comments
0 | Leave a Comment
"I think you mean we theologically orthodox, morally traditional Lutherans have never been popular. Liberal ..."
Tom Hering Should Christians Fight the Culture or ..."
"As ever, the temptation here is to see one's self as a spectator, cheering on ..."
tODD Should Christians Fight the Culture or ..."
"Dude, you're stretching."
Rev_Aggie_98 Vocation vs. Slavery
"Rev,No, I just wrote that your comment begs the question of the superiority of Christians ..."
Curt Day Vocation vs. Slavery
Browse Our Archives
get the latest updates from
Cranach
and the Patheos
Evangelical
Channel
POPULAR AT PATHEOS Evangelical
1

Vocation vs. Slavery
Cranach
Books by This Author Books by Gene Veith