“He refused to be called the son of Pharaoh’s daughter” 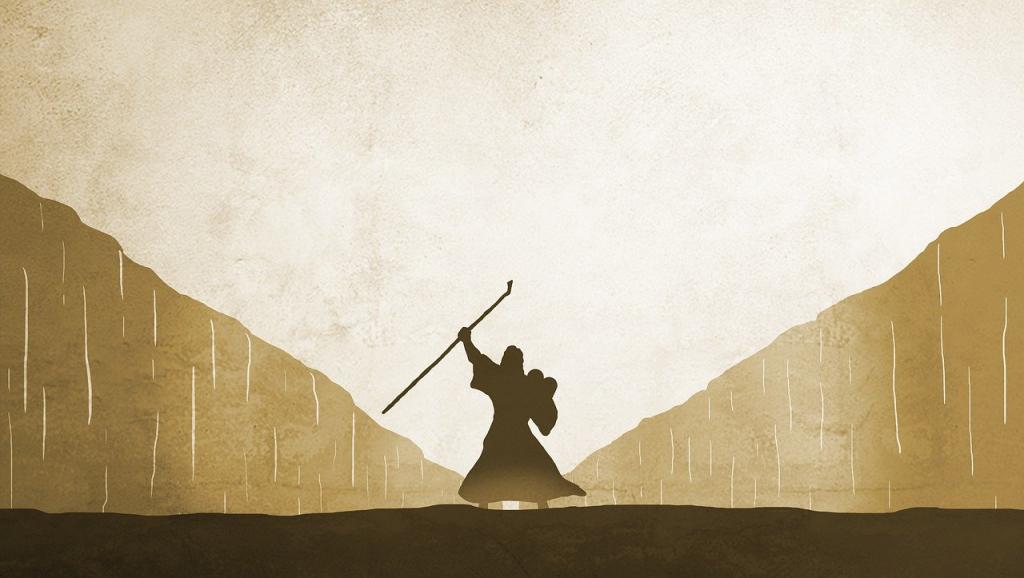 Moses is a towering figure of the Bible.  He wrote the first five books, received the Ten Commandments, delivered the Levitical civil and ceremonial Law, and led the Children of Israel out of slavery.  And yet, he was inspired to say of himself, “Now the man Moses was very meek, more than all people who were on the face of the earth” (Numbers 12:3).

In an essay on Thanksgiving entitled “The Separatist,” Kevin D. Williamson writes about how the Pilgrims were religious separatists, resolved to separate themselves from the world by forming their own religious community.  They took being driven out of their homeland as an opportunity to do so.  They considered themselves, writes Williamson, to be “New Israelites in a New World that was simultaneously their exile and their Promised Land. They came home to exile, and, in exile, they came home.”

He was an alien to the people he served. He was raised by foreigners — in the very household of Pharaoh himself! — and married to a foreigner, much to the disgust of his fellow tribesmen and his own family, who rejected the notion that a man married to an alien could ever be a deserving and credible leader of the people. He was physically separated from his people for most of the important events of his life. In truth, they hardly knew the man. Moses did not enter the Promised Land with his people. He did not live in the Promised Land with his people. He did not die among his people. He is not buried among his people. He was not loved by his people — they threatened to stone him when his leadership disappointed them. He did not even impress his people — he had a speech impediment, he was so shy that he spoke to his people through his brother Aaron, and he was no swaggering conqueror. Instead, he “was very meek, above all the men which were upon the face of the earth.”

As a young man, Moses had everything. He lost it. He died with nothing — neither wealth nor political power nor status nor even the love and respect of his people. His body lies in an unmarked grave. Why did he give up everything that ordinary men treasure and hold to be the highest goods and most desirable possessions?
Because “he refused to be called the son of Pharaoh’s daughter.”. . .

That Scriptural text is worth considering more fully:  “By faith Moses, when he was grown up, refused to be called the son of Pharaoh’s daughter, choosing rather to be mistreated with the people of God than to enjoy the fleeting pleasures of sin” (Hebrews 11:24-25).

The Pilgrims rejected their comfortable, though restricted, lives in highly-civilized England, choosing instead to endure the hardships of the wilderness and the deadly New England winter so that they could be free and could start their own society.  This too was “by faith.”

And we too, like all Christians, are “exiles,”  We, like Moses, as he describes himself in naming his son, are “strangers in a strange land” (Exodus 22:2; KJV).   Here is the context of the comment about Moses’ refusal from the book of Hebrews:

These all died in faith, not having received the things promised, but having seen them and greeted them from afar, and having acknowledged that they were strangers and exiles on the earth.  For people who speak thus make it clear that they are seeking a homeland.  If they had been thinking of that land from which they had gone out, they would have had opportunity to return.  But as it is, they desire a better country, that is, a heavenly one. Therefore God is not ashamed to be called their God, for he has prepared for them a city.  (Hebrews 11:13-16)

Progressives have made a ritual of “owning their privilege,” confessing and expressing regret for the advantages they have enjoyed for being white, or male, or heterosexual, or American.  But they tend not to actually give up any of that privilege and, in fact, like to extend it with political and social success.  They don’t go as far as Moses did.  Or as far as Christians will be called to do in their pilgrimage to the heavenly city that God has prepared through Christ.

November 30, 2021
When Evangelicals Were Considered Too Progressive
Next Post