What Americans Believe about Suffering 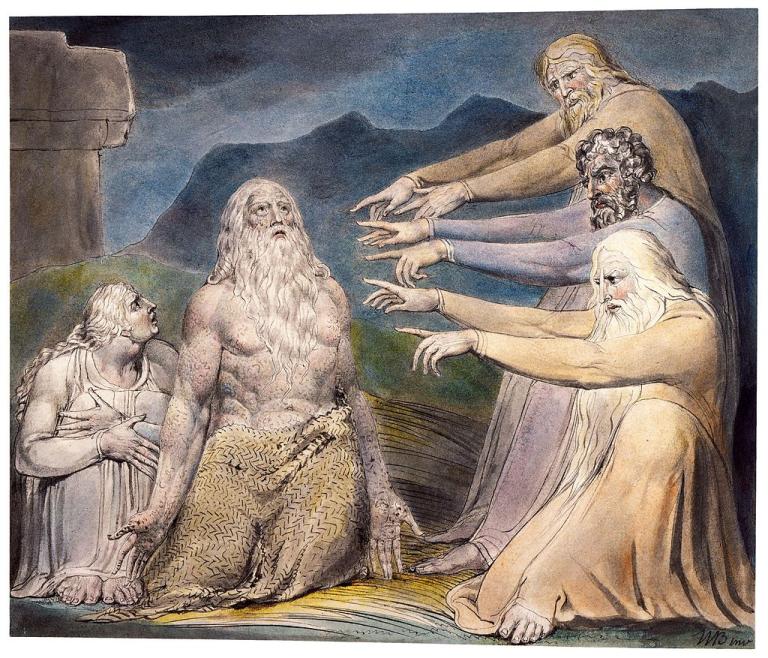 So I appreciate studies that try to get at what Americans actually believe.  Pew Research has conducted an illuminating survey of how Americans view suffering and what they believe about the afterlife.  (See the report here.)  We’ll take up the first topic today and the second topic tomorrow.

The conventional wisdom is that one of the obstacles to faith for modern and postmodern people is the problem of suffering.  If there is an almighty and loving God, how can He allow so much suffering in the world?  Perhaps, so goes the reasoning, God is not almighty.  Or He is not merciful.  Perhaps He is responsible for all of the evil and suffering in the world.  Or perhaps He doesn’t exist at all.

That conundrum has long haunted believers–it’s enshrined in the Bible itself in the Book of Job–and has inspired a whole field of reflection known as theodicy.  (Read the unusually good article on theodicy at Wikipedia.)  It’s usually resolved in terms of God’s purposes, human freedom, the effects of suffering on the soul, the consequences of the Fall, the incarnate God’s crucifixion and atonement, etc.

Ironically, this has seemed to be more of an issue in the last few centuries than it was for Christians in the ancient, medieval, and Renaissance world, despite the great suffering that was common in those eras that knew nothing of modern medicine.

Surprisingly, though, the Pew study shows that the religious problem of suffering is not a major concern for most people today after all.

Only 14% of American adults say that “sometimes I think the suffering in the world is an indication that there is no God.”   A similar percentage say that suffering makes them doubt whether God is all-powerful or loving.

So how do Americans today account for and make sense of suffering?

The biggest reason, though, cited by 86% of the respondents, is that “sometimes bad things just happen.”

And yet, most Americans believe suffering has purpose and meaning.  Nearly two-thirds, 62%, say that suffering “provides an opportunity for people to come out stronger.”

Their views often have a spiritual context.  Over half, 56%, believe that God chooses “not to stop the suffering in the world because it is part of a larger plan.” Seven out of ten respondents seem to accept the “freedom” theodicies, believing that human beings are free to act against the plans of God.  And over four out of ten Americans, 44%, believe that “Satan is responsible for most of the suffering in the world.”

Now these responses show some theological naiveté.  And I’d like to see further breakdowns.  For example, what are the views of people in cancer wards or who in other ways are suffering more than most people are.

But there is also some wisdom here.  The 86% who believe that “sometimes bad things just happen” are right.  Some measure of suffering is inevitable in this fallen world.  It’s part of the cost of our existence.  And, contrary to what the antinatalists say, the fact of suffering does not invalidate the pleasures, joys, and value of life.

And the whopping 44% who believe that Satan bears responsibility for the evil and suffering in the world are agreeing with historic Christian teachings on the subject, even though the role of the forces of spiritual darkness has been much neglected in much of contemporary Christianity.

Meanwhile, the small percentage who do wrestle with God over these issues deserve our respect.  They may be closer to the theology of the Cross than those who hold to more optimistic theodicies.  Bearing one’s cross may bring a person closer to the Cross of Jesus, who bears their suffering along with the sorrows and transgressions of the whole world:

Surely he has borne our griefs
and carried our sorrows;
yet we esteemed him stricken,
smitten by God, and afflicted.
But he was pierced for our transgressions;
he was crushed for our iniquities;
upon him was the chastisement that brought us peace,
and with his wounds we are healed.  (Isaiah 53:4-5)

HT:  Jeremy Weber in Christianity Today.  (Read his article on the study.)

December 1, 2021
“He refused to be called the son of Pharaoh’s daughter”
Next Post

December 3, 2021 What Americans Believe about the Afterlife
Recent Comments
0 | Leave a Comment
Browse Our Archives
Related posts from Cranach