What Americans Believe about the Afterlife 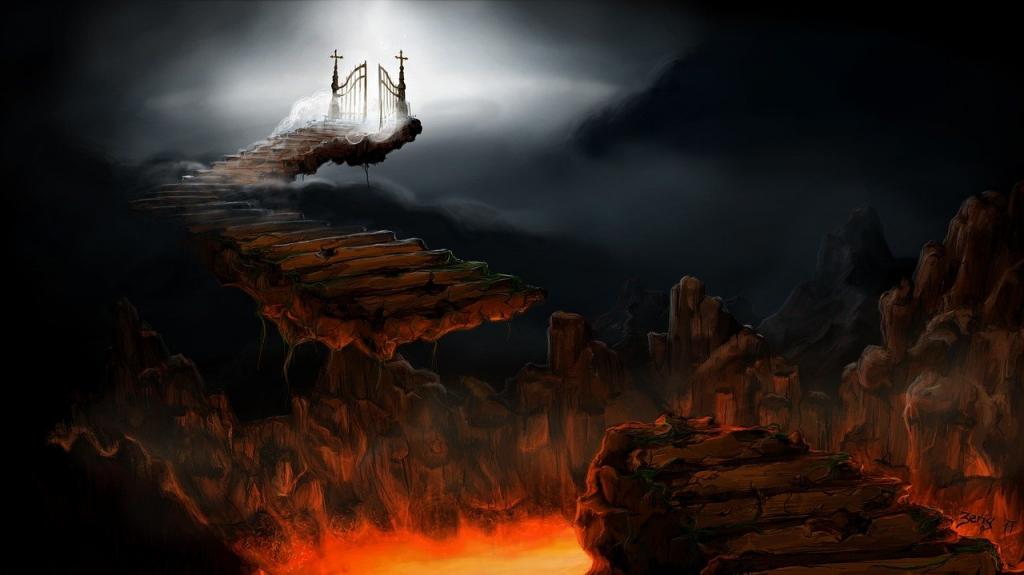 The Pew Research study of Americans’ beliefs about suffering that we blogged about yesterday also found that “many Americans believe in an afterlife where suffering either ends entirely or continues in perpetuity.”  This led to further research about what Americans believe about life after death.

What are Heaven and Hell like?  According to the report,

The vast majority of those who believe in heaven – which is most U.S. adults – say they believe heaven is “definitely” or “probably” a place where people are free from suffering, are reunited with loved ones who died previously, can meet God, and have perfectly healthy bodies. And about half of all Americans (i.e., most of those who believe in hell) view hell as a place where people experience psychological and physical suffering and become aware of the suffering they created in the world. A similar share says that people in hell cannot have a relationship with God.

Can people who don’t believe in God go to Heaven?  “Yes,” say 39% of Americans.  That comes to 21% of Evangelicals, 56% of mainline Protestants, 31% of members of historically black churches, and a whopping 68% of Catholics.

Christians were asked whether non-Christians can also go to Heaven.  “Yes,” say 44% of all Christians.  That breaks down into 23% of Evangelicals, 56% of mainline Protestants, 40% of members of historically black churches, and another whopping  61% of Catholics.

I wish the study had asked the evangelistic question of how a person expects to get there.  Is it by good works?  By faith?  And is faith construed as just a generic “believing in God,” or a quasi-good work like “making a decision for Christ,” or is it a trust in the atoning work of Christ?

Catholics used to be known for their preoccupation with Heaven, Hell, and Purgatory (not mentioned in the report), as well as for their exclusive claims that the Church of Rome provides the only way to get to Heaven.  But no longer.  In fact, the belief that atheists and other non-Christians can go to Heaven has become an official Catholic teaching.

And though beliefs about the afterlife have become more “inclusive” across the board, it is surely significant that even in a seemingly highly secularized society, the belief in not only rewards but punishments in the afterlife–despite the latter being noticeably downplayed in most churches today–still persists and persists strongly.

December 6, 2021 Do "Rights" Limit or Empower the Government?
Recent Comments
0 | Leave a Comment
Browse Our Archives
Related posts from Cranach