The Real Reason Why the Church Is Falling 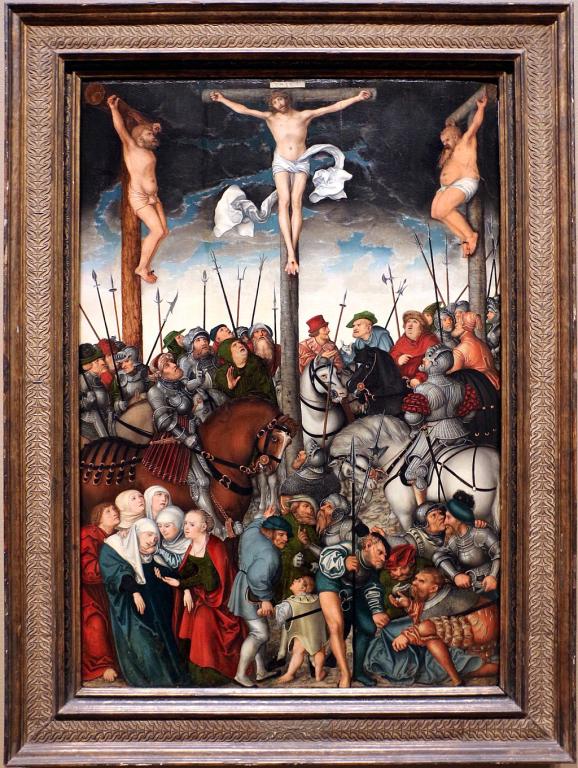 Today, churches across the spectrum–liberal and conservative,  Protestant and Catholic, evangelical and Pentecostal–are often downplaying justification by faith in the work of Christ on the cross, in favor of alternative gospels of leftwing politics, rightwing politics, social justice, prosperity, psychology, positive thinking, and a wide range of moralisms.

From the Introduction to the new and expanded 3rd edition of my book Spirituality of the Cross:

In my opinion, the moral and spiritual weakness of Christianity today derives from a broad-based de-emphasis on the Cross. To be sure, the incarnation, death, and resurrection of the Second Person of the Trinity is central to all of Christianity and all branches affirm that Christ’s crucifixion, in some sense, is connected to our salvation. Lutheranism is in solidarity with all of the other branches of Christianity, but it puts a particularly strong emphasis on the Cross of Jesus Christ, who, through His suffering and death, atoned for the world’s sins and gives us redemption. Indeed, the teaching that we are justified by faith in the atoning work of Christ on the Cross is considered “the chief article”—the underpinning of every aspect of Lutheran theology and, indeed, of the Christian faith as a whole.

In recent years, both liberal and conservative churches have been minimizing this teaching. Mainstream Protestants have been saying things like, “If God punished His son for other people’s sins, that would be cosmic child abuse” (ignoring the union of the Father and the Son in the Trinity). Many conservative Protestants and Catholics have been downplaying a high view of the atonement as an offense against God’s righteousness and so shifting the burden of righteousness back on us (ignoring our inability to bear that burden, as only God can). Christians from across the spectrum are saying that when the Apostle Paul teaches that the Cross frees us from the Law, that he is referring only to the ceremonial laws of the Old Testament (ignoring how those laws themselves are manifestations of atonement for moral transgressions).

Our natural religious impulses and the religions that we devise for ourselves tend to condition salvation based on what we do and what we deserve, on our “good works” or our “merit.”  When churches downplay the Cross, this legalistic, merit-based spirituality rushes in to fill the void. Thus, it is commonly believed, both inside and outside the church, that Christianity is all about morality, about “being good.”  As opposed to the Lutheran emphasis that Christianity is primarily about finding forgiveness when we fail to be moral, when we are not good.

Certainly, Lutherans believe in morality, in being “good” in all of the senses of that term, but this comes not from rules, external constraints, and the repeated cycle of failing and trying harder, but from an internal transformation that Christ creates by means of our faith. Without Christ’s justification, we try to justify ourselves. That is, we declare ourselves righteous by insisting on how virtuous we are, which becomes a formula for hypocrisy, rationalization, and conflict with others. And when we justify ourselves, we end up justifying our bad behavior. This explains why moralism is so often accompanied by immorality.

But when we no longer have to justify ourselves because Christ justifies us through His Cross, we are freed from all of that. Lutheran theologians say that this kind of justification is “the article upon which the church stands or falls.”  When a church plays down the Cross, it “falls.”  And that is what we are seeing today. Churches are falling.

Illustration:  “The Crucifixion” (1538) by Lucas Cranach the Elder, CC BY 3.0 <https://creativecommons.org/licenses/by/3.0>, via Wikimedia Commons 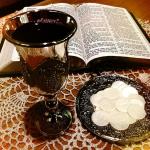 April 14, 2022 Christ's Presence
Recent Comments
0 | Leave a Comment
"For myself, I would suggest that both the USA and the UK need to develop ..."
Mo Fin MAGA vs. Trump
"Just circling back to say that this does look like a good organization for its ..."
SKJAM! “The Greatest Victory in the History ..."
"I took 4 today-average."
reg What Web Sites Would You Recommend?
"On the lighter side, Comics Curmudgeon, which makes snarky comments about the daily comic strips: ..."
SKJAM! What Web Sites Would You Recommend?
Browse Our Archives
Related posts from Cranach