My friend and Patheos colleague, Amber Barnhill, was approached by a student from a local Bible college for an interview. She had a list of questions to ask her for a project she is working on, and Amber decided to pass them along for the rest of us to chew on. The interviewer explained:

“It’s all aimed at being able to have open and honest conversations with people from different religions or with no religion at all.”

I figured I’d give my own answers, and maybe you can weigh in below to tell us how you would have answered them yourselves. 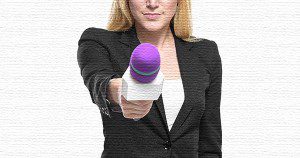 1) Have you ever been to church?

Grew up in church, regularly attended, became heavily committed and involved from age 16 to age 36. Bible-believing, conservative evangelical, with a seminary president for a pastor. Also went to a Reformed seminary and spent a decade as a leader in a small network of home churches.

2) Do you have any Christian friends or family members? If so, what do you think of their faith?

All of them are evangelical Christians. I’m the only one who left. I think the same way about their faith that I think of my own former faith: It’s a perspective on the world that in my estimation doesn’t match up with real life, but I still respect the intelligence and sincerity of the people who hold to it.

3) What do you think of Christians?

Some of them are great. Some of them are brilliant and well-educated. Some of them aren’t so much, though. And I suspect their church experience isn’t doing a good job of teaching them critical thinking skills, nor is it teaching them to critically evaluate the promises of politicians who pretend to have their best interests at heart. Also I’m beginning to see that it teaches them to care far too much about non-essential things (like avoiding swear words) while neglecting far more important things like helping the poor and needy in their midst.

4) What do you think of Jesus?

Unlike a growing number of atheists, I actually believe he existed, although I am skeptical of the supernatural claims made about him. I need more than an ancient story to convince me he could levitate, multiply food, and come back from the dead.

But as for his teachings, some of what he said sounds a lot like humanism. Whenever he said things like “love your neighbor as yourself,” or “do unto others as you would have them do unto you,” I find myself in agreement with him. But sometimes he said things that were very anti-humanistic, like when he said that we are all fundamentally evil, that no one is good, and that we should deny ourselves and somehow embrace things which are done to harm us (i.e.“take up your cross”).

5) What do you think of the Bible?

I think it’s a fascinating anthology of wildly different theologies, different pictures of God, that often contradict each other in ways that at one time I explained away but now no longer believe can be rationally reconciled. When it speaks of scientific matters, situated as it was within a pre-scientific worldview, it often misses the mark badly.

The same can be said of when it speaks on social issues (the rights of women, treatment of foreigners, sexual norms, etc). Any modern reading of the book must take into account the historical and social context in which it was written, as well as the literary genre being used at the time. Whenever either of these are forgotten, the book quickly becomes a weapon for the suppression and control of others, which I oppose in the strongest of terms.

6) Has anyone ever preached to you personally?

Quite a lot. And since I write from an atheistic perspective for public consumption, in one way or another someone is preaching to me every single day. And given that I live in the Bible Belt, the proselytization is by no means limited to online interaction. One particular gentleman at the gym launches into a brief sermon almost every time our paths cross in the locker room.

7) How would you feel if someone tried to persuade you to believe in Jesus? Would it make a difference if that person were a stranger or if they were close to you?

I’m used to it. My family has learned to ease up on that since there isn’t anything they could say that I myself haven’t said to someone long before they learned to say it (years ago I was more devout than they are now). But it took effort on my part to establish those relational boundaries, and with strangers I don’t have that luxury, so I have to exercise a lot more patience with them. At this juncture, my expectations toward my family are higher, since in order to maintain healthy ongoing relationships it is incumbent on all of us to respect each other’s wishes.

8) What are your biggest objections to Christianity?

Outside of the claims of the Bible, I don’t see any persuasive reason to believe their story. Experience persuades me that people don’t come back to life again after they die, and it’s not enough for me that a very old book says they can.

But it’s not just about things that were to have happened thousands of years ago (which none of us can know at this point). The Christian message makes easily refutable claims about things that should be observable today. It promises healings, answers to prayer, immunity from poisons, material blessing in return for tithes and offerings, and observable character formation among its adherents. Experience has invalidated these claims over and over again, and it only confirms my suspicions to see how routinely the blame for these failures is shifted to the skeptical observer rather than to the source of the claims themselves (i.e. the Bible).

9) Hypothetically speaking, if the claims of the Christian faith were proven true beyond a shadow of a doubt, would you become a Christian?

Of course. But a much more interesting question to me is:  What do YOU think should constitute such proof for me? Would you be willing to enumerate truly testable (read: falsifiable) claims of the Christian faith? And in the event that it fails those tests, would the goalposts then be moved and the terms redefined to accommodate whatever actually happens?

Here’s an even better question: Is there anything that would, for you, disprove the Christian faith? Something that could truly be tested and evaluated by us today? Would you be willing or able to offer such a thing?

10) Describe your beliefs about God, salvation, the afterlife, etc.

God: So far I haven’t heard of any gods that sound believable to me. Certainly the ones about which testable claims have been made have all come up lacking.

Salvation: Whatever problems we face in the world, including the ones of our own creation, I am persuaded that we ourselves are also the ones who will have to devise our own solutions if we are to have any hope for succeeding and thriving as a species. I’m willing to acknowledge that we are our own worst enemies, but I believe we are also the only saviors we will ever have. Gulp.

Care to add anything of your own? Feel free to comment below, and I’ll make sure the interviewer catches the discussion as well. 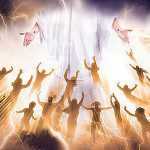 November 2, 2016
The Return of Jesus and the Radicalization of American Politics
Next Post 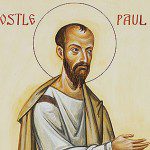 November 6, 2016 Paul, the True Founder of Christianity
Recent Comments
0 | Leave a Comment
Browse Our Archives
get the latest from
Godless in Dixie
Sign up for our newsletter
POPULAR AT PATHEOS Nonreligious
1