The Bible doesn’t condemn abortion. Indeed, God ordered it himself.

I remember being told when living and working in Saudi Arabia at various times over the years that women were legally required to cover their hair and bodies in public there because it’s a sacred canon of Islam.

Except it isn’t. I was also told the holy Quran only prescribes female general “modesty” and chastity, much as Christianity does, not oppressive dress codes.

In other words, it’s an ancient social custom that over time has come to be viewed as a divinely decreed religious edict. Proponents of veiling — hijab (hair covered) and niqab (head and face covered) — have told me that its modern continuation stems from the fact that Islam’s prophet, Mohammad, had his wives veil in public as a sign of their special status, not for modesty.

This religious corruption of ancient actualities is also seen in modern-day conservative Christian views on abortion.

In fact, early Christian theologians had mixed views on the sinfulness, or not, of abortion, and, in fact, the Bible says little about it except when God himself demanded it.

Neil Carter, in an engrossing September 28 post in his Godless in Dixie blog on the Patheos hub, talked about this dichotomy. In his post, titled “Episode 17: What Does the Bible Say About Abortion,” he writes:

“One more passage about abortion in the Bible must be noted before we can move on. In Numbers 5 we are told there are circumstances under which Yahweh actually instructed his people to perform an abortion. If a man suspected his wife of having slept with another man, he could take her to a priest, who would give her ‘bitter water’ to drink and then perform a curse over her in order to induce a miscarriage. Whether or not this ritual ever accomplished its purpose is difficult to say, since the only ingredients spelled out in the text are water, dirt, and ink (and of course ‘a curse’). But the intent of the punishment is clear: For her alleged infidelity, the Bible says her pregnancy should be terminated.”

Punishments for abortion in other situations were less concrete elsewhere in the Old Testament. In his recent post, Carter notes that Exodus 21:22-25 refers only to a simple fine for terminating a pregnancy, “since an unborn child wasn’t yet considered a separate person from the mother” — the same exact argument abortion proponents use now.

Otherwise, scripture is essentially mute on the subject. Which doesn’t mean church fathers didn’t have their own personal prejudices and rules surrounding the practice — private beliefs that have come to be viewed in modern times (as with Islamic veiling) as divinely required.

Part of the problem was that, then as now, even learned people had difficulty determining at what specific point in gestation that a fetus became a viable, “ensouled” person, eligible for all inherent rights of that status.

St. Augustine of Hippo, an influential Christian church father who lived as the Roman Empire imploded in the fifth century AD and Christianity began to expand, sought to split the difference of sinfulness between an abortion to save, or not save, a mother’s life.

“And therefore the following question may be very carefully inquired into and discussed by learned men, though I do not know whether it is in man’s power to resolve it: At what time the infant begins to live in the womb: whether life exists in a latent form before it manifests itself in the motions of the living being,” Augustine wrote. “To deny that the young who are cut out limb by limb from the womb, lest if they were left there dead the mother should die too, have never been alive, seems too audacious. Now, from the time that a man begins to live, from that time it is possible for him to die. And if he die, wheresoever death may overtake him, I cannot discover on what principle he can be denied an interest in the resurrection of the dead.”

So, he seems to be saying that sinfulness only comes into play after a fetus is viable — when it “begins to live,” in his words. In a 1986 New York Times letter to the editor, Rev. Russell J. Desimone, director of Villanova University’s Augustinian Institute, revealed in the following quotation Augustine’s struggle to identify the crime in abortion:

”The Law does not provide that the act” — loss of a fetus — ”pertains to homicide, because one cannot as yet say there is a live soul in that body deprived of feeling, if it is in a body not formed and therefore deprived of all feeling.”

And speaking of the “soul,” Augustine also wrestled with identifying when a fetus obtained its soul, which at the time was also inextricably linked to viable human life. Originally he decided this divine arrival happened at 40 days, but he adjusted that later.

Still, he believed abortion was wrong, as Rev. Desimone illustrates in his letter with the saint’s references to these Judeo-Christian quotations:

”The one about to be born must always be considered as one already born. … Do not take the life of the fetus by abortion: it is the work of God.”

Pro-lifers today use these same arguments as sacrosanct: that life begins at conception and, thus can be viewed as “already born,” and that all life is the “work of God” and mustn’t be tampered with.

Nonetheless, none of this derives from a divine biblical injunction against abortion, if there even is such a thing. It’s just an ancient guy making stuff up. 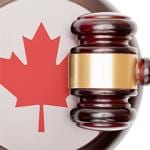 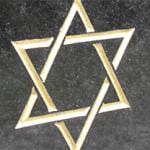