Science and the Death of Philosophy

Science and the Death of Philosophy December 9, 2012 Vic Sizemore 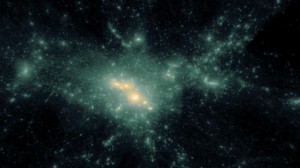 My boy is a bit of a science geek. He subscribes to Discover and Popular Science. They are both styled after the fashion of other pop magazines in an attempt to appeal to non-scientists (“Cold Fusion: A Special Investigation”).

Popular Science focuses on technology. The past year’s issues have featured an invisible, invincible war ship, faster racecars, the ultimate scuba system, elevators with speeds of forty miles an hour.

And there’s the new no-pulse mechanical heart that has revolutionized heart replacement by running steadily at 10,000 rpm instead of trying to pulse like a heart made of muscle. This advance is making the old heart, “that mimics nature’s lub-dub… as comically shortsighted as Leonardo Da Vinci designing a flying machine with flapping wings.” People are now walking around, living comfortably, with no pulse whatsoever.

Discover magazine has similarly catchy titles (“Death by Black Hole,” “Interview with a Hobbit Hunter”) but is not concerned with technology. Here’s a quick scan of featured stories from the past year: “Immortality within a Decade?” “How We Can Hide from Time,” “Dog Dreams,” “Life at the Edge of Space,” and “Do You Have Superhuman Vision?”

Two topics that arise regularly in Discover are cosmology and origins. November of this year featured “Life before the Dinosaurs.” In September it was “How the Earth Was Made.” Nestled between those, in the October issue was “One Second after the Big Bang.” In this article cosmologist Sean Carroll explains how he and his colleagues plan to travel back in time to 1/10,000 of a second after the Big Bang.

Carroll appears genuinely awed by what he and his colleagues are doing. He begins by giving paleontologists a little jab, saying that no matter how many or what kind of bones they dig up, “they still can tell only a small part of the story of what life on Earth was like millions, or even thousands, of years ago.”

In contrast, Carroll writes like a breathless groupie about what cosmologists are doing: it is “particularly amazing…impressive detective work,” which, “will surely go down as one of the most impressive accomplishments of the human intellect.”

All the superlatives aside, what they are doing is fascinating. The way they determine how far back they are looking has to do with finding “artifacts that have remained largely intact over vast spans of time.” And they have found light particles, or photons, which have “traveled undisturbed” dating back to “380,000 years after the Big Bang.” They aren’t content with that; they want to go further back, and they’re pretty sure they’ve found a way.

A couple of cosmologists came up with predictions and called their theory Big Bang Nucleosynthesis. They can, and have, tested this theory, and it is holding up. On the basis of this, cosmologists have “extrapolated our understanding back 13.7 billion years, to a few seconds after the universe began.” To get to the 1/10,000 second mark depends on their finding dark matter and then being able to test it as they have tested light.

Nobody is sure what dark matter is, much less how to find some to study. Still, what they have done is impressive detective work indeed.

My boy and I were talking about it, and I said to him, “What was one second before that?” He said, “A singularity,” but was quick to add that maybe it wasn’t that. There are other ways to explain it.

Some physicists posit the existence of many universes, or a multiverse, of which this is only one small part. That takes the pressure off of cosmologists to explain what was before the Big Bang, since the singularity would have to be, as Tim Maudlin, philosopher of physics at New York University explains, one of “low entropy” which is “very improbable or unlikely.”

This universe sprang from something that came before. Of course then there’s the question of where that came from, which I suppose we could follow back to Aristotle’s unmoved mover, but scientists are loath to go there.

That’s the realm of philosophy, and no less a thinker than Stephen Hawking has declared that philosophy “has not kept up with modern developments in science,” and therefore, “philosophy is dead.” I assume he believes theology to have been dead long enough as to not warrant mention.

Maudlin explains in an Atlantic interview: the multiverse theory exists in part to explain not only how our world began, but how it has come to be so uniquely tuned for supporting life. If there are many worlds operating by many different sets of physical laws, then eventually one is going to spring up to support life. Otherwise it appears to have been finely tuned by a genius.

He is quick to warn against mistakenly assuming that there are only two options here, a multiverse, or intelligent design (a term he seems careful to avoid).

And it would open up a whole new world of questions. This is why science needs philosophy. As Maudlin said in the interview, “There is just too much we don’t know.”

December 7, 2012
The Eclipse of the Airport Chapel
Next Post

December 10, 2012 Seasons of the Soul
Recent Comments
6 Comments | Leave a Comment
Browse Our Archives
get the latest from
Catholic
Sign up for our newsletter
POPULAR AT PATHEOS Catholic
1 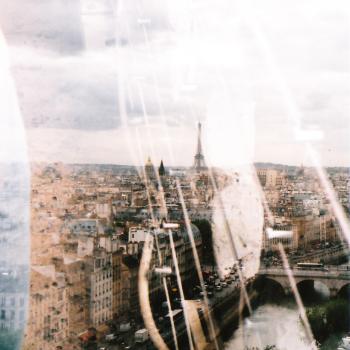 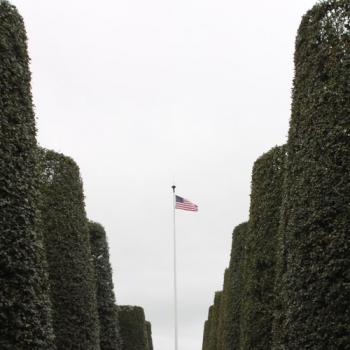 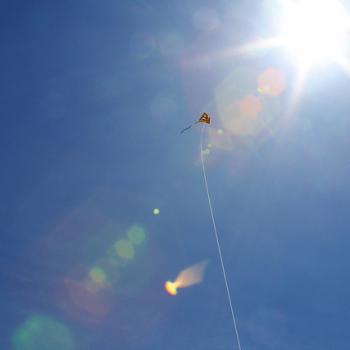